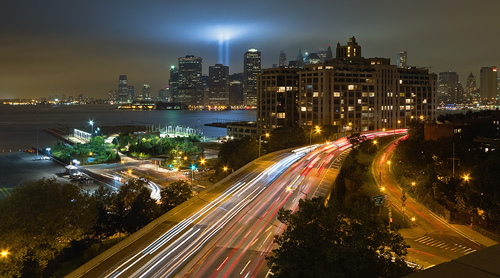 The Tribute in Light shines into the clouds, September 11th, 2011

If we are not going to forget, we must remember everyone, not only the ones who conveniently died here at home. They were all innocent. They always are.

It’s not really foreign evil that worries me, it’s the domestic, corrupt part of our establishment that pulls our strings and manipulates the public opinion.

So let’s not forget. How could we?