Peace on Earth has many faces. This will be a lonely end of the year, but I shouldn’t complain. While Marie has flown down to the land of sunshine and flowers to visit her parents, a well deserved trip, I have the privilege to spend some quality time with a big black cat with an attitude. It will be his first Christmas in family in many years.

So with nothing better to do on a Christmas Eve, I went out to reflect on the contrasts that make our city so complex.

The first scene was shot at the famous Rockefeller Center Christmas tree. It was utter chaos, as expected. Hundreds of thousands of people were pushing and squeeze to catch a glance of other people falling on the ice ring. Cell phones and cheap cameras were flashing all around. Cops were tired of the mob and barking at my tripod. 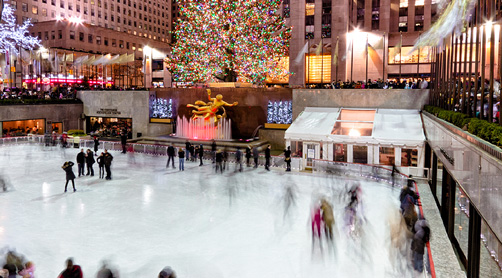 The second scene was shot no more than 45 minutes later at the Myrtle Promenade in the heart of Downtown Brooklyn, four and a half miles as the crow flies from the Rockefeller Center. Eerie solitude. A loudspeaker played Christmas songs into the cold air of the deserted plaza. It was as if time had run out and the clock of life finally stopped. 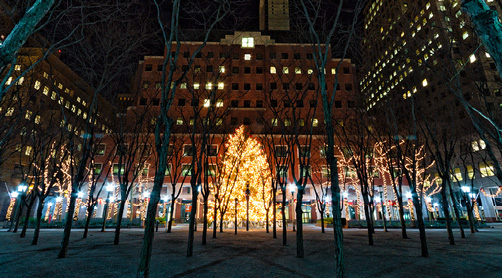 Merry Christmas to the blue planet and all its passengers. The absent ones are sorely missed.