A few days ago, after working an entire night up in the Vancouver skies, 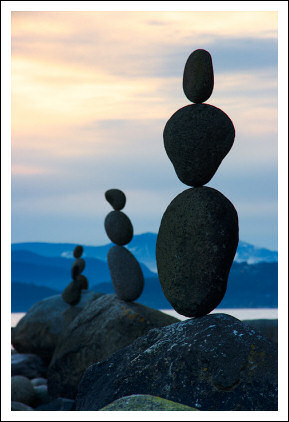 I walked home around 4:00 am, following the madness south on Granville Street as clubbers were pouring out into the chilly morning air. Then I sliced my way through a quiet West End and got home just on time to realize I was still in great shape and the day was dawning. I jumped into a pair of jeans and onto the bike and scrambled to Coal Harbour’s section of the Seawall with Abe and the Martian. A slightly dull sunrise was brewing but it would have to do – despite appearances, I’m not up that early and in photographing mood that often.

I passed by the nesting swan which strangely seemed to have gained a few eggs and was once again sitting next to her treasure in a very un-motherly pose. The Seawall was as nice as ever, empty, seemingly abandoned. I went as far as the 9 O’clock Gun and took a series of bracketed exposures of the sunrise on Burrard Inlet and then headed back home, where I raised Brooklyn via VoIP. Sigh.

It was Sunday and I could afford to nap, which I did shamelessly. But come late afternoon, I returned to the Seawall for my regular Stanley Park run. The scene was changed, the Seawall unrecognizable. A thick crowd strolled along the water as far as the eye could see. I had to slalom between human obstacles pretty much the whole way. People had come out, on this very nice afternoon, like spring buds on a grateful tree. 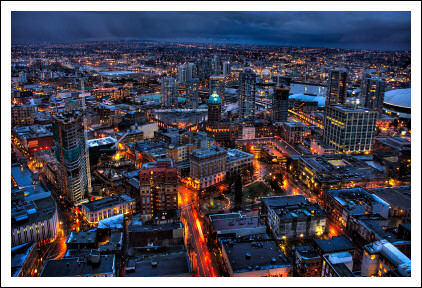 As I finished the loop, I noticed that  shores were partially exposed by the tide and many balanced stones had been laid out in the usual spot. It was stoningly beautiful and I instantly decided to come back right away with the camera.

I ran home, showered, jumped on the bike again and was back at the stones before sunset. Again, a grey, dull and cloudy sky. But it was one of the most amazing displays of balance I had ever seen. Abe clicked away until the light faded. I looked at my watch. It had been 24 hours since I’d taken the aerial post-sunset shot of the city lights, the night before. I’d slept a few hours, and been three times on the Seawall. A typical Vancouver day. 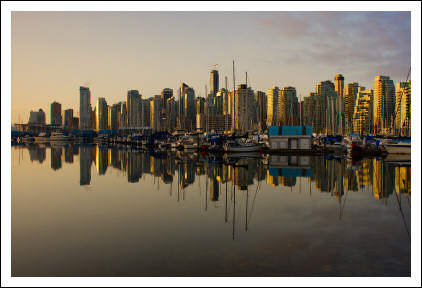 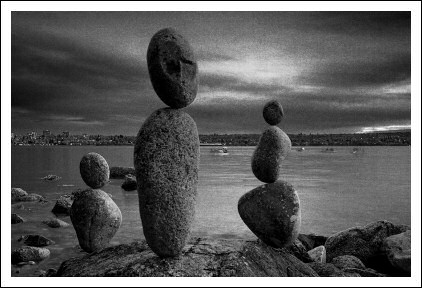