Braving the crowds can be well worth the effort. Once.
New York, Photoblogs

I hate crowds. As a sum, they are systematically stupider than their individual parts. There are a few public events in New York that I have always found a reason to skip despite my curiosity, blaming it on the hundreds of thousands who would also attend. But sometimes exposure is unavoidable.

A few years ago, bracing myself, I checked out Macy’s Thanksgiving Day Parade®. Attendance: 3 million people. I will never go again but I’m glad I saw it.

Ironically, Macy’s is also behind New York’s July 4th fireworks. Since Marie was still down in South Africa – she hates crowds and standing, even more than I do, and would never survive this – I decided to spend my 4th of July going to see the show. Attendance: about 3 million also. Number of shells fired: over 40,000. Of course, that number is not everything. Someone was quoted saying: “You wouldn’t ask Michelangelo how many buckets of paint he used on the Sistine Chapel, would you?”

Now when 3 million people converge on a event that is going to last 25 minutes, trouble can be expected. However the fireworks were shot from 4 barges located on the Hudson River roughly between 24 St and 42 St. This means that anywhere on the Manhattan side from just above Battery Park all the way up to the George Washington Bridge, and in Jersey from Jersey City to the same bridge, one could watch. Having analyzed the situation carefully from – obviously – a photographic point of view, I had decided that the best spot to shoot from was in Jersey. The barges would be a little further from shore, allowing for a more panoramic angle, and Manhattan would stretch in the background.

The problem was getting there. I had actually rented a Zip car for the following day to go on a Long Island beach expedition – which failed miserably by the way – and could have driven to the fireworks, going the long way around to try and avoid traffic. One website, however, mentioned expected delays of up to 4 hours leaving the show, and I changed my plans. I would, as recommended by the authorities, use public transit.

I left home at 5:00 PM, the fireworks opening around 9:25 PM. I should have left earlier to get a good spot and knew it, the Press stressing out the fact that key locations are occupied as early as noon, but I was not ready to camp in one place for eight hours without a back-up for bathroom breaks. I took the F subway to 4th Street, exited and transferred to the Path to Hoboken, NJ, where I caught the HBLR to Port Imperial, and then I backtracked on foot. I was on location around 7:00 PM.

Hamilton Park, which I had been eyeing, was already full, every single inch of prime photo real-estate occupied. Chairs had been brought and tripods were erected, forming barricades. I decided to bail and go home. This was much more than I could handle.

Then on my way back, I stopped at a corner deli and bought water and an ice cream, as the heat was intense and my camera and tripod getting heavy – both carried on a shoulder since authorities had officially banned backpacks at checkpoints, a sad consequence of the Boston madness. The ice cream worked its magic and I resolved to stay. I went back to the view point and the crowd had actually thickened.

I decided to leave again.

And yet somehow I stayed. I waited an hour-and-a-half on the 2 feet of sidewalk I had chosen as mine, tripod extended and camera at the ready, unavoidable people standing in the foreground. I did not take pictures of the crowd itself because I wanted to keep this post beautiful, and I hope the heads at the bottom of all shots will not be too annoying. As Marie would say, it’s part of the NYC experience.

The show began. For almost a half-hour, my shutter was busy, via a cable release. I took close to 300 pictures  with some pre-show cityscapes. The Evil Empire State Building was just across the Hudson in Midtown, animating its light display towards the end, and the newly completed 1WTC was standing tall to the south (far right on the pictures), brightly lit up for the circumstance.

I started shooting fireworks eons ago the old-fashioned way, very long exposures, and the results sure were not bad. But then recently, I stood very close to the New Years fireworks in Prospect Park, and aiming almost straight up into the light, I had to use a faster speed and realized that a fast shutter created a whole new world. What I thought firework pictures would always look like had been re-written. From all-round, highly dripping and at times overexposed images, I had discovered that I could also create delicate flowers that appeared to be blossoming as if nurtured by the faint light of stars.

This time around, unable to shoot upwards and using a wide angle lens for a panoramic view instead, I tried to duplicate the technique but eventually, dissatisfied by the lag induced in P and Av modes when shooting at the wrong time – the camera would calculate an exposure much too long than needed if I happened to meter between bursts, I switched to Bulb. Remote in hand, I became the light meter and had to guess every single shot. I think I still exposed between 1 and 3 seconds on average, at f/8.0 and an ISO of 100 to 400.

I got home at 12:20 AM, having walked back to the HBLR, spent time in long lines, been patient, and finally fetched my rental car in Brooklyn for the morning.

Lightroom 5 fired up, I began sorting through my images and soon, I was smiling. Most people probably had gone home having experienced the usual: much motion and sparkle, bright colors, thundering sound and bright lights, the ohhh’s and ahhh’s of the crowd. I did not truly see all that, focused on my task and looking through the viewfinder at least half the time.

But the flowers, sea-life, candy, planets and impressionist paintings I am seeing now are much more beautiful than I could have imagined. Surreal, in fact. I really wonder if this is a parallel, camera-induced reality or if the pyrotechnicians crafted each scene that way. I hope they did, it would mean such insight on their part. But then again, maybe it’s just me. Do you see the flowers?

Coming soon: Some of daylight pictures taken on the same spot in Jersey, and the next installment of Slingshot to Kruger, our arrival in the park… 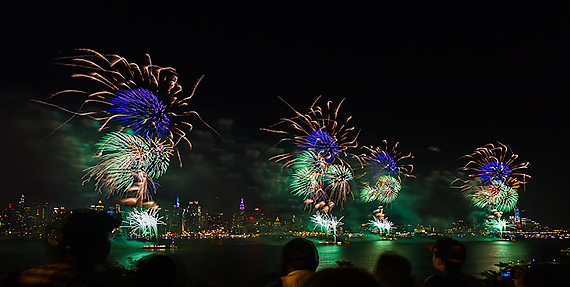 At the molecular level

A night at the fair 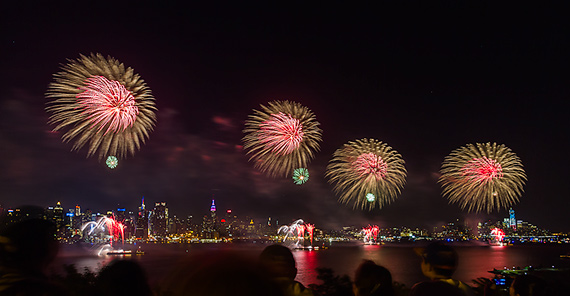 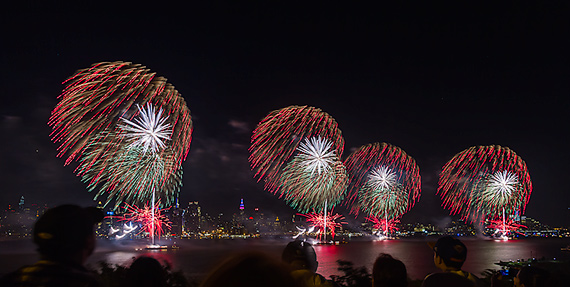 Umbrellas on a beach 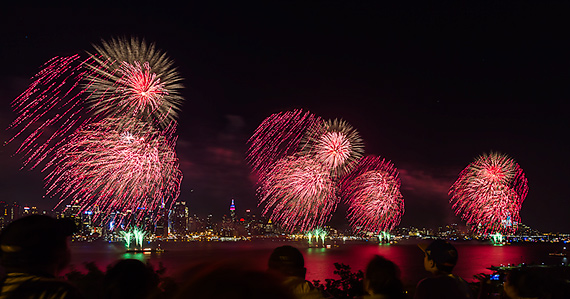 Coals in the wind

Life on a reef 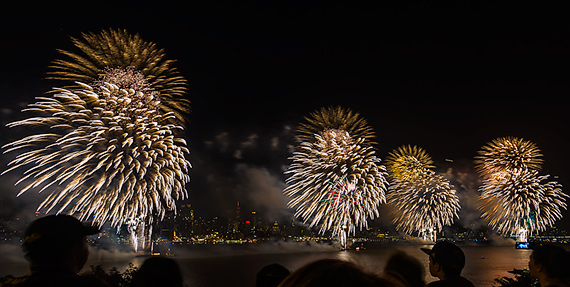 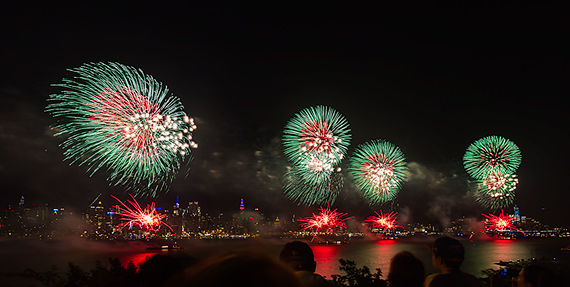 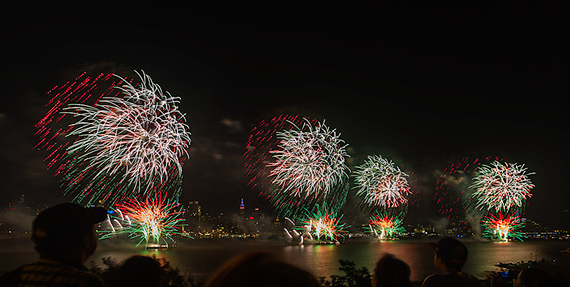