Life in Vancouver is about rituals, some of which I indulge in, some I don’t. 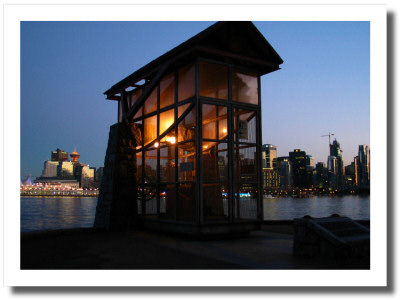 There’s drinking coffee, which usually involves an order with a staggering collection of adjectives, something like “I – would – like – a – grande – skim – caramel – latté – machiato – no – oignons – to – go – please.” There’s running obsessively. There’s the Canucks. There’s talking about the rain (or the lack thereof.) There’s walking down Robson, sizing up the competition. There’s getting on a ferry regularly to go somewhere else to have a coffee. There’s waiting for the white pedestrian sign to cross a street, drinking a coffee. There’s adding the word “like” to every sentence and finishing every other with “eh”. There’s enjoying the many parks and mountains around, a coffee in hand. There’s reading 24 hours on the bus. There’s drinking coffee again.

And then there’s the Nine O’Clock Gun. The authentic twelve-pounder, muzzle-loaded naval canon is every Vancouverite’s friend and fires from the east end of Stanley Park at precisely 9:00 pm, three hundred and sixty five days a year. Perpetuating an old tradition of blurry origins, it is now triggered electronically at night, just for the sound of it. Cities as far as Mission, sixty kilometers east of Vancouver, claim to have heard the gun when the wind is right. Miss 604 has written a post about it and there is also this interesting article about the old canon’s history.

So just as some go watch fireworks, others go watch the gun fire. The little beast has been encased in a glass prison for safety reasons and warns passers-by with a combination of visual and audible signals when about to fire. At that point, if you’re nearby, you’ll surely want to plug your ears. And then you not only will see and hear the blast, but you’ll feel it too. The air displacement is surprisingly strong in a radius of up to thirty feet. But the show is short-lived. After a wait of variable duration (some folks arrive thirty to sixty minutes in advance to enjoy the sunset), the whole thing is over in ten seconds.

So after taking a few pictures of a gorgeous sunset, I install the camera on a tripod, set it for a 15 second exposure at the smallest aperture and ISO, and I wait. Ten seconds warning. Get ready. Five seconds. Finger on the shutter. Three seconds. Now! Two seconds. Plug the ears. One second. Stare. Zero. A huge blast. Intense light. The air moves as if an immense door had just been slammed. Heavy smoke. The 15 seconds exposure ends.

Click on the canon picture above to see the blast.

“We thought that we had the answers,
It was the questions we had wrong.” 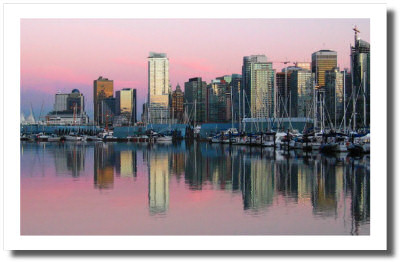 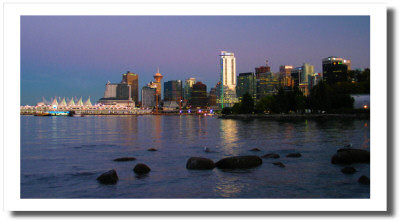 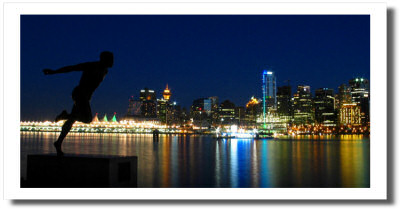