A bridge over the Fraser River

The city of Richmond lies south of Vancouver. It doesn’t have much going for itself. Flat, populated, and with an odd mixture of industrial and agricultural land, it’s a place that you won’t visit unless you have a purpose. That could be flying into the Vancouver Int’l Airport, which I’ve done, photographing the [[Yearly cranberry harvest]], which I’ve done too, visiting the Night Market, which, well, I’ve done again, or buying a generic digital camera battery, which I was just doing this week.

Built on the delta of the Fraser River, Richmond has a lot of bridges and the resulting traffic too. So after nearly missing my bus number two and arriving four minutes before closing time (finding a locked door against which I banged until someone came to inquire what the noise was all about), I decided to stop on one of those bridges and wait for sunset with HDR in mind. Yes, I had Abe, my camera, with me. 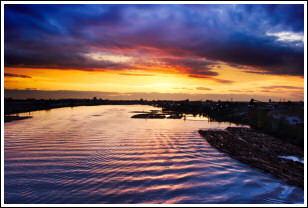 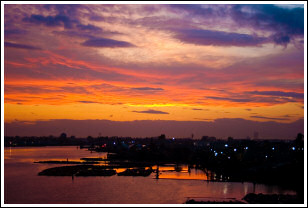 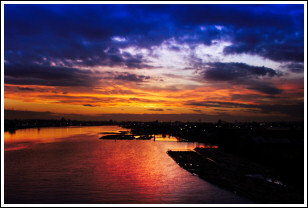