A Fistful of Pixels

Well, since I finished my last post on these very words, I could not resist the title above – and it has actually inspired a series.

For now, seemingly random images, anarchic pixels. I recently spent some time in the Flatiron district after work, going to a happy hour-slash-billiard, of which I might or might not post shots later, as some of the players were quite focused and made for great models.

I walked around the neighborhood before and after the event, catching some golden hour light and pondering strange rope sculptures in Madison Square Park and later playing with reflections of the Evil State Building in cycle rear view mirrors.

However, what would I have done for a few pixels more? 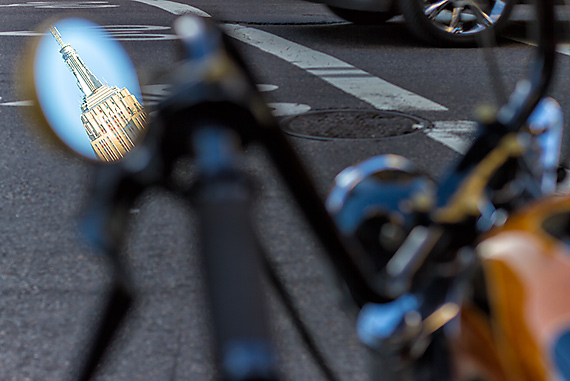 Harley mirror reflecting the sum-mit of all pains

A plane tree in front of an odd rope sculpture; don’t ask what the tree band-aid is

Said sculpture as a backdrop to spring

Yes, it comes in blue too

If you can’t afford a Harley, go the scooter route. The ESB will still be a pain.

Another saddle, a more subtle look 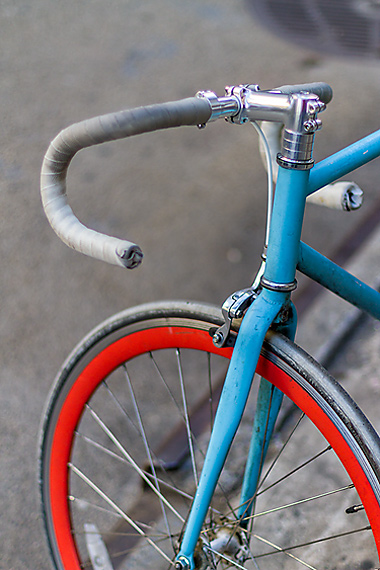