A ‘Possum in Brooklyn

All right, well this is impromptu and of the lowest quality, but I’m not sure either one of us had seem an opossum in the city, ever.

Marie came home saying there were two of them in the front garden next door, so I jumped three feet in the air, grabbed my camera, a jacket, and fumbled out the door while feverishly setting my ISO as high as it would go. It was just before six in the evening and darkness was almost complete; shooting with a 300mm lens, I had to compromise. These pictures were taken at… 102,400 ISO. That’s one hundred thousand ISO, not one hundred! So forgive the unavoidable noise and clashing color temperatures. This is nothing pretty, but it is cute, if you get the difference.

The kitty in his box is one of two or three, and a bit of a mystery. We assume they are stray, cared for, outside only, by kind people – the box having obviously been put there for them. Their food must have been the lure. Notice the cat’s complete indifference, even though he had hissed a bit before. The second possum did not come back. 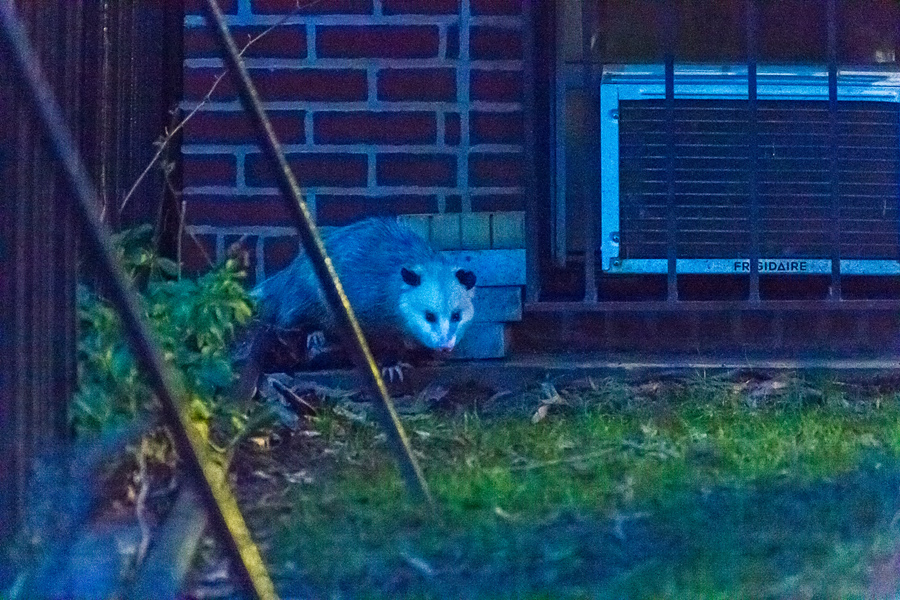 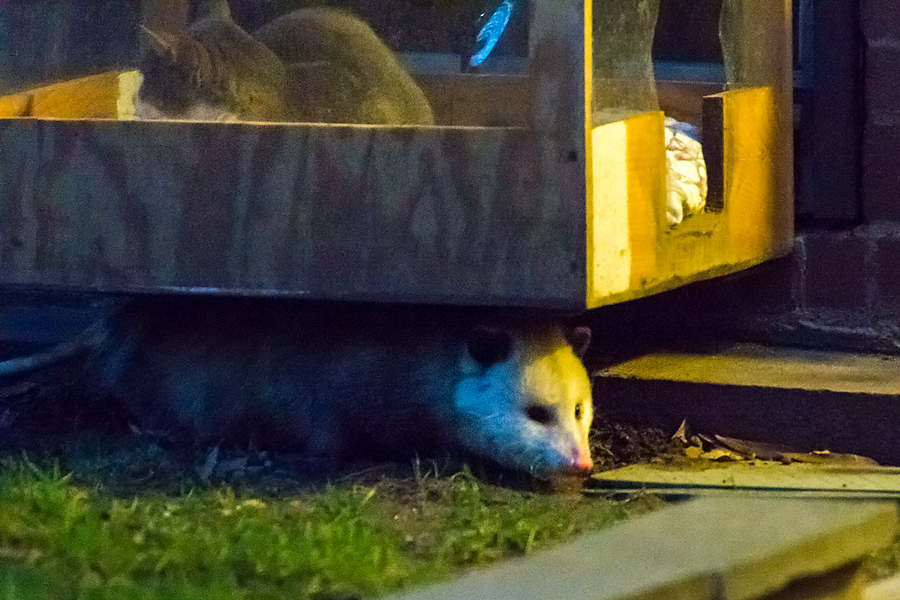 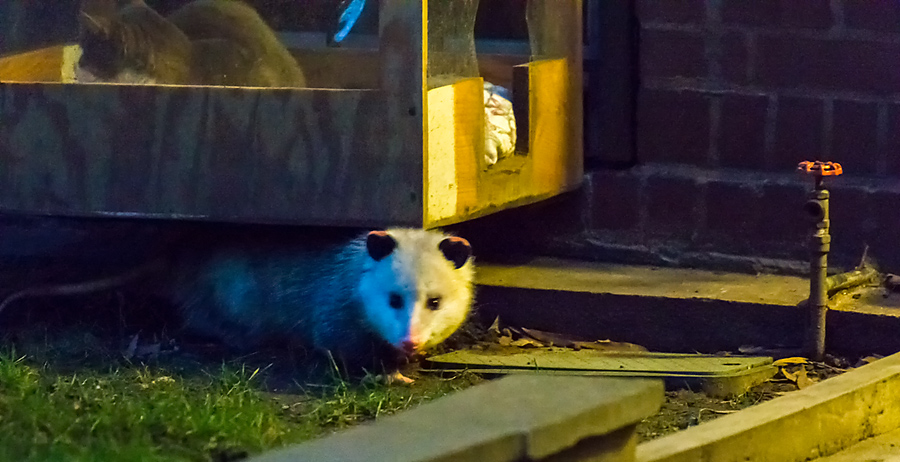 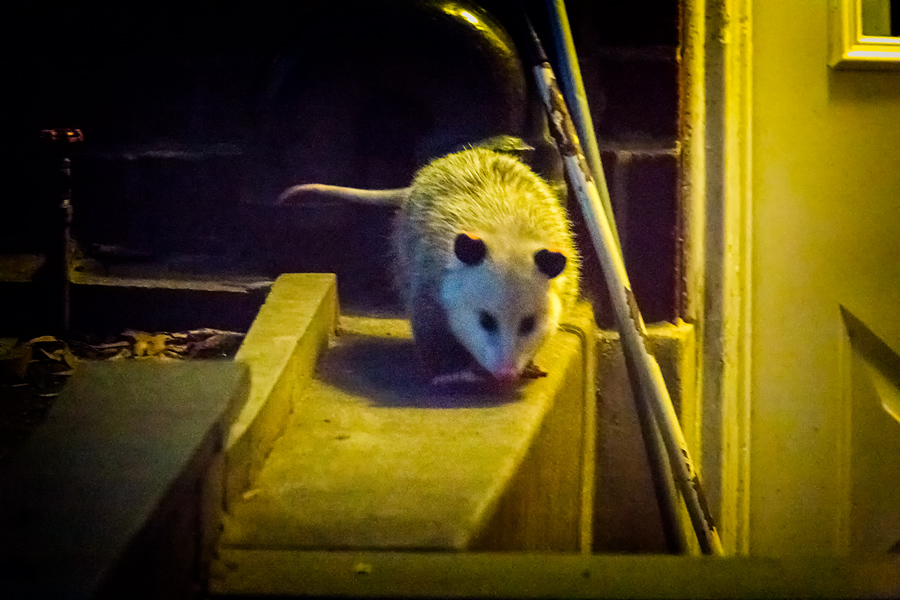