Surprise in the Bronx

While Marie has been involved with the Brooklyn Botanical Garden, first volunteering and most recently teaching foraging classes, she had never yet visited the New York Botanical Garden. And as for me, I can barely spell the word garden. So a few weekends ago, feeling adventurous and wondering how it was possible for us to have been in New York so long and not visited it, we ventured to the NYBG. 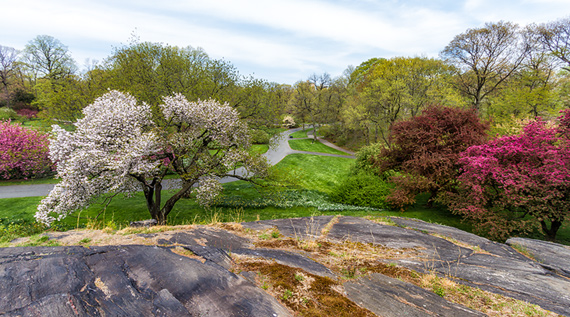 The Harlem River, separating the Manhattan Island from the Bronx on the mainland, constitutes for us Brooklynites a boundary that is seldom crossed. Unwilling to simmer in the subway for the entire ride, we opted for a hybrid route: underground to Grand Central, then a Metro North train to the Bronx. We were on location in under an hour.

Marie had met a nice lady on the train who gave us pointers and warned that we would never want to go back to the BBG after seeing the NYBG. We waited in line at the smaller west entrance across from the station, paid our fees and stepped in. After a technical stop at the café – where we ran into our friend Debbie, New York being such a small village sometimes – we headed for the cherry blossoms. 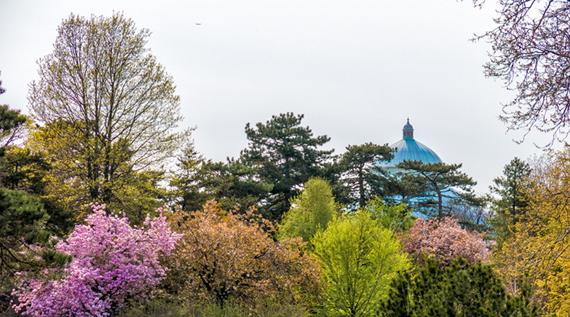 I must say I was impressed. The garden is hilly and vast enough to feel isolated. The Bronx river runs through it and while probably quite polluted, it flows through the woods in a fashion that reminded me of our recent excursion to the Catskills. The central section has a small dam with rapids downstream, and signs warn canoers to go ashore and follow the portage path. Yes, one can canoe down the Bronx River. 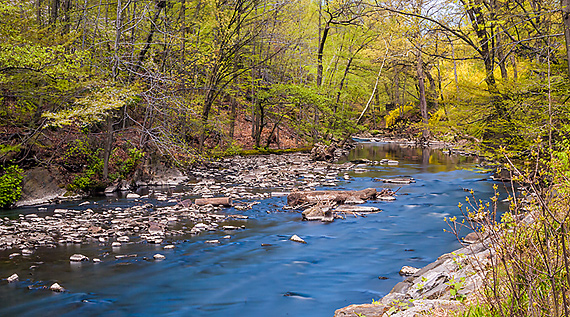 Would you believe this is the Bronx?

After wandering around for a while, we found a part of the garden that was ablaze with crabapples in full bloom, and which was less frequented than other areas. Very old beautiful trees made me think of Tolkien’s Lothlorien. We lingered and I experimented with long exposures to remove people from my shots, a project of mine that will eventually address New York’s overpopulation issue.

In the meantime, here are the pictures. This is the Bronx. Would you believe it? 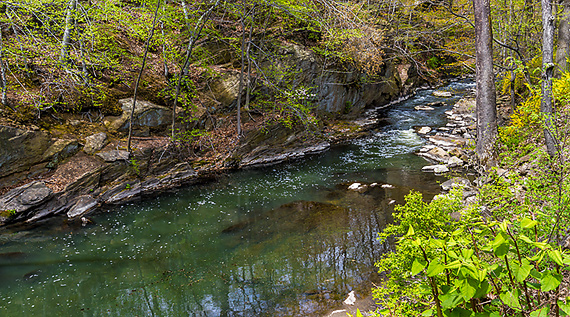 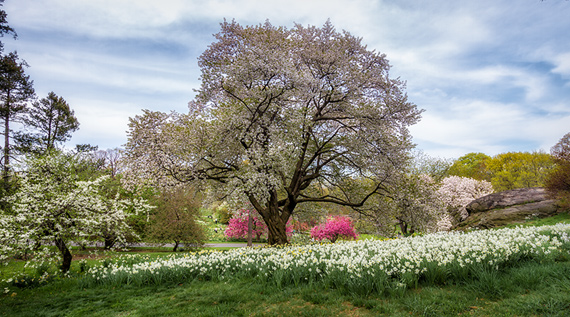 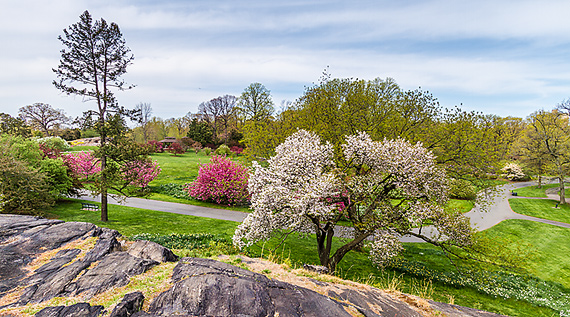 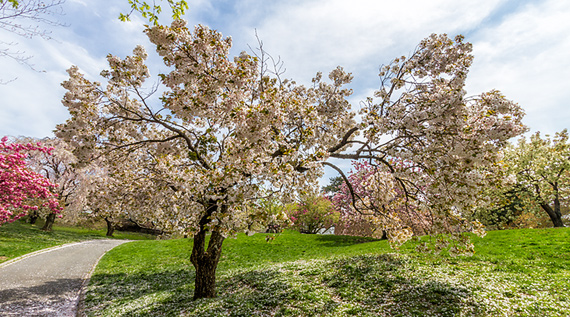 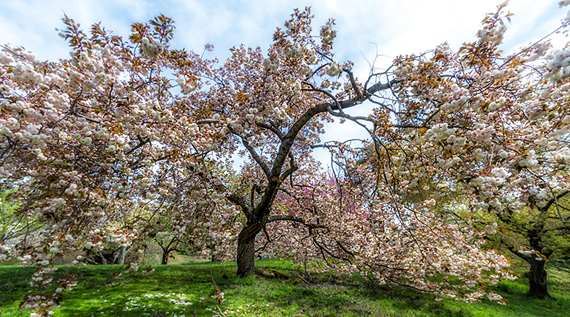 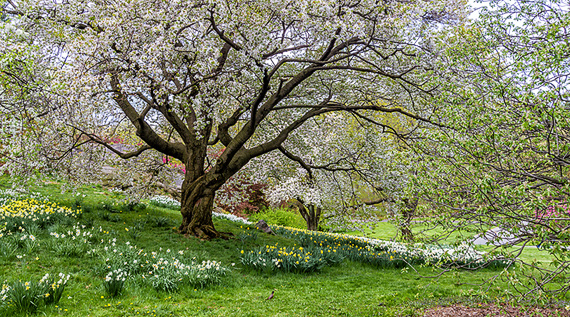 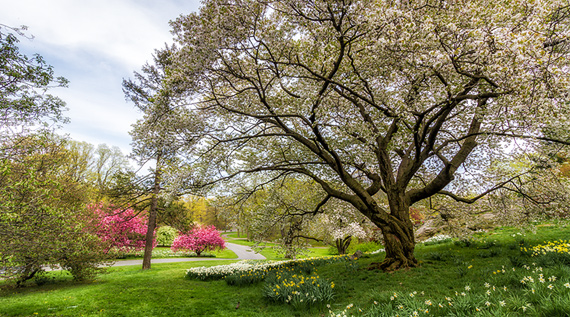 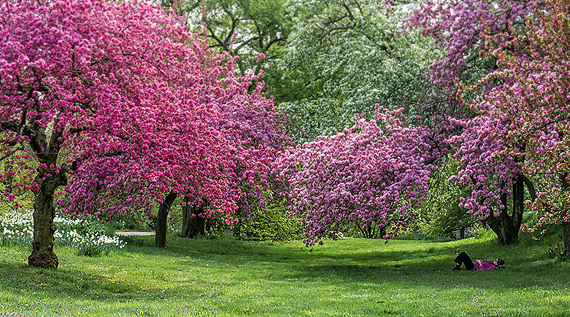 The sleeper must not awaken 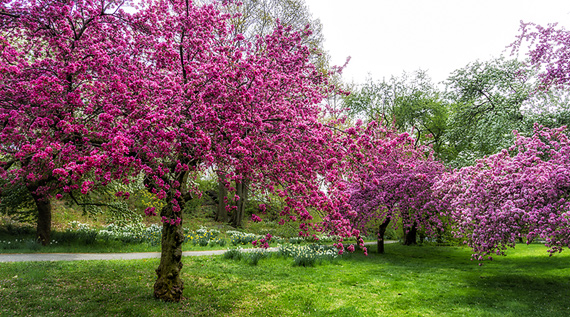 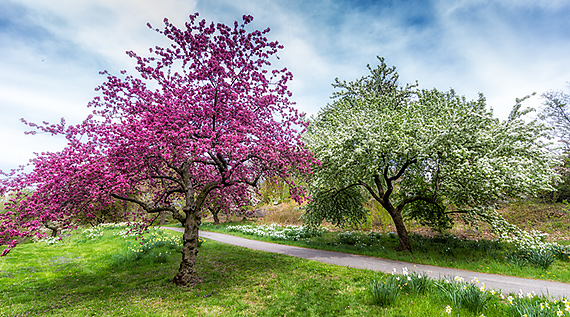 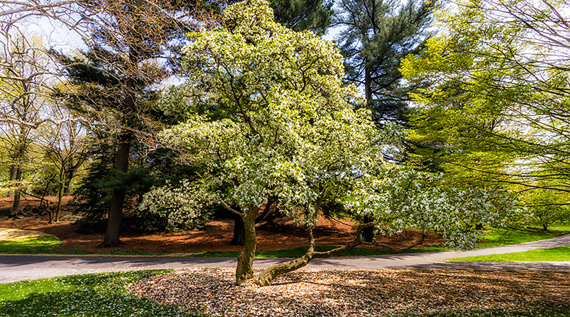 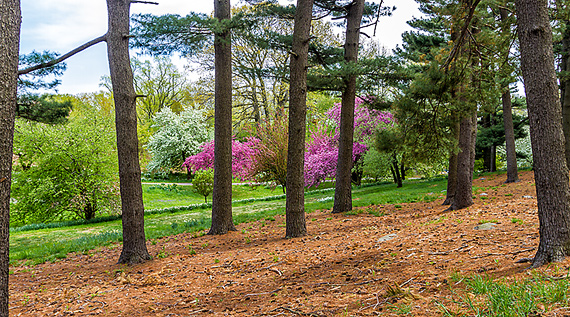 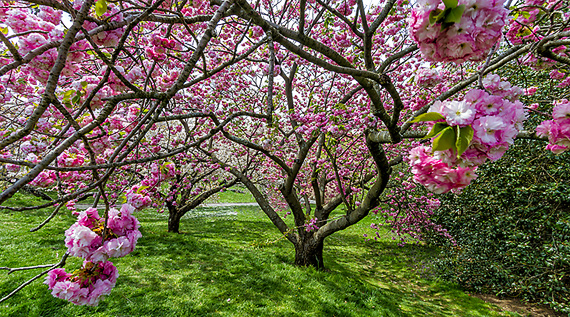 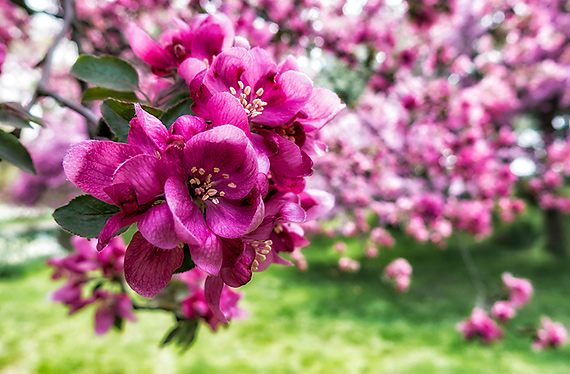 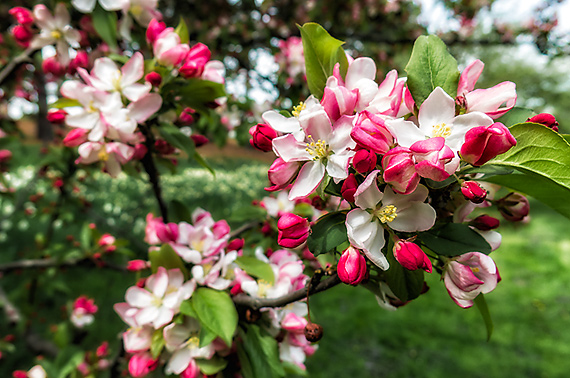