A Trail Run in Immaculate Snow

On the road, Running

This was last week-end. While there was surprisingly little snow cover in Québec and the vast fields between Montréal and the U.S. border were more brown than white, our little mountain above Beloeil and Saint-Hilaire had retained thicker snow and always seems to stay colder throughout the winter.

I had brought along my old running shoes and enough clothes for a cold weather run and arrived there eager to hit the slopes of Mont Saint-Hilaire, upwards. At plain sea level streets were mostly dry or frozen, though, and I feared upper trails might be the same, making the run’s few steep gradients slippery as ski hills. I was in for a good surprise.

Come Saturday, the weather was a pleasant 10°C below freezing and the sky blue and clean. I got dressed in layers and drove to the McGill Gault Nature Reserve with my mom who wanted to go for a walk. There was a line of cars waiting to get in to the parking lot, but I knew the crowds would thin with elevation. 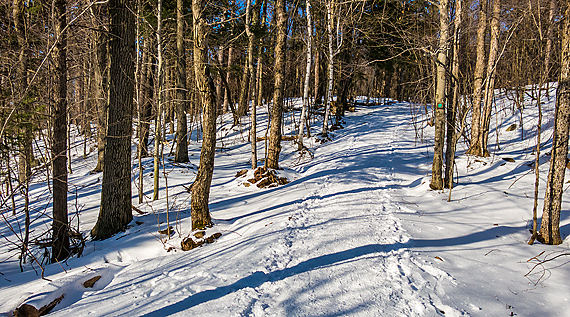 Trails were impeccably snowy, just packed enough to be even. Not a bare patch, no mud, no ice, no holes. It was perfect. Running in snow can be a bit tricky when the cover is either melting, deep or fresh. This was like a red carpet all the way to the top. Except it was pure white.

Unfortunately my cramps were back, no surprise as the steepness was working out different muscle groups, and I had to stop and massage my calves a few times. But this was one of the most beautiful runs I have had on that trail. Afternoon sun was shining through the trees, lighting south-facing high slopes in a warm orange that in contrast turned the rest of the woods a soft blue.

People were polite and friendly, they’d let us few crazy runners squeeze past without having to step off the trail into deeper snow or into the cross-country ski tracks when they existed – a destructive sacrilege one tries to avoid at all costs.

I stopped at the lower Dieppe summit after which the run becomes a bit of a scramble, and snapped pictures of the view. To the east, the Montérégie plains and more isolated rounded mountains. To the south-west, past Mont Saint-Bruno, the silhouette of Montréal’s Mont Royal flanked by downtown skyscrapers on the left and the mast of the Olympic Stadium on the right. 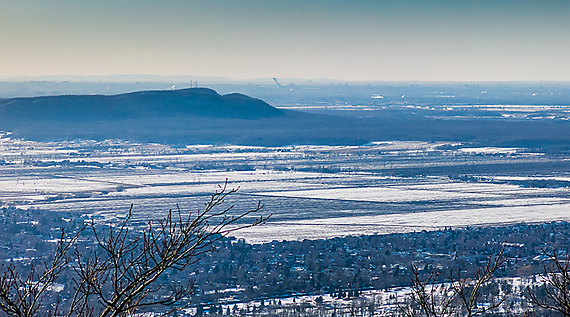 Mont Saint-Bruno and Montreal’s East End in the background

Careful not to cool off too much in the summit wind, I launched carefully back into the trail, quick small steps to remain in contact with the ground rather than slide my way down, an unnecessary risk for my silly fragile knee.

The mountain was not crowded by any means and yet, probably a little too busy for the deer who remained invisible. I met my mom back at the chalet. She’s quite a trooper. She’d gone to the lake and back, and was happily reading by a fireplace. Even troopers must rest and warm up. 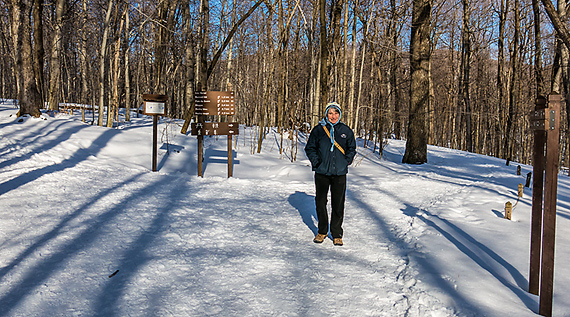 Good trail for walking sticks and boots, no so for running shoes 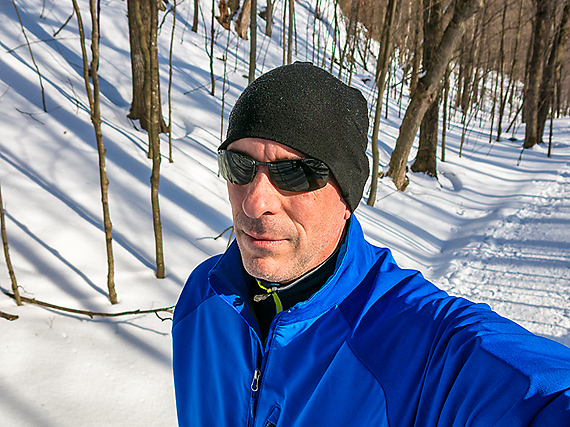 Using cramps as an excuse to shoot silly self-portraits 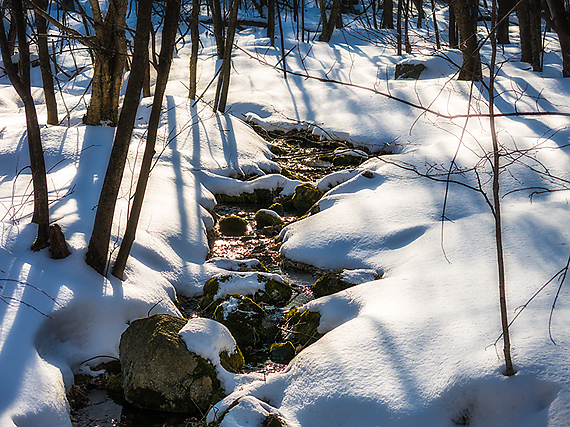 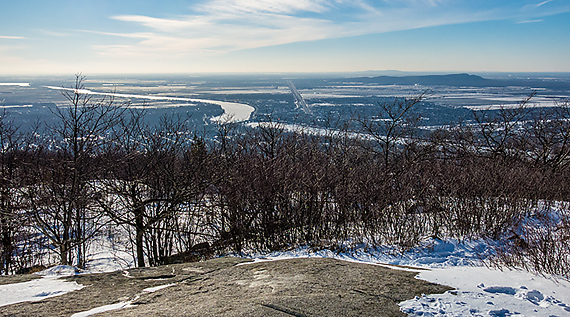 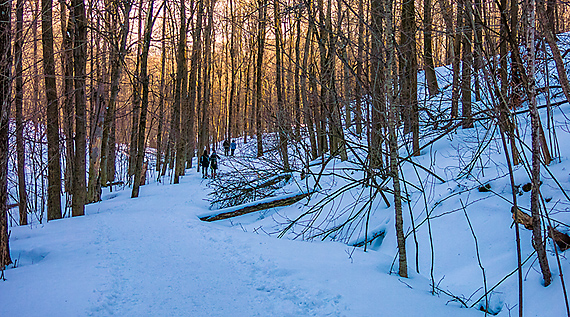 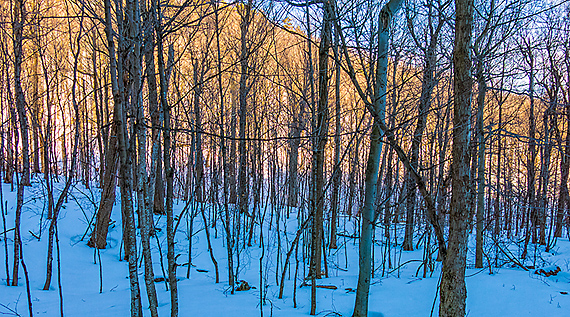 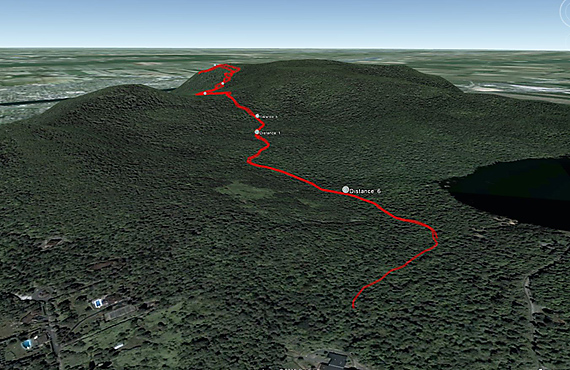