Yes, eight and a half million souls merrily sharing three hundred square miles of prime real-estate is a lot. Way too much in fact, as is the case for any large city. The very notion that I spent seven idyllic years on a Caribbean island almost exactly the size and shape of Manhattan where I personally knew most of the hundred and fifty inhabitants (including a few fish) still boggles my mind.

However with some five hundred and seventy-eight miles of shoreline, New York City is blessed with an exceptional aquatic playground. And if that was not enough, the regional coastline, both to the south in Jersey and north along Long Island as well as the mainland, is lined with never-ending beaches.

This, along with the many city parks, and wonderful state parks within an hour or two driving time, has helped us maintain our challenged sanity.

If you were not convinced, below are examples of our occasional coastal and nature encounters, across moody seasons and through a kaleidoscope of weather tones. 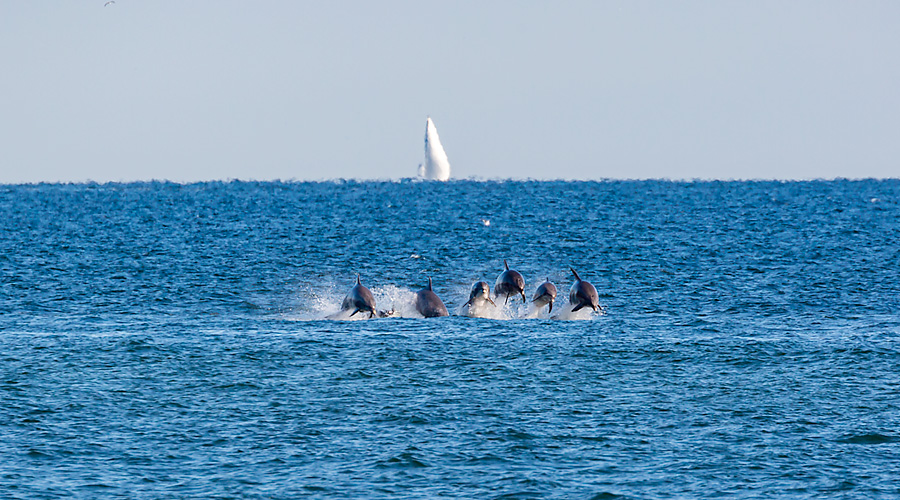 Day of the dolphins

This was in fall. We had gone to Fort Tilden for a picnic on the beach on a windy and chilly day. We walked some distance along Breezy Point and settled down on the sand, but just then I spotted a large whale-watching boat cruising surprisingly close to shore. Intrigued, I trained my telephoto lens on it and realized there were people leaning over the bow and splashes in the water.

They were far away, but coming towards us. The boat eventually gave up and rushed back to its base but the pod kept cruising along shore, passing right in front of us, not very far off the beach. The dolphins were quite spread-out and as always, it was quite difficult to count individuals—but we estimated the pod size at thirty to fifty!

At first I thought they were bottlenose, Tursiops truncatus, but I second-guessed myself and had to check with my sister who is an authority on that chapter, having worked closely with dolphins for years. She confirmed.

I was exulting. It was the first time ever we had spotted dolphins (pardon the pun) in New York City, apart from a sad Gowanus incident.

Then a few weeks ago, we picked up our snowy owl watch where we had left it at the end of last winter and went to Point Lookout on Long Beach, Long Island, following reports of early sightings. We found our owl snoozing on a fence by the edge of a deserted summer compound, posing nonchalantly for a few long lenses. 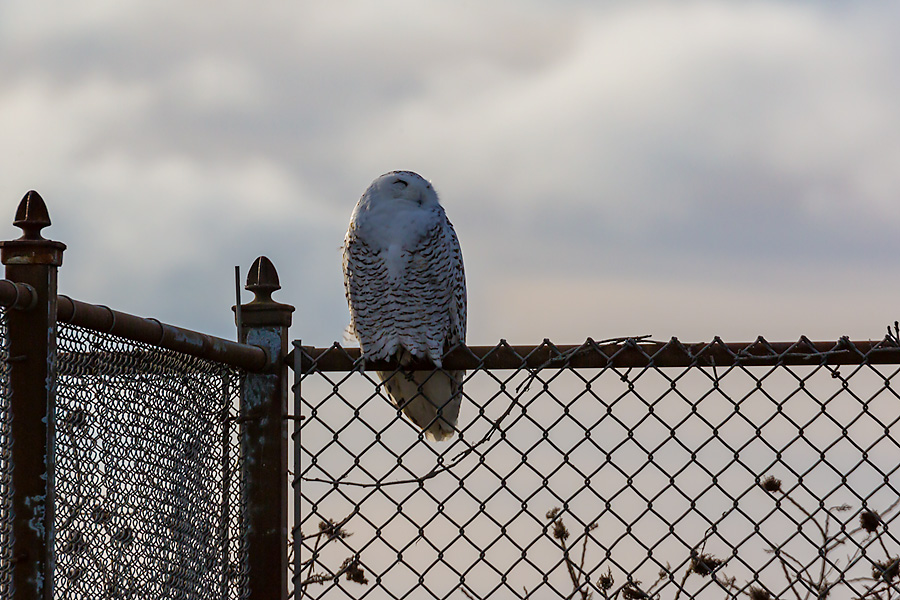 Snowy owl on the edge of civilization

And there was this heron, skating across a Staten Island frozen pond like an olympic athlete reaching for the gold, chest forward and wingspan blazing. 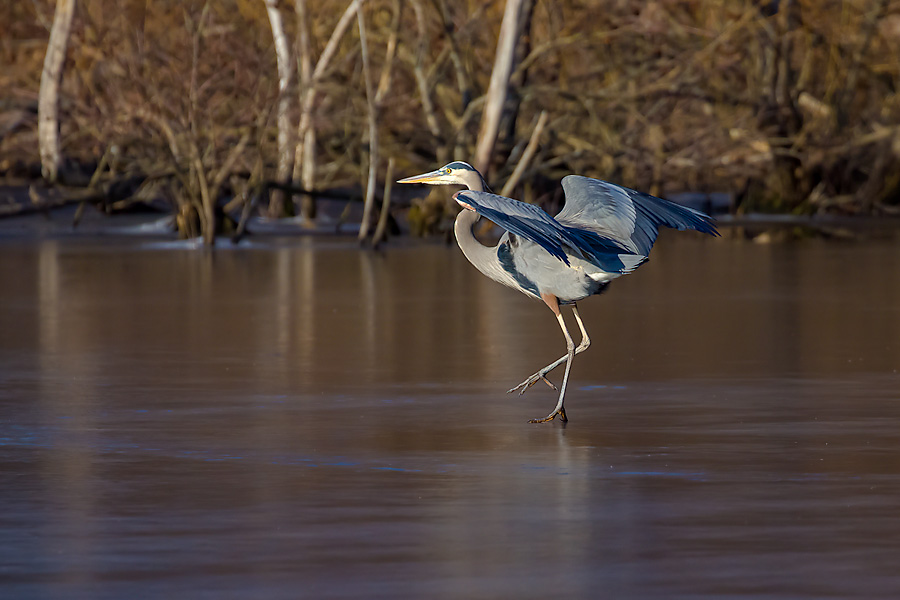 Recently, winter having taken residency, the sparkling-white snow geese have been flocking around Jamaica Bay, in turn resting then exploding aloft in immense aerial displays of light and sound.

Snow geese on a Manhattan skyline

And while most of our outings are not necessarily rewarded with such rare sightings, they always yield beauty, wildlife and peace. Quite an achievement when one’s base of operation is an eight-million-strong ant nest, largest blob of human frenzy on our half-continent—that’s fifty states, ten provinces, two handfuls of territories and a whole lot of nothingness.