In 2004, about a year before I began blogging, I decided to go on a photography-slash-paragliding road trip to Utah and the Four Corners. I brought my Swing Argus paraglider along, bought a Canon G3 for the occasion and rented a 4×4 Jeep in Salt Lake City 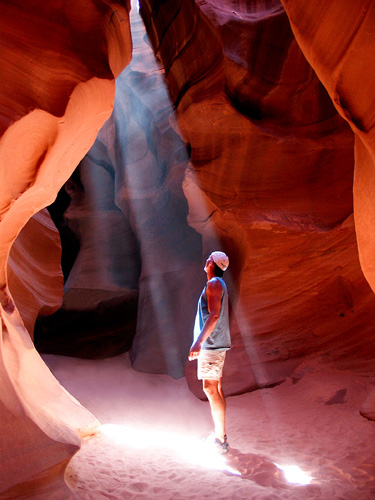 Ahead of me lay thousands of miles of dry, heat-scorched, blood orange tinted landscape, a world of stone, sand and immense skies. I would drive for 10 days, camping in national parks, and then come back to the city and rent a cheap hotel room to shower thoroughly and fly as much as I could before returning to Little Cayman.

I found my way down to Arches National Park, ricocheted off Monument Valley, dropped down to Page, Arizona and its mesmerizing slot canyons, slept on the shores of Lake Powell, traversed to Zion and Bryce, and eventually climbed back up to the Salt Flats.

Later I flew from the Point of the Mountain in southern Salt Lake and above Orem, on my first solo cross-country, a modest 10 miles or so across a giant valley to the next mountain range and back.

The trip’s pictures were a revelation. My new camera could shoot RAW allowing for fine development tweaking, and it was the first time I had actually sacrificed everything else to the needs of my photography.  I laboriously incorporated those images into a Flash slideshow called “Growing Wings” to which I added a soundtrack that still haunts me.

These pictures and many more have for a long time been available in the main gallery of VMP but since they were never posted to this blog, here are a few of the slot canyon shots. Most are self-portraits, not out of narcissism but rather to convey an idea of scale. Eerie texture, incredible hues and sheer magic. I know very few places on Earth that compare. But of course back in those days, I did not know Africa.

As always, click on an image to see the slideshow and if you dare, hit your keyboard’s F11 key to switch to full screen. 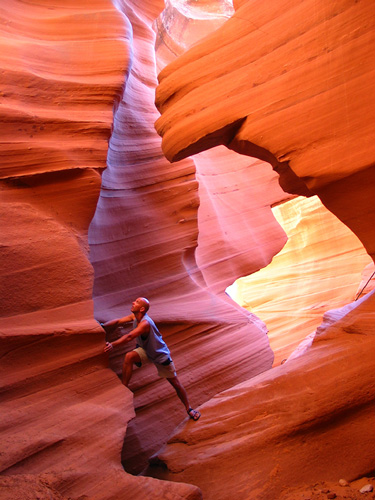 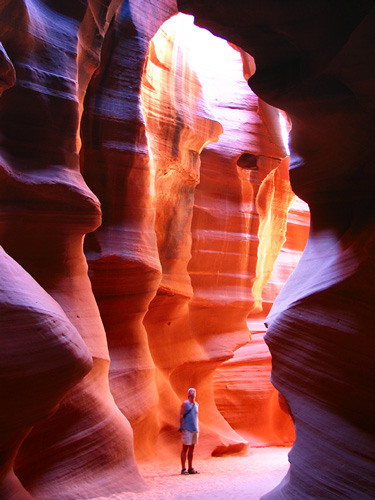 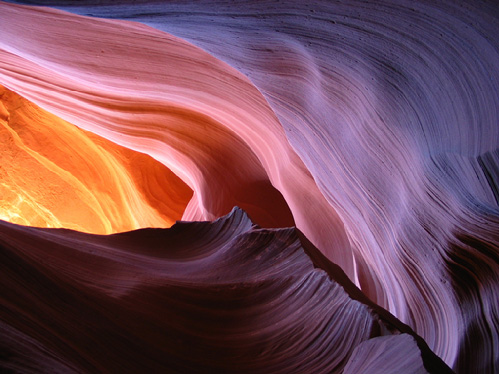 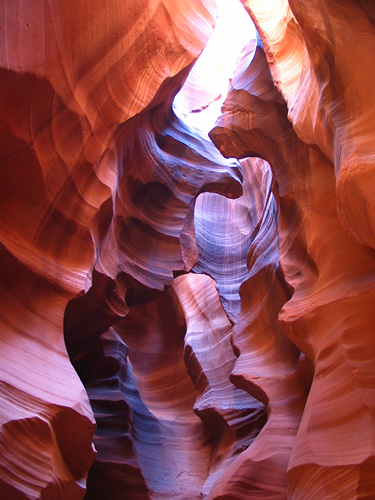 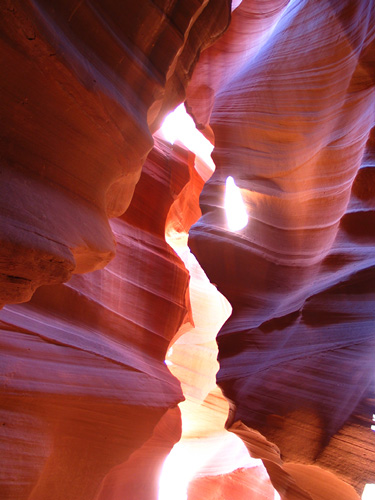 Note: These were taken in the Upper and Lower Antelope Canyons, and the Water Holes Canyon near Page, AZ. Unfortunately, the beauty of these narrows chasms has attracted a plague of tourism.

It is increasingly difficult to find peace and quiet down there, and the most famous light beams – which are seasonal and fleeting – are besieged by hordes of photographers that make the Eiffel Tower grounds appear deserted…