Are we there yet?

Today at Lonsdale Quay, I kindly oriented a trio of Swiss girls towards their Capilano bus and then 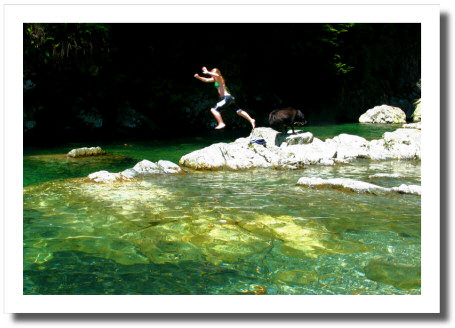 boldly got on the wrong bus myself, overshooting my #229 by a mere 1. Once onboard #230, I unknowingly headed in the wrong direction, reading the free newspapers one can systematically find at the back of the bus, and didn’t realize my mistake until it was way too late.

So I went forward to ask the driver how to best correct my blunder; he turned out to be very helpful. For the next 10 minutes, the lad with a definite British accent entertained me with a long passionate speech about the city spending too much money paving the wrong streets while he raced frantically down Lonsdale Avenue, trying to catch up with bus #232 which would get me to Phibbs Exchange and out of trouble.

Doing so, he rushed right passed a poor lady standing at her bus stop and waiving at him desperately, without even seeing her, so focused he was on his target. We could make out the bus ahead of us but it kept its distance and stood a red light out of reach.

Finally, honking and yelling at slower cars in his way, the driver stopped right behind my bus, slamming hard on the brakes in a cloud of dust. I had my connection. I’d get to Lynn Canyon an hour late instead of two. Good times!

At Lynn Canyon, less people than on my last Sunday visit but still no way to have the place to myself. Yet the canyon is such a magical playground that it somehow needs to be shared. Lynn Creek’s water level is getting pretty low, most of the snow having melted from the surrounding peaks. But it retains its typical turquoise green color and is as inviting as ever.

The common picture here involves kids screaming playfully at the splash of icy cold waves, dogs running after pieces of wood and swimming around endlessly, and adults smiling condescendingly at all the fuss, their smile shrinking suddenly into a gasp when they take their turn dipping a toe into the stream. A few get brave enough to dip more than a toe and some even swim around for a moment, short of breath and heart pounding, trying very hard to keep that head above the chilling surface.

If I get there early – and I did today – I’ll climb up on my rock, the one that has the best seat in town, large enough to lie on but small enough not to be invaded by a horde of kids and dogs. And there I’ll watch the peaceful scene for hours, just going for a swim when I get too hot.

I don’t mind the cold water, really. After five or ten minutes in the river, I no longer feel it. That’s a great time to get out, just before the shivering appears. ;-) But it just makes it hard to stay underwater much longer than 30 seconds. Still, the very act of holding my breath and diving under, exploring the creek from an unusual point of view, carries me through space and back in time, to the pristine tropical waters of islands where the sun and the sea make life so simple.

While breath-holding underwater, I get a fleeting sensation that even scuba diving can’t beat; a feeling of instantaneous freedom, of flight, of eternity. An eternity that only lasts a few seconds, at best a few minutes, but where the timescale both stretches and shrinks out of control.

A second lasts forever, a stroke is an entire choreography, a kick a complete commitment. Instantly, I’m living in the present and aware of the smallest things, as Socrates tries to explain it to Dan in the Peaceful Warrior.

A first, while the effects of a slight hyperventilation last, before the excess of CO2 takes over my calm and orders me to go up and breathe, there is a glorious peace, a moment of complete relaxation. A set of muscles that have been working continuously all my life finally get a break.

I am almost a fish. I’m alive only as long as my breath will last. I’m almost there. 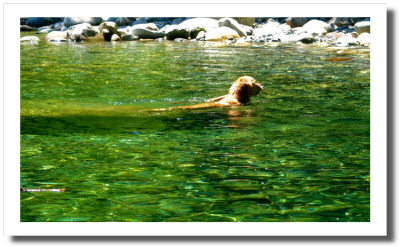