If you had a strange dream last night about visiting an island on which stood an old asylum, so dark looking and oddly shaped it belonged in a Jack Nicholson movie, and then walking over to a blinding white marble memorial where sharp lines and murmurs pushed you to seek an escape back across the water on an aerial tramway to a gigantic city and its inhuman skyscrapers, let me just tell you that you visited Roosevelt Island.

The thin island splits the East River between Manhattan and Queens. The asylum has now been converted to a hospital. Or so they say. Long abandoned, the southern tip has just been turned into a rather empty and modernly artificial-looking park, pretext to a memorial and probably some large bribes.

That day, it was cold. There is so little to look at on the island itself that one mostly looks across the river. And locally we did not find much vegetation to justify the word “park” and soon we were bailing off the island onto another island that would take us back to our own island. You know what I mean.  Yes, there is a cable-car in New York. And no, I don’t have pictures of the creepy looking hospital…

Nope, this isn’t Chamonix and we are not headed up to the the top of l’Aiguille du midi… Unfortunately.

On the aerial tram to Roosevelt Island 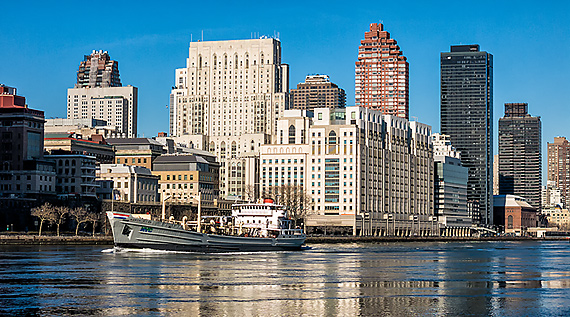 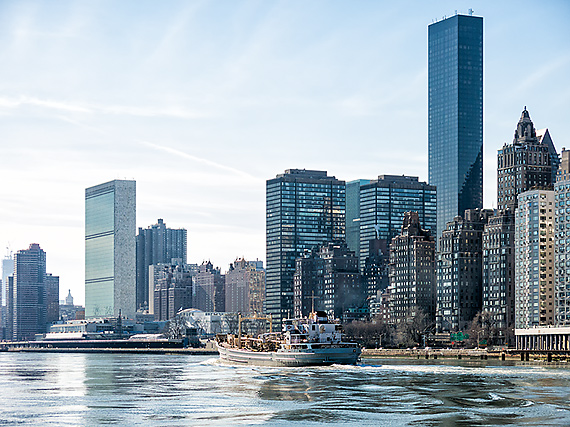 Cruising towards the United Nations 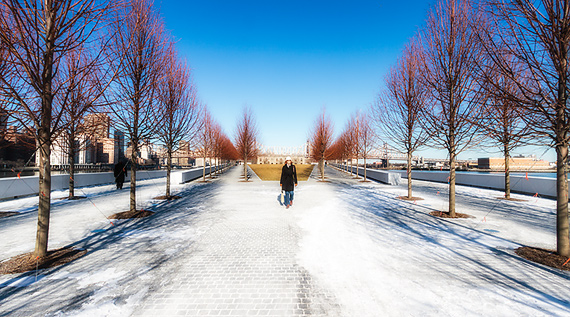 Marie out of nowhere