The ride there was fun despite a slight detour into the – very – hilly residential area of West Van’. The PDF cycling routes map showed a designated route leading north into the quiet neighborhoods of Bayridge and Cypress Park instead of following the busy Marine Dr., so I went for it. Only too late did I remember that West Vancouver is built on a mountain side, or as we say "à flanc de montagne".

I eventually climbed up to and passed under the Upper Levels Highway (Highway 1), and then was completely stunned when my bike route actually merged with it. Only in Vancouver can someone on a mountain bike share a limited access highway with cars passing by at the 90 km/h speed limit! A little scary, but lots of fun on the downhill sections!

And then my chain decided to act up and about the time I reached the Eagle Harbor marina, my patience had vanished along with most of my energy. So for the ride home, I wimped out and took advantage of Coast Mountain buses’ convenient bicycle racks… 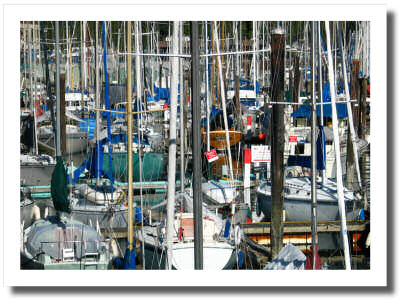 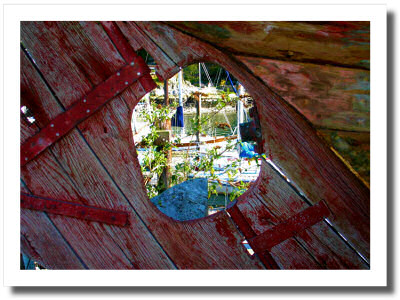 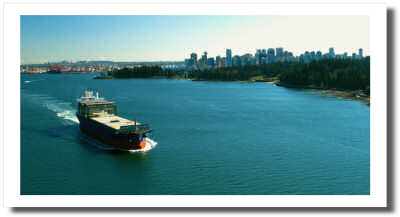 [Vancouver and Stanley Park seen from the Lions Gate Bridge]