It was close to departure. Time was running out. Deep into the complex systems of South African Airways, digits were flicking and a plane had been dispatched to fetch us (or so I like to think). It would arrive five days later. Time was recoiling on itself as always before a jump and we were nervously trying to pack as many activities into a narrow strip of available windows.

Needing glass chimneys for our candles, we had decided to go visit the Atlas Trading Company. A good plan, except for the fact that it was a public holiday. We hit closed doors. As we hesitated, the bright colors of nearby houses attracted us once again and we ventured up the steep streets, camera in hand. 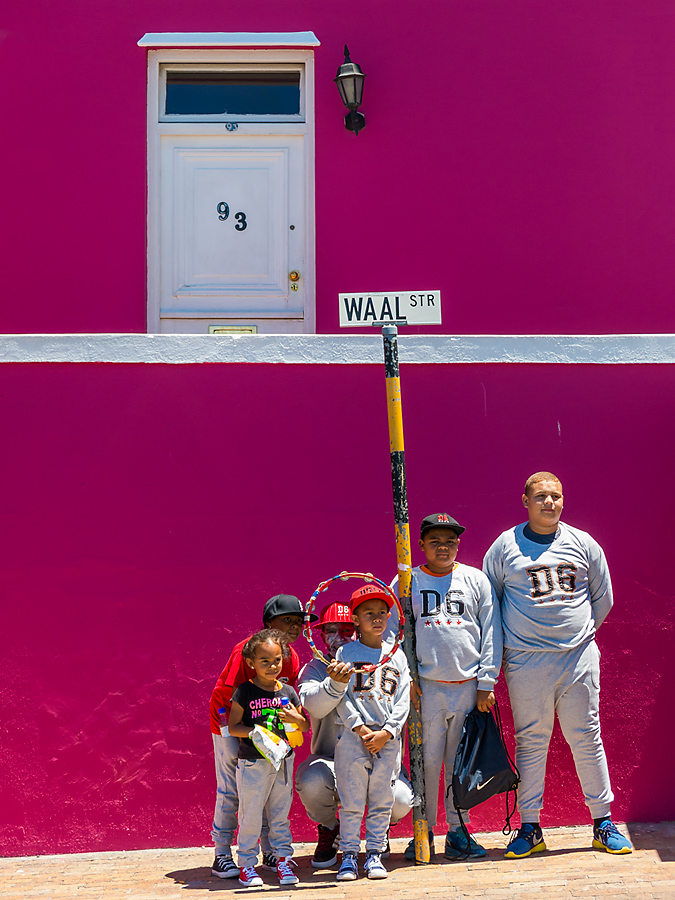 Twelve hands for a tambourine

This was not a first visit by any means, but that day felt different. For one thing, it was Reconciliation Day. But there was more. People where dressed in funky ways and seemed to be waiting for a cue. We inquired. They were joining a parade. “Can you please take our picture?” a group asked. We gladly complied and duly recorded an email address. Marie later looked it up. It turns out the parade and reconciliation were local.

Then we heard a band playing loud into the wind. We turned a corner, climbed a bit and leveled off. At the opposite end of the street, a procession was slowly coming our way. The hill is a little concave there and as the group slowly materialized as if on a low orbit, heads turned into trunks, then full bodies, shivering in the heat.

Tambourines led the way, then drums and a brass band followed. Lending an ear, I tried to make out what I assumed would be a deeply cultural tune. Then I burst out laughing. Through the clear sound of tubas and trombones and the occasional dissonant note, I had just recognized ABBA’s unmistakable “The Winner Takes It All”. Yet despite the cheerful interpretation, there was something solemn about the march. No confetti throwing here, you were either watching or walking along.

We hovered around the marching mob, shooting hypnotically as music echoed through the kaleidoscope of bright pastel walls. A similar band was approaching from the top, similarly gathering numbers as it progressed, like a whisked egg attracts flour from the side of the bowl on its way to becoming a cake.

They were probably going to merge down below, both bands or more splashing into a grand finale, but the heat was rather strict and we called it a day, ending up in Hout Bay of all places, for fish & chips on the rocks along with sea birds and seals.