I’m sure Marie will post about it at length and using much greater lyrics than I ever could.

These beauties simply grew out of the ground, or rather on old fallen tree. They were free. Urban prodigies, they appeared in the middle of an 8-million soul city. They reminded me very much of childhood chanterelle-picking expeditions in France’s Dordogne region.

Oyster mushrooms. The jackpot. They suddenly appeared out of nowhere in a very shady area of the park we were scouting. It felt a bit like desecrating a Pharaoh’s tomb. The only witnesses to the scene were either dealing drugs or looking for easy companionship in the woods.

Our oyster mushrooms are being prepared right now. They’re worth a fortune. We got at least four pounds of them. Growing in plain sight with much garbage nearby. Mixed feelings about garbage and pets. But that’s the beauty of living in New York. One can never have anything but mixed feelings. 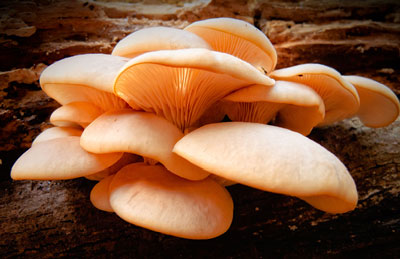 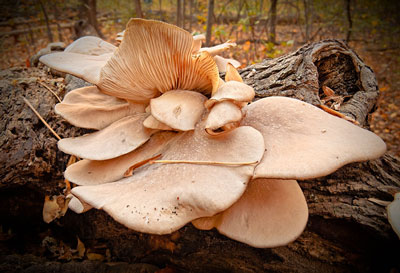 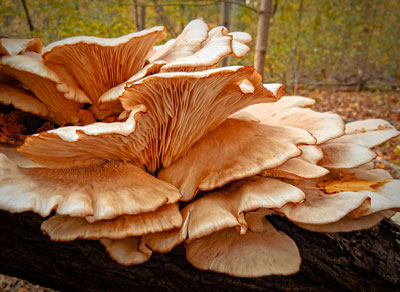