Forever deprived of the utterly endearing and highly sophisticated disdain of our late Estorbo, cat of a lifetime, Marie and I have been carefully avoiding the subject of his magnificence in particular, and all feline supremacy as a whole, like one treads lightly on the edges of a tropical beach where little land-mine-like grass burrs called sand spur (I dare not say their nickname) are waiting, half-buried, to inflict a sharp pain that is seriously disproportionate to their size.

Finding myself surrounded this weekend by not one, nor two, nor even three but four (that’s sixteen legs!) whisker-equipped, fur-shedding and adorable-looking cats, I however had to lower my guard and accept some proximity and purring bribes. 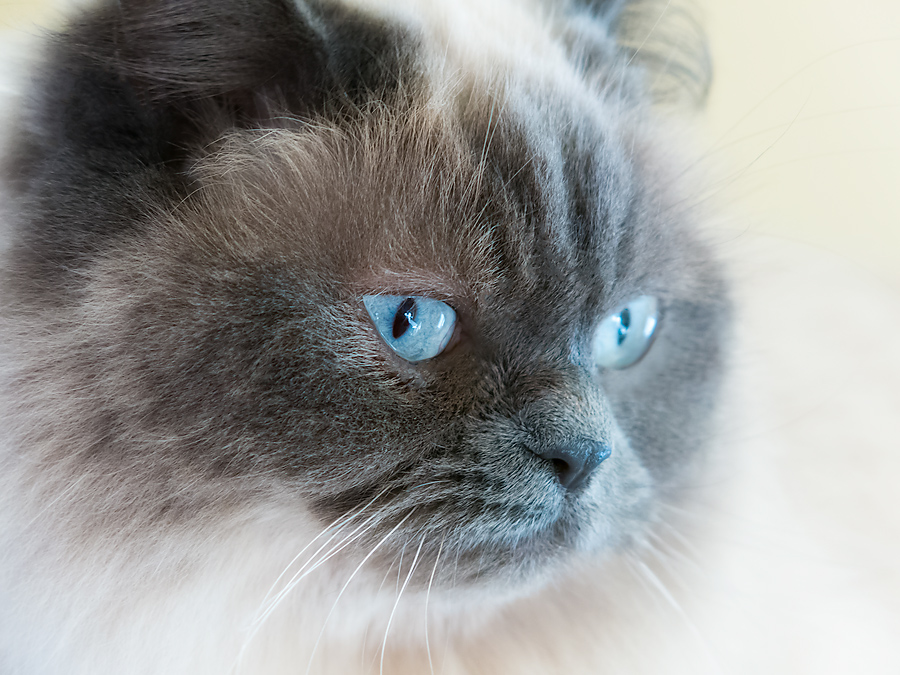 When confronted with the varying behaviour of cats we don’t know intimately, I guess it is a normal reaction to relate to ours, to compare to known ground, to past experience. And of course, a pet is a highly customizable tool. It is acquired as a kit, raw and generically shaped, neutral. Sure, it comes with pre-manufactured features such as a tail length, purr volume, coat color, size, gait, flea population, reproductive drive or the lack thereof. But it is only through time and a growing relationship that a pet is shaped into the companion it will become, sculpted by our caring just as much as its presence steers our own heart.

So when staring into the eyes of Sasha, Lulu, Chinook and Louki, no matter how hard I tried, I could not truly make contact. They blinked at me to confirm I was accepted, they climbed on my lap to test the dinner recipe, they purred when the scratch behind the ear became unbearably pleasant, but they were not mine, and they didn’t own me. Where were the voice, the ordering, the opinionated presence, the rituals and the deep meaning? Nose itching and eyes teary from the fierce assault of four different strains of allergens, I felt jealous, then, and lonely.

How much of ourselves we invest in our cats! More than with a dog who licks your face and jumps and wags its tail in return, showing its acceptance with obvious superficiality, a cat requires faith and commitment, its independent presence secretly needy but never bowing. Egyptians were right; whether you live in a house or a pyramid, a feline presence shines like the sun. And four of them, well, it’s just icing on the cake.

I will eventually write one last time about the kitty, whom I still miss too much to think straight. For now, I give you the adorable cats of Beloeil.