In latitudes, in scenery, in design and in colors
New York, Web site news

Ironically, after almost six years in New York City, I have only worked in two of the most iconic areas of the Five Boroughs. Until recently, I commuted daily to the Financial District in Lower Manhattan, right next to the NYSE and a half-a-block away from Wall Street. Our office’s bathroom had an unbeatable view of the Statue of Liberty. I had nothing to do with banking or finance, but the guilty ones were all around.

Then a week or so ago, having outgrown our space, we moved. To the Empire State Building, of all places.

Now the ESB was my first New York City workplace experience after Vancouver. “Crashed and burned on the first one, it wasn’t pretty,” as Maverick would have said. “And the second? I don’t know, but it’s looking good so far.” Despite the very bad memories of an Evil Empire Building, and once the unrelenting hordes of tourists have been blocked out of one’s mind, it is bearable. The view of Lady Liberty has been replaced with a view of Macy’s. A sign of times.

But the mesmerizing futuristic kaleidoscope of Times Square is once again nearby and I will be paying it a very early morning visit soon in order to get the full luminous blast without crowds. 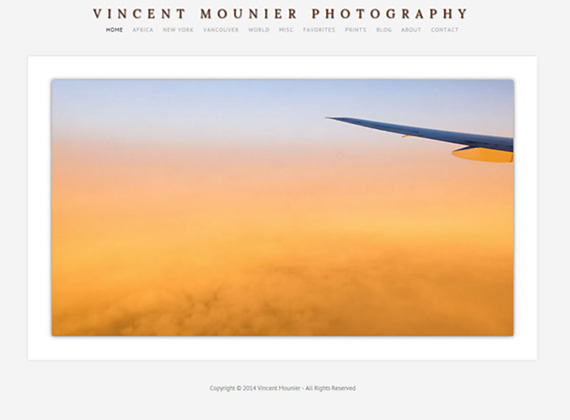 Screenshot of the new site

In the meantime, this blog, my main photo website and the upcoming Print Shop are undergoing an extensive re-design. Once again, in a never-ending cycle of light and shadows, white will prevail. I have now opted for a very minimalist white design, of which the above is a beta preview.

Stay tuned, if you can. And watch this space.