They think out of the box. 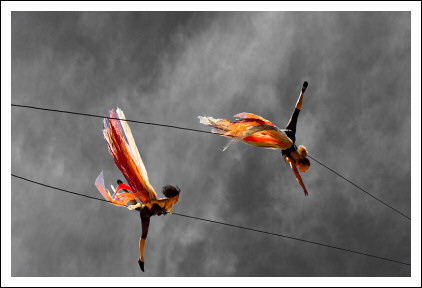 They have guts, grace and trust their lines. Where we see a wall they have a playground. A window becomes a challenge, the sidewalk a parterre. They are the Aeriosa Dance Society. For some reason, as I watched them perform on the walls of the Vancouver Public Library last night, I kept thinking about Tolkien and the Elves. 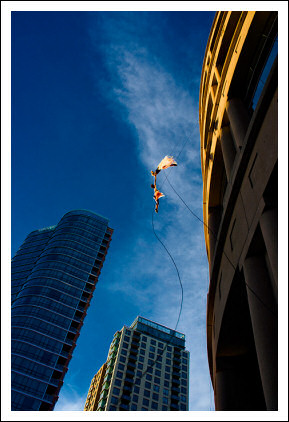 bouncing off their own tilted horizon line and reaching downwards for the sky. Maybe it was just because I’ve again started reading the trilogy, for the Xth time, always the first. The critical part is forgetting about the bloody movies. But once I manage that, I plunge into the most detailed, carefully crafted fictional world ever invented with such delight that everything in my daily life becomes tinted by it. The Middle Earth erupts into my mind with such amazing power that I lose track of where the fiction stops and reality begins.

So they danced and they flew and they jumped and glided and hung, seemingly effortlessly, obviously happy, and high on the crowd’s mesmerized silence, which meant but an inner roar. Kudos. 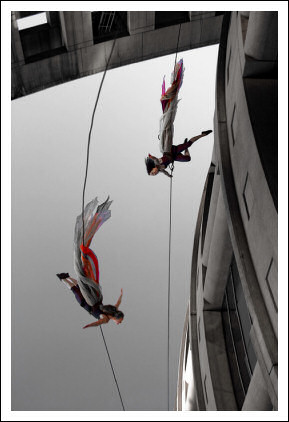