This will be the first of a series of Harlem-related posts. Following our recent departure from Brooklyn and arrival in its antipodean Harlem, we have carried, lifted, unpacked, sorted, arranged, moved, attached, re-organized, sorted, cleaned, questioned, doubted and trialed our new surroundings. The process is a lengthy one, much rougher than we had expected – but then again, we had not really contemplated the future beyond the very immediate necessity of our move.

While the dust settles in some areas and keeps swirling in others, we are beginning to lessen the priority of unpacking and urinating in corners to mark our new territory, and have begun expanding our horizon a bit. Not far yet, but last weekend we took an autumnal walk down Lenox Avenue – aka Malcolm X Blvd. – to nearby Central Park. 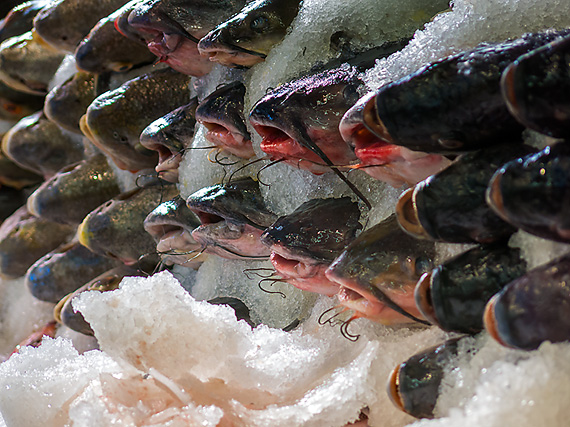 It would normally be a 15 to 20 minute leisurely walk, but we were stopped in our tracks by a huge sign on 116th Street that said “Fish Market”. We had to check it out. So we walked in, found row after row of fish strangely stacked vertically in ice holes, fresh vegetables cut and packed in individual portions, and a fried fish sandwich counter. After a bit of trial and error, we figured out a way to order our sandwiches. Marie chose blue fish and I, flounder. We waited a few minutes as the pre-battered fish fillets were deep fried for us. The vegetables, we figured, could be steamed for you upon request.

This was a bit surreal. Three huge pieces of fried fish each, squeezed between two slices of American sandwich bread, served in a to-go Styrofoam box, which was handed open to us so that we could choose our sauce and spray the dish before the box was shut closed and bagged. We were charged a total of $8.50 – because my flounder was above average cost – for so much food we would not finish it. We could not believe it.

Briskly walking the few blocks that separated us from the park, our late lunch swinging at arms length, we entered the second largest urban park in North America (yes, Vancouver’s Stanley Park is still larger), walked around a pond away from the crowds that stuck to the perimeter and settled on a bench, under a willow tree that cast a chilly shadow on us.

It was really a lot of fish. We both left a full fish slice and agreed that next run would require more sauce, and less food. And a lemon slice maybe. But for the price, we were well fed. 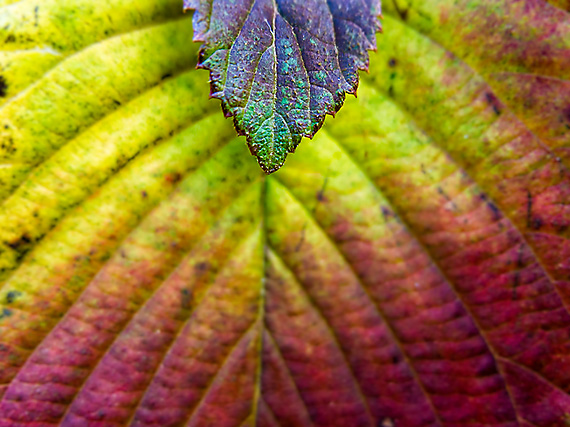 Fall colors were starting. A great heron landed in the water near us and we went on exploring the northwestern end of Central Park, which we don’t know so well. There are streams and little hills there, and a depression theatrically called the Ravine. It’s actually quite pretty, the water is clean and the woods, thick. Other than the city buzz and occasional fire alert sending trucks rushing down 5th Avenue, one would be hard-pressed to say where they were if transported there by Scotty’s machine.

We then walked to the east side of the park and visited the Conservancy Garden, off season. Tulips had been replaced by chrysanthemums but the scene was as pretty as in spring, and no less busy.

We walked home along a stretch of 5th Avenue interrupted by a smaller park, and were home. There will be more outings.