I thought it might have been the sunset of the century. I rushed out and ran to the C-shuttle stop only to find a notice of route deviation. So I went to the False Creek Ferries’ landing but it was Sunday and they were no longer crossing to the bottom of False Creek. I ran back up the hill and caught a bus on Davie. But once on board I realized we were going the wrong way, north almost to Burrard Inlet before turning east and eventually back south on Main. It’s because of the Nike Race, the driver told me, apologetic. There are road blocks everywhere. It’s been a hell of day.

towering to the east, but I had no clear line of sight and none of the obstacles were worth showing. I pressed on towards the water, looking behind me as I walked fast. By the time I got to a spot where I could catch my breath and setup, the cloud had pretty much died and my sunset had misfired.

I took the time to shoot a few "I was there, any way" pictures and a pano, but I shot at too wide a focal length and my verticals are distorted. Later, in Photoshop, having stitched the 10 shots into a 239 mb file, it took me 2 attempts to apply the superb "denoise" action of FFDD6; it’s highly processor-intensive and on such a large file, it tests the very limits of my poor laptop’s endurance.

But all this is just a hazy blur. My mind is elsewhere. Soon, once again, as it has for over a year now and always will, time is going to contract itself like a snake recoiling before a bite, and then it will explode in all directions, hours turning into mere seconds and a week into an eternity. East is visiting West, the Big Apple meets the City of Glass, a terrace vs a balcony, so much fun in perspective it’s hard to breathe and accept this will not be it. Yet. 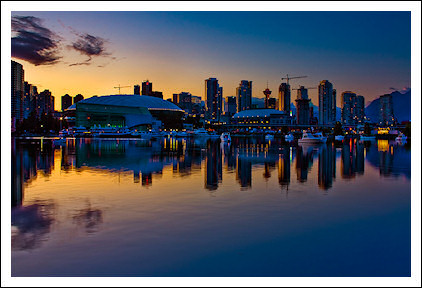 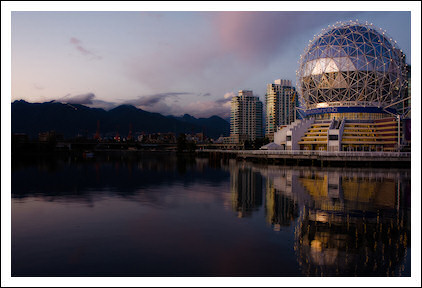