Airborne, On the road, South Africa

On the second leg of our journey to Cape Town, we took off from Amsterdam Schiphol, flew southeast towards Paris, then due south until the mountain wave over the Pyrenees was unmistakably felt, a strong chop keeping us seated with the seat belt sign on until we were well over the Mediterranean. The plane’s route then took us over Northern Africa, Algeria at first, then Niger. 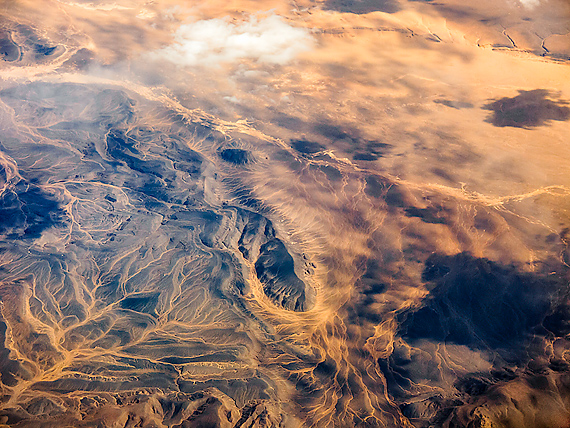 I had been waiting for another opportunity to fly over the Sahara desert for four years. My camera was ready. I spent hours rotating between three very tiny windows at the back of the plane where I had set up camp. Marie was forward in our extra leg-room upgraded seats, all three extra inches of upgrade, trying to turn two seats into one inhabitable space for 11 hours. Over 20 hours flight time and a 30 hour trip make you le tired. We are so over economy class. Ready for luxury.

KLM did not impress me so much, but the view was extraordinary, every bit as mesmerizing as it had been on my first flight to Africa, on-board an Air France Boeing 777-300ER in late 2007. This time we only had a 777-200ER and the lack of a middle section and its cross-over alley-slash-galley meant the plane was plagued with passenger traffic jams. 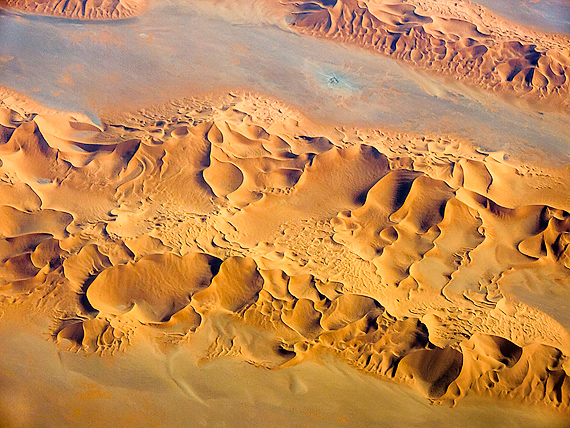 Imagine the size of the dunes

About half-way into the flight, we left Nigeria behind and hopped over the Gulf of Guinea, flying across the Equator. Convection clouds had appeared far below and we caught a glimpse of the equatorial forests of Gabon through a partial white blanket. Later Angola flew by, and at sunset, a thick row of cumulonimbus obscured Namibia’s Namib Desert.

I’ll post these in two parts, desert first and clouds later. Please keep in mind that all these were shot through the thick multiple panes of airplane windows, with limited reach to the scenery right below. Auto-focus was often impossible because of ice crystals on the inner surface of the portholes ‘outer layer and I had to use a manual approximation of infinity minus a bit. Earth’s lower atmosphere is hazy and humid in these latitudes, and the further up the camera was aimed, the more haze it captured, along with a distinct color distortion probably due to the plexiglas. 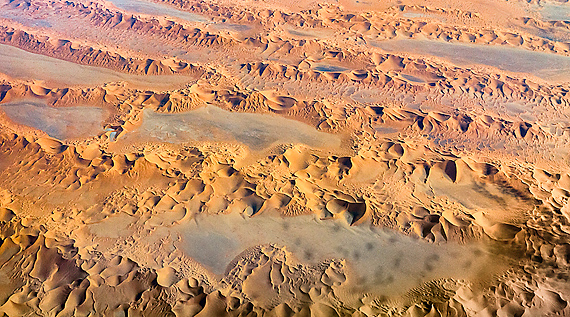 So these images are far from perfect and at development time I often had to increase contrast to recover some saturation and detail. But they speak for themselves. Our planet is still stunningly beautiful and seeing it from so far above, one loses a sense of scale, intricate textures across entire regions becoming identical to those found in rocks or gems at close range.

Amazingly, I was able to find the exact location of most of these shots on the satellite view of Google Maps, by matching obvious landscape features. I identified a 100,000 year old meteor crater in Algeria and an open air uranium mine in Niger. I am including links to those Google Maps views on a map of the flight, just for fun. Do yourself a favor and visit them, and then zoom in and out with our mouse wheel to get close to the ground or see the entire continent… 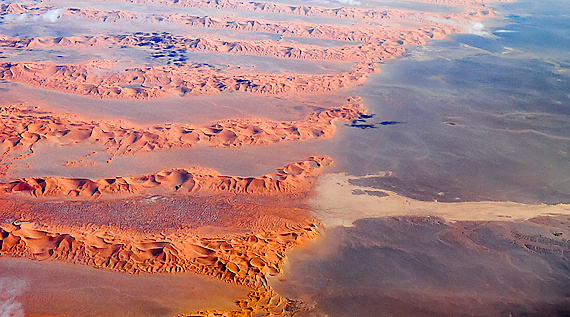 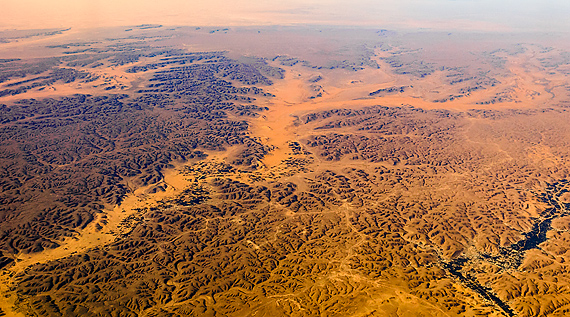 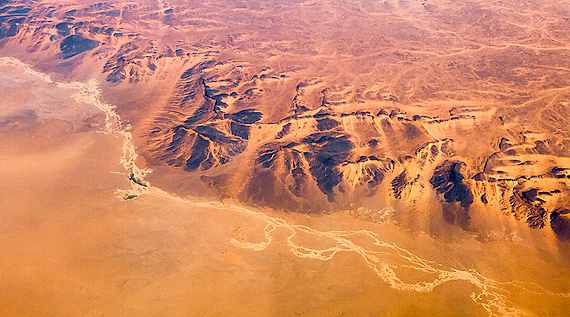 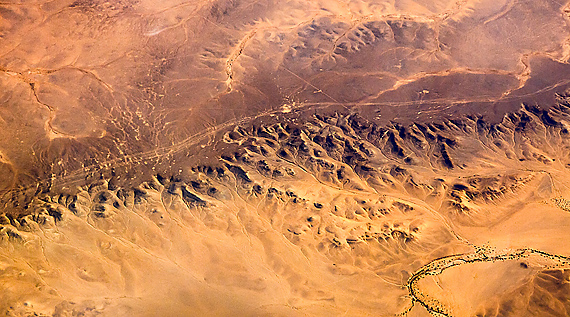 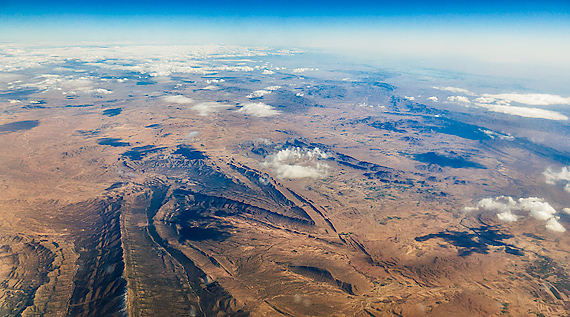 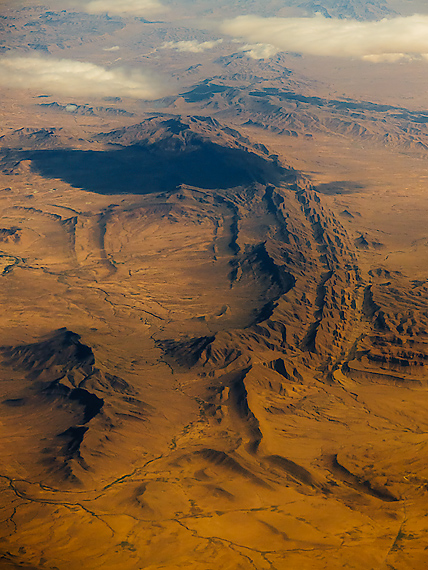 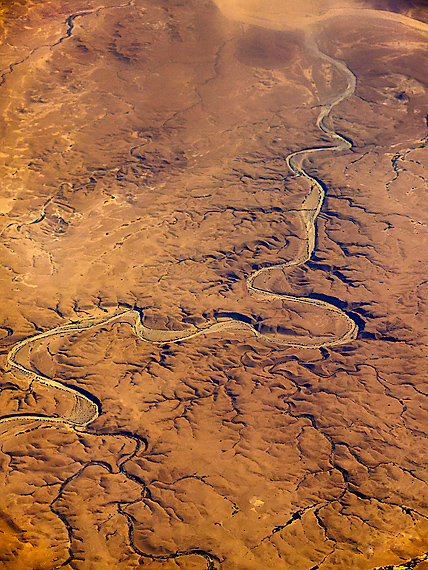 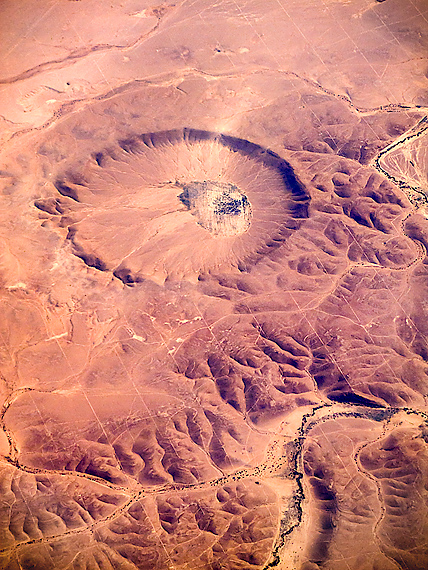 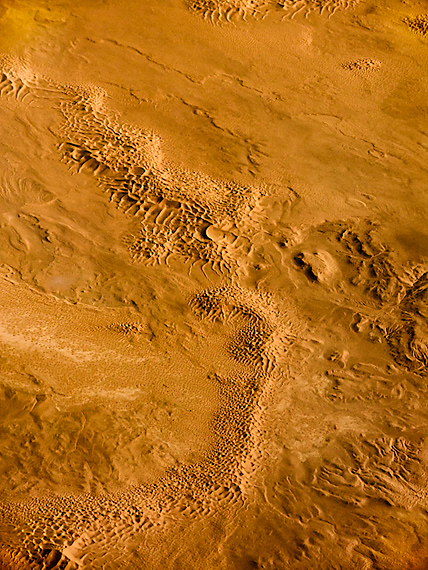 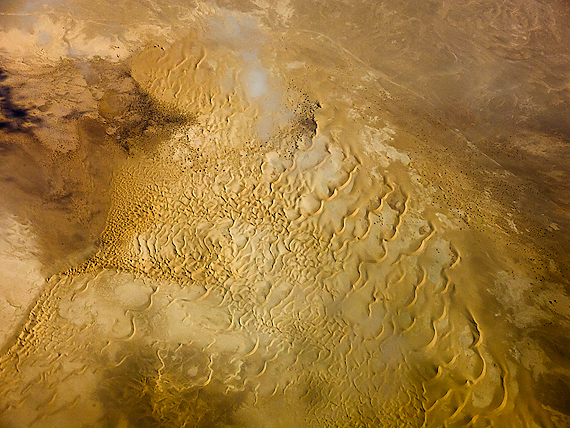 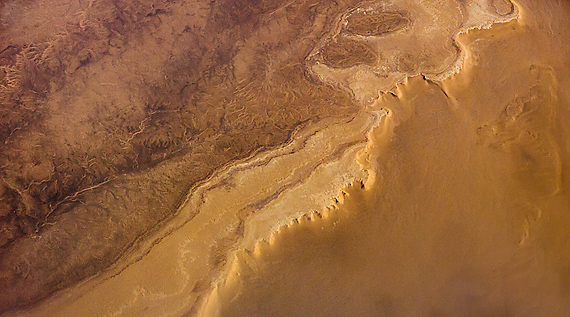 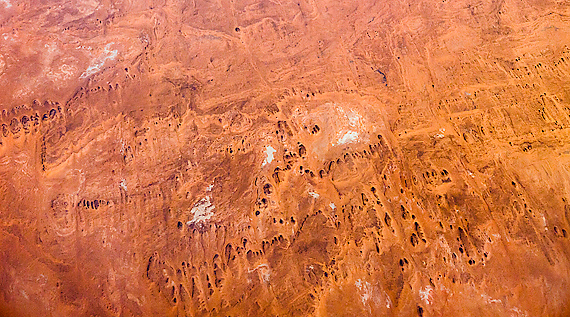 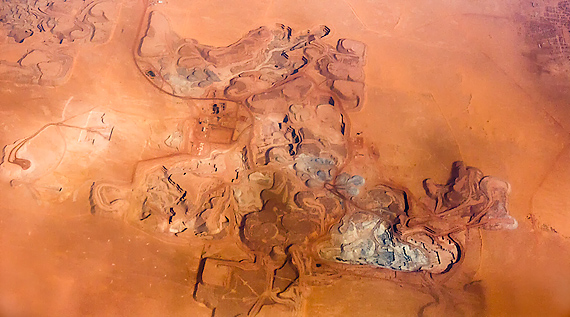 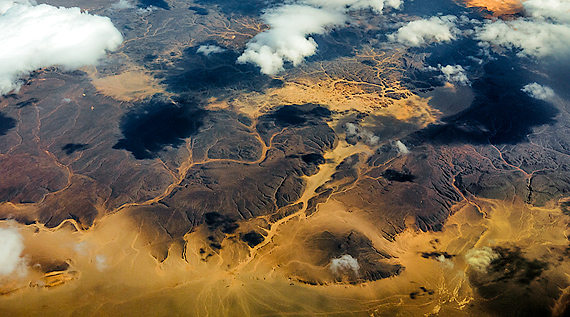 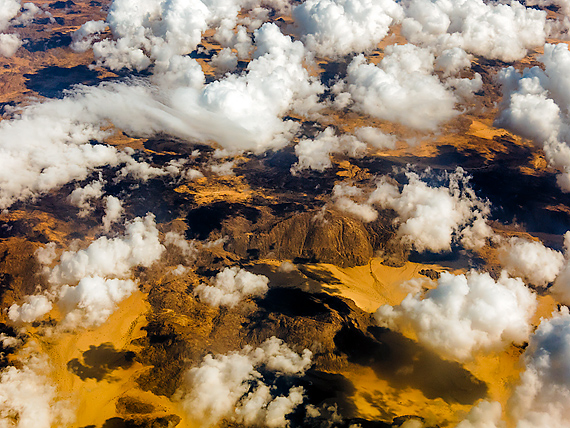 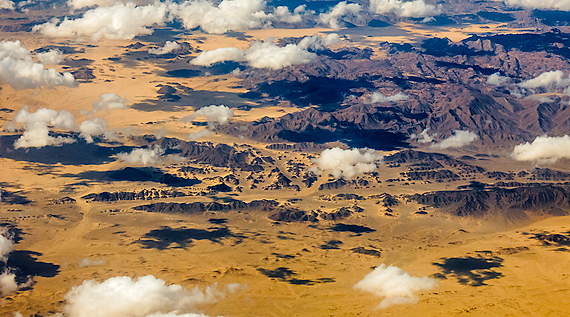 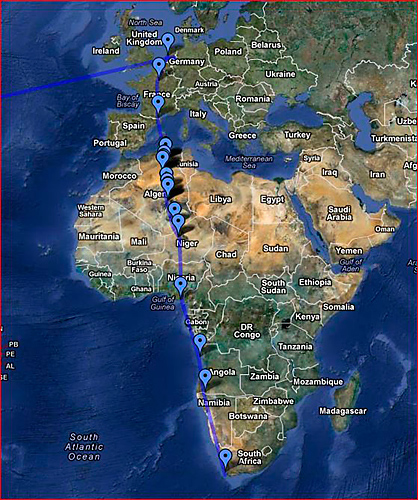 Note: I had initially labeled the crater “Amguid” incorrectly, thank you hartmut for pointing out that it is in fact “Talemzane”, the two craters being near one another in Algeria. So cool to think that we were talking about the same point in a desert seen while flying at 35,000 feet…