Grind in the City 2009 – Running up that staircase

The 2009 Grind in the City charity stair climb was held today at Harbour Centre. Starting at street level and ending up at the Vancouver Lookout, the 700 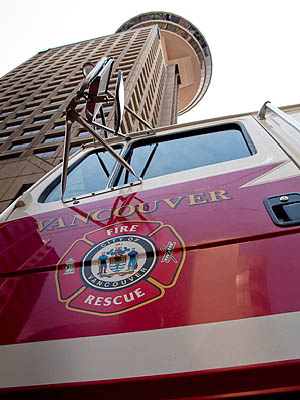 step or almost 500 vertical feet run has become a classic in downtown Vancouver.

There are two kinds of participants: the open, general-public category of braves wearing shorts and running shoes, and the firefighters from municipalities as remote as Whistler who race up in full gear.

OK, you want numbers? I’ll have to confirm these times but I believe the record in the open category was a little over three minutes (!) and then the fastest firefighter did it in a little more than… 4 minutes!!!

Now, that’s quite… impressive. I am no firefighter myself, not by a long shot, but I did have the opportunity to wear – and train in – full firefighting gear while onboard Club Med 2, since dive instructors were typically assigned to the Fire Teams. I clearly remember the sobering effect of a dreadful combination of heat and weight. Our training 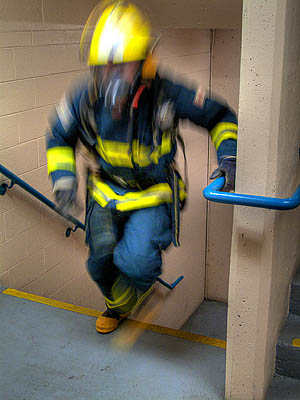 sessions were short and involved no more than a couple of decks worth of stair climbing, but I did on various occasions come very, very close to throwing up in my mask from exhaustion.

And these guys, they rush up over 30 storeys (the literature says 47, but it’s a matter of building blue prints vs popular belief), wearing heavy boots, a full fire suit, mask, helmet, Fenzy (sorry, old habit, theirs were Scott’s) and breathing through a mechanical device that always leaves you wanting more air, and then they go on about their business. There are very few people in life I truly admire but firefighters are among those.

Kudos, to everyone who participated. 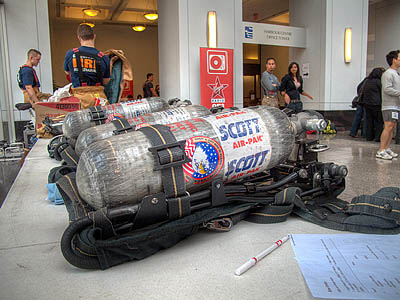 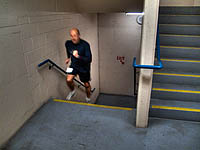 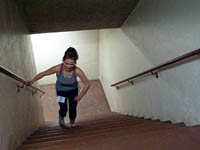 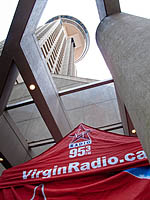