I Was Not There…

So I can’t tell you much about it.

I know that people were wondering if the recent dropping of the fence, the truck tire tracks in the mud, the clearing of neighboring grounds, the sudden dash of activity, the loud noises coming from inside the buildings, the strange absence of No Trespassing signs and the luxurious cars of contractors parked on a demolition-looking site meant renovation, upscale real estate deal slash bribe, or plain and simple leveling. Either way, I figured I should pay the ruin a visit before it met its fate.

The older the structure, the prettier

Had I gone, I would have approached from the south as most activity was concentrated to the north. I would have been brief, in and out with surgical precision, as I would not have liked the echoing sound of broken glass or other objects cascading down from the high roofs to piles of accumulated debris.

I could have, ironically, run into a couple of teenagers walking out of the abandoned building in search of water, leaving flash-lights behind as they intended to come back. I would then have asked them for an assessment of structural integrity and accessibility.

They would most likely have been keen to describe the place, and how this south entrance lead, through a very dark basement level, across the way to a gigantic open room to the north, and how I would have to crawl under a pipe but would be all right otherwise. They would have pointed to a small room and urged caution, explaining that the area was flooded but stairs lead into the water, to a possible lower floor, forever isolated by muddy fluid. 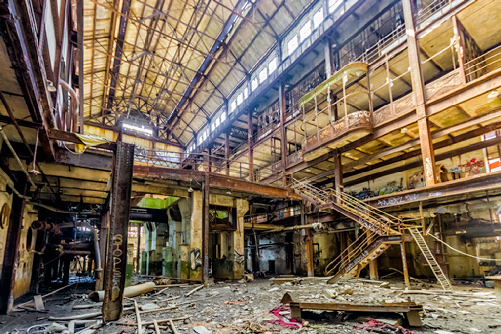 One of them would suddenly have looked at me concerned and said: “You know, it’s not very safe for you to go in there alone. If you break a leg…” I would have nodded, agreed and promised I would be very careful, while silently intending to indeed break a leg in a different way. But he would have had a good point, even though the fact that they were two certainly wouldn’t keep them safer.

So I would have slipped into the bowels of the old plant, walking as lightly in the thick mud as I could, crouched under the pipe, surfaced in a rather well lit enormous room whose walls were covered by graffiti, setup my tripod, attached the camera, and taken a series of quick bracketed shots for later HDR, hurriedly, without taking the time to double-check my results and thus missing the fact that I was shooting too far from the wide angle lens’ sweet spot and thus getting blurry corners.

Then I would have gotten the heck out of there, taking a few more shots of the basement level itself – near pitch black, but HDR and long exposures can bring even the darkest night to life…

I would finally have walked back to the train station as the two guys were returning for more exploration, a little too casually. Having to wait for the train a good 30 minutes, I would even have had the chance to see them too stroll back to the station, mis-figue, mis-raisin*, and say: “They found us and kicked us out.” It would have been as well. 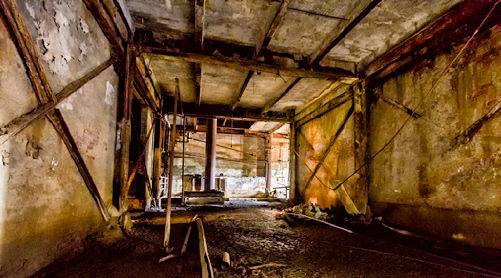 In the basement, a long exposure and HDR in near-darkness reveal impressive texture

The construction workers might finally have realized that the buildings, despite an advanced state of decay, were all too accessible right next to the tracks and should be off-limits to the public. As I waited for the train, a man could have walked around the grounds placing bright “No Trespassing”  signs in highly visible spots. I would have smiled inwardly and thought: “Saved by the bell.”

But since I was not there, I can’t confirm all this. These images are just a figment of my imagination.

Taken in near-darkness with a light beam from the left 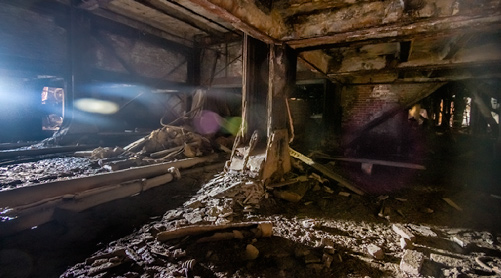 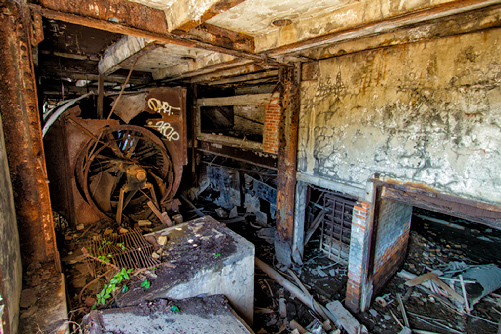 Entrance to the cave

A mess, no officers 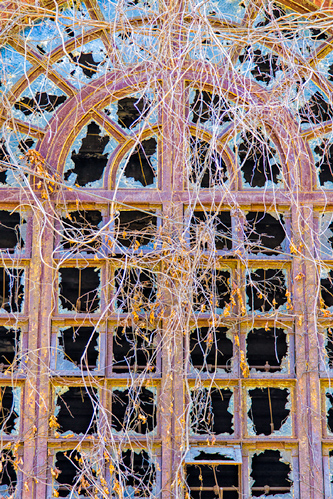 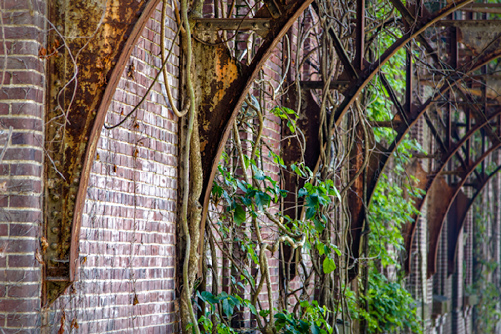 * Literally in French: half-fig, half-grape. It’s hard to translate, maybe something like “between a rock and a hard place”.