Interview with the Astronaut

This goes back to December of 2010. It was all a bit surreal. I was absentmindedly moving food around my plate while listening to a man talk. Casually, he explained that the main station console could give them three possible level of alerts. With an emergency alert, all of them would immediately drop what they were doing and fix it. If it was a warning, one of them would immediately drop what he was doing and fix it. Then if they got a caution, someone, at some point during that revolution or the next, would probably look into it. His eyes sparkled.

I glanced sideways at the ten other people seated around the large oval table. Some were smiling, others’ jaws were slightly agape. I could almost see the mental gears struggling to catch up, not with a theory that they all knew far better than I did, but with the reality of a first-hand account.

Need I clarify? The above-mentioned revolutions had been incredibly fast but perfectly clean and peaceful. We were not discussing socio-politics but astronautics. And the speaker was none other than Canadian astronaut Bob Thirsk. I had been graciously invited to a lunch at the Canadian Space Agency and was, like everybody else, literally drinking in his words. 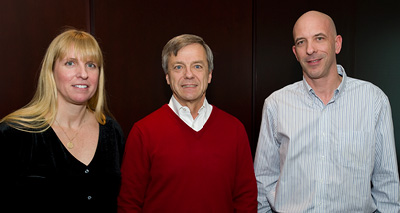 The International Space Station, on board which Thirsk had spent six months on his last flight, was at the center of our discussion. The ISS is vulnerable to orbiting debris and the Earth’s atmosphere is a messy field. But NASA can track most threats down to the size of a grapefruit and warns the ISS in advance. Far in orbit, and given at least 24 hours warning, the crew will simply dodge danger by thrusting the station out of the way slightly. To think that I used to complain having to move my car across the street on snow removal days!

Thirsk added that they once moved the Station away from the path of a piece of such debris. He later asked the Mission Commander how big of a piece it would have been. “One centimeter” had been the answer.

It’s one thing to watch a well made documentary on TV, it’s quite another to have a man who has seen the Earth from space and felt the thrust of the Space Shuttle’s boosters look you in the eye and say, talking about his last re-entry on board the Russian-built Soyuz, that that was the tricky part. He did have a porthole and could look out. Eventually, the planet’s surface started getting closer. He began to see flames as they hit the atmosphere, until it was all deep red and he could see nothing else but the magma. By design, the capsule was actually melting and there were streaks of metal flowing down past the window.

By design, the capsule was actually melting and there were streaks of metal flowing down past the window.Lunch lasted a mesmerizing couple of hours and I have very little recollection of what was in my plate. The poor Thirsk was asked question upon question but never seemed to get tired of answering them. He was patient, obviously enjoyed talking and had lots of stories to tell. I couldn’t help thinking that in addition to all their knowledge and skills, astronauts must also be chosen for their PR abilities, because their status effectively turns them into public images of themselves and ambassadors of the Space Program.

We discussed the Program’s uncertain future. With the Shuttle era ending once and for all after the next three and final launches, there is going to be a huge void in space. All agreed that to survive, the Space Program must be focused tightly. It must have a goal and fight for it.

After the end of the Shuttle missions, the only alternatives to bring payload and astronauts in space will be riding with the Russians. Until, maybe, the Chinese take over. Either way, that’s not very motivating for the American public. Neither is the idea of going to an asteroid, and the Mars project hasn’t really shaped up yet – lots of if’s and maybe’s among the when’s.

Thirsk mentioned that when Kennedy sold the Moon to Americans, he did so by telling them that such things are chosen not because they are easy, but because they are hard. The president also set an incredible timeline: they would reach the moon within a decade. He had balls the size of watermelons. So big they upset someone who took him out.

Still, we reached the Moon in time. The project was a folly and would later be dropped just like we are dropping the Shuttle because too expensive to co-exist with mandatory things like a war budget – and the U.S. always has a war in its pocket.

And yet by walking in the Moon’s dust, Neil Armstrong, Buzz Aldrin and their followers have elevated our race a little further above the mud that saw us evolve from worms to sentient beings. They have widened horizons, pushed back frontiers and expanded our awareness and understanding of the universe. They have helped humankind conquer a new playground, and done so without shedding the blood of innocent natives.

They will long live in my heart and, along with Kennedy, Thirsk and many more who dare to dream and achieve those dreams, they grant me the occasional, fleeting bout of pride about belonging to our silly little race.

Related posts: Of possible interest, see my related previous posts about a French astrophotographer’s capture of the Shuttle’s silhouette against the sun and my own attempts at replicating it.

Update: Make sure to read Jenn’s quite interesting shuttle story in the comments!