Jamaica Bay in a Hazy Shade of Winter*

I was out on winter park photography assignment for my favorite writer who was unable to attend and shoot her own stunning pictures, and my hesitant steps eventually took me back to  Gateway National Recreation Area’s Jamaica Bay Wildlife Refuge. Yes, this is in New York. In Queens, to be precise.

The city had finally scored a modest first snowfall of the year. Short of digging an igloo for my cat in the snow-covered terrace as I had done the 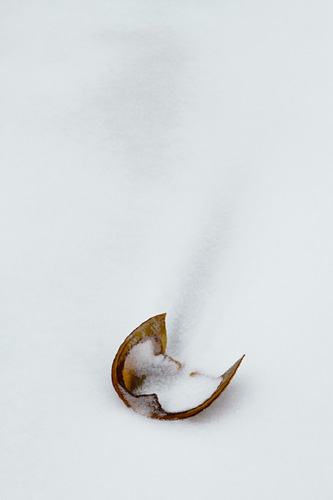 previous year, I decided to avoid the slushed out city streets and head for the nearest wilderness.

I arrived in early afternoon and walked from the Broad Channel subway station to the park’s visitor centre which acts like a gate, and asked the ranger on duty if I really had to fill in the required disclaimer/I-will-always-follow-the-sacred-rules little card. She took one hard look at me and asked: “Is this your fist visit?” “Hell no,” I said, “I’ve got a few of those cards already but can never find them when the time comes.” “Sir,” she replied, “the only people who are here today,” and she waived at the empty room and the deserted parking lot – the snow falling outside had just turned to sleet and was coating the landscape in a thin layer of ice,  “are the ones who rea-lly want to be here.” I was waived through with a knowing smile.

So I ventured back in the cold and while there were a few tracks in the snow, I never saw a soul again for the entire afternoon. The sky was heavily loaded in dark tones of grey and sorrow, but just enough snow had fallen to whiten the ground and complicate exposure. My white balance, left on Auto, recorded the whole session a little on the warm side, but I decided not to correct the pictures because they actually turned out exactly as I was seeing the world around me: a duotone made of brown and all shades of grey from black to white. 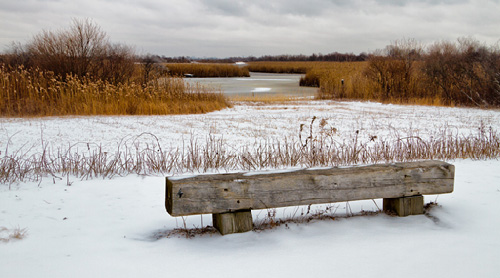 I stocked up on solitude, clean air and raw digital data.

On my way back, as I paced around the elevated subway station waiting for the train, I looked up at the JFK approach path and was stunned to finally see my new favorite airplane on final. It was Emirates’ Airbus A380 landing on runway 31L, possibly the very same plane I had travelled to South Africa last year, and aboard which Marie had flown there last month. A beauty. A graceful giant. A mesmerizing achievement of advanced technology and unbridled ambition, with a touch of magic.

Any way, here are the pictures. Wish you’d been here.

* For the record and against all odds, I still think that the Bangles did it way better then Simon and Garfunkel.