It’s hot. I don’t do the beach thing too often but after writing 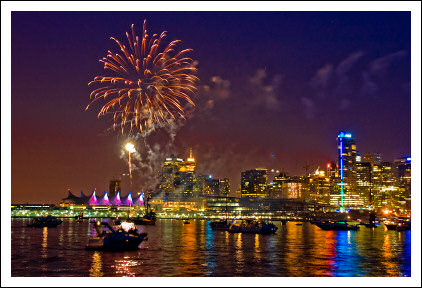 my epiphany of bitching and highlighting the fact I live on the water, I figured I might as well take myself seriously and cross the street over to summerland. Don’t they say that life is a beach and then you dive? Of course, today being the first of July, I’m not alone here. However so far the crowds haven’t given me the creeps. The day is warm and slightly hazy, Vancouver true to herself, contrasty and ambivalent. While frying on the hot sand, I’m looking to the north at the patches of snow remaining on mountains 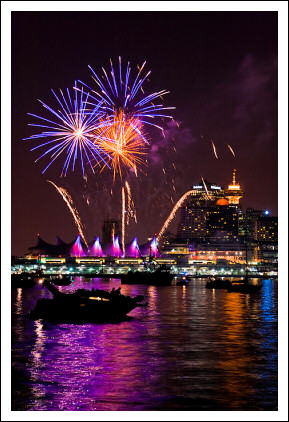 around Grouse. A grey heron flies by, seaplanes are lining up for their final approach over Stanley Park, a large yellow chopper is circling around a giant Super Post-Panamax gantry crane carefully hoisted on a freighter, probably awaiting extreme low tide to go under Lion’s Gate Bridge to the Port of Vancouver. Sea kayaks are sliding along on the calm sea. I won’t last long. This just isn’t me; but I’d like for my skin to remember years spent in the tropical sun, so that it won’t lose its tolerance and sense of humour. If the temperature can drop a little, I’ll go running and then later venture back out to shoot the Canada Day fireworks. Sand. It sneaks everywhere. The last time I was lying on a beach, Marie was to my right and adorable penguins were walking by. The water was clearer but not much warmer. It was another hemisphere, another continent. The same story, unfolding slowly. 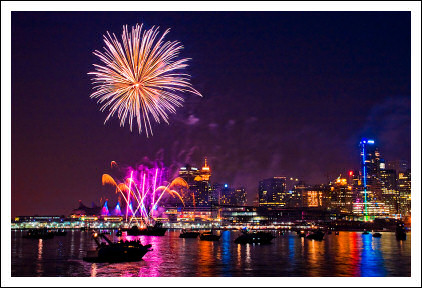 The crowd is sneaking into every little corner of my personal space, just like sand did so earlier. Human rivers have poured out of the downtown core like hot lava out of its crater, unstoppable, destructive. We’re talking about very well behaved lava, here, this being Vancouver. But the fact remains that I am no vulcanologist and would be much happier under my canopy or alone with Marie at the top of a high mountain. The fireworks soon begin. They are disappointing compared to the Celebration of Light. I do my thing and then follow the flow back to town, itching everywhere. What do we have to be so proud or happy about, celebrating Canada Day while Canadian soldiers are killing and dying overseas in a war that isn’t ours and in which we shouldn’t be involved? 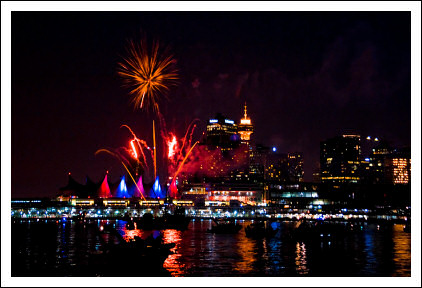