Low tide, after noon – The Seawall

Today I took Abe Second Generation around Stanley Park looking for wildlife. On Saturdays, the Seawall is almost like the beaches of Coney Island and I figured the only thing that wouldn’t yield hurriedly to the crowd was marine life. 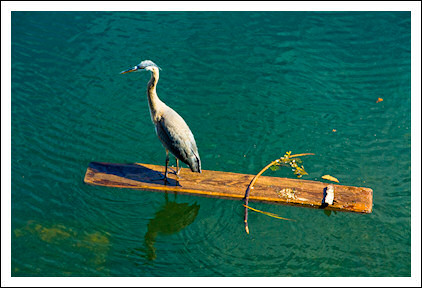 I had starfish in mind. I came back with something else, entirely.

As soon as I got to English Bay, I realized this was an exceptionally low tide. Hundreds of feet of shoreline had been left exposed and a billion mussels were roasting placidly in the sun. I began my quest for the elusive starfish, patiently and unsuccessfully. There were oysters, mussels, crabs, thingies and birds, though. But no starfish.

Kent Avery was on location, selling pictures of his work on the Seawall’s, err… sea wall, but his balanced stones weren’t that impressive this time and the whole thing had a vague smell of tourist trap, so I moved on. Finally, between 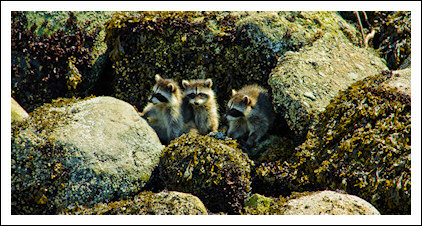 Siwash Rock and the Lion’s Gate Bridge where the water at low tide is a good ten or fifteen feet below the path, I spotted one.single.starfish. Climbing down a pile of large rocks to the water below, I walked on the slippery shore and took a few pictures of my discovery.

But when I got back to my pile of rocks, improvised staircase to the Seawall, I found it occupied. A family of raccoons, mother and three cubs, was in the process of climbing down my way. The three younglings being rather small, it wasn’t a simple affair. I whipped Abetoo out of its bag and for the next half hour, as people stopped above me and took pictures too, I had 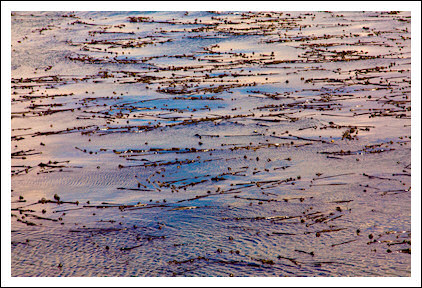 the front row to myself and enjoyed the cutest family outing.

Later, having circled the park, I found a stranded heron and a funny river otter at the bottom of Coal Harbour. That’s Stanley Park for you. Tucked right against the third largest Canadian City and third highest population density in North America, it’s full of surprises, it’s beautiful and it’s next door.