On the road, Photoblogs, Photography

As a photographer, I am a child of the 21st century. I love color. I crave it. I couldn’t be or do without it. So I tend to underexpose a touch and to slightly boost saturation, or rather the newcomer vibrance*, because 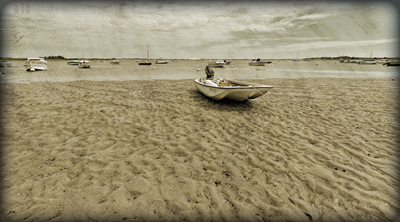 that better reflects my inner view of the world. I don’t really dissect a scene into zones like Ansel Adams did. What I look for are balance, color, contrast, shape, texture, question marks, surprises and puzzles. I let them talk. I analyze how much they move me. If they tip the scale towards the positive, I press the mental shutter first and the camera’s second. If not, the mind looks elsewhere.

But every once in a while, color fades and abstraction and mood prevail. The time has then come for black and white, or any monochromatic tone. It sometimes happens in the field and others back at the ranch, in the comfort of my digital lab. I have caught myself staring at a shot for an eternity, uncertain of what was wrong or missing, only to realize later that nothing had been – there was just too much color. I’d take that distraction away and the shot was reborn.

Any way. Here’s a monochromatic look at Rockport, with more color photos on the way soon.

* Vibrance is the new chic variable in color correction. While the old saturation adjustment would boost color saturation of ALL colors – actually clipping those already quite saturated, a rather destructive result in terms of quality – the new vibrance smartly boosts the saturation of the less saturated colors and leaves the saturated ones alone, achieving images that are much closer to what the human eye perceives in its infinite wisdom of intelligent universe translation.