More Post-Sandy Coverage, While I’m at It

Not so much has changed*. 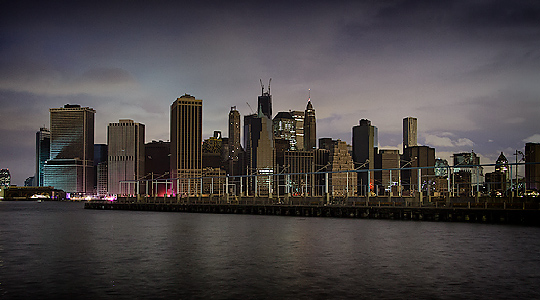 Our mayor has finally cancelled the NYC Marathon that was to be held on Sunday, after being pressured in all directions from all sides – and I have no doubt that some sides were dark and definitely not so clean. I like Bloomberg, he has guts and goes against the flow. His law against oversize soft drinks was sociopolitical poetry, apart from being a self-inflicted burn. So I am sure he must have weighed many factors, a lot of which we are not even aware of.

I did sign the petition, on impulse, without even checking the facts. And that, I never do. But in the end, when the city still struggles to get back up on her feet, let alone walk, there could be not justifiable reason to host and fully support a race of people running for the heck of it, or for fame or money. Right now the water, blankets, drinks, toilets, generators, paramedics, cops, traffic control, barriers, garbage trucks, volunteers and budget can be better used elsewhere. 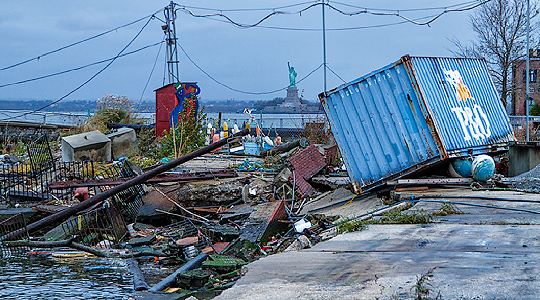 The Statue of statues stands guard over much devastation

Our planned weekend escape to Cold Spring on the Hudson has met its fate. Metro North trains are not running past Croton-Harmon*. Quite a few people I know still have no electricity nor water at home and are living their life on AAA battery power and working from Starbucks where wi-fi can be sought at the cost of a possible fight. There remain so many miles of flooded or obstructed train and subway tracks that MTA officials must be losing most of their scarce remaining unionized hair trying to coordinate restoration*.

Today I witnessed a fistfight at a gas station for a few mere gallons of the precious substance. Police were controlling access to the station and the vehicle queue to purchase a capped amount of fuel stretched 2 blocks long. But on a bright note, milk has re-appeared at the local grocery stores and cat litter stands strong.

The looting that was reported in Coney Island seems to have been isolated. I say shoot on sight. And I don’t say it lightly. 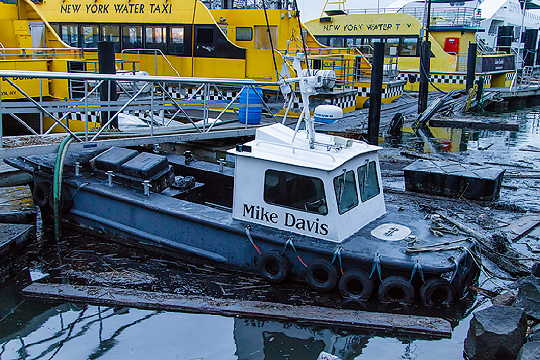 The Presidential Chopper and its military escort, each aircraft burning hundreds of gallons of jet fuel an hour, have been buzzing above our heads. Many voters to keep entertained and voting. Ok, I am being cynical; Obama could be focusing more on his re-election and less on the NYC hardship. He’s doing the right thing, regardless of what’s at stake and points gained. The problem is, when you’re the President of the United States and want to hug a hurricane victim, you can’t do so in secret. The cameras will measure the newton force in your embrace and convert it to statistics and prognostics.

Yet, how could he not hug her? “All that is necessary for evil to triumph is for good men to hug nobody.” (Original quote attributed to Edmund Burke)

* SATURDAY NIGHT UPDATE: A lot has actually changed, but this was written on Friday night. The subway system is catching up. Electricity coming back in Lower Manhattan. 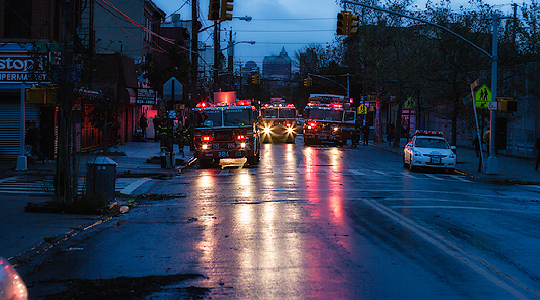 They have had a long week 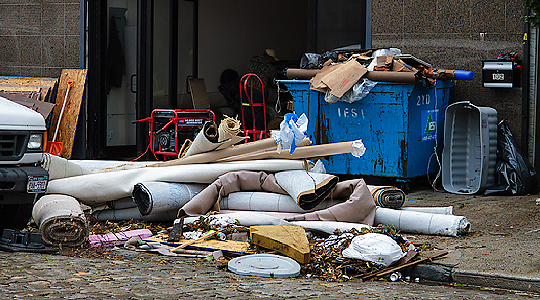 Houses and warehouses are being emptied of water-damaged goods 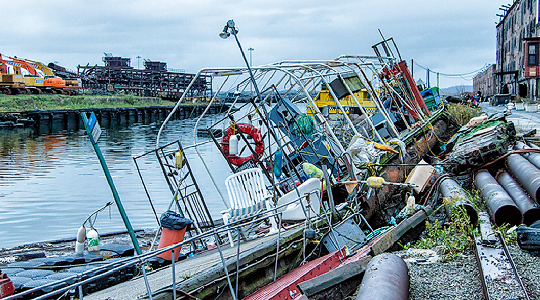 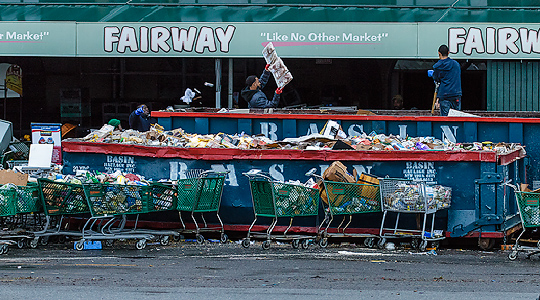 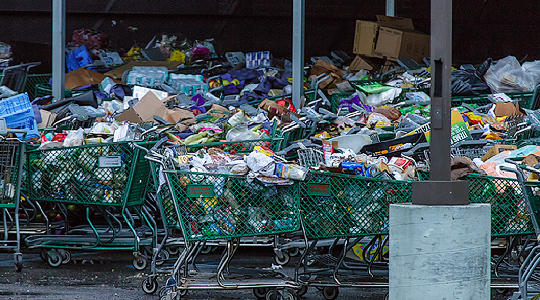 Trolley after trolley of damaged food

Sending the crew in

I still had to smile despite all the hardship