Nemo Flirts with NYC – There is no Business like Snow Business

Winter storm Nemo came and went, leaving the New York area dusted with up to 10 inches of snow and other parts of New England choked by up to two feet of it. But really, as far as the Big Apple is concerned, if this was Nemo, then the blizzard of two years ago must have been Bruce. All teeth yet so soft and fuzzy Bruce was. And pretty much paralyzed the city.

Nearby states of Massachusetts and Connecticut were not so lucky. Record accumulation, state of emergency, death toll, they got it all. The CEO of the Weather Channel must be rubbing his hands, and not from the cold. 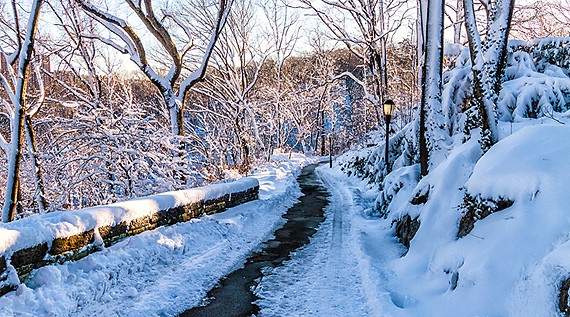 Why a winter storm should be named remains unclear. It is an obvious media trick without a basis in traditional meteorology. But there is no business like snow business, and weather sells like hot cakes on a cold day. So someone clever came up with a friendly name and all of a sudden, trouble sounds cute and is easily searchable online.

Meanwhile back on the local scene, Marie and I headed to the north of Manhattan on Saturday, when it was clear that the heavens had given up on any more precipitation. The sky was blue and New York still wore her white dress, reborn from her dirty ashes, like Gandalf back from a fall into unspeakable darkness in his fight with the Balrog, now purified and wiser. The city’s rather ugly face had been replaced by utter beauty. As we walked towards a park, looking around us mesmerized, Marie pondered out loud: “Why do we like white so much?” 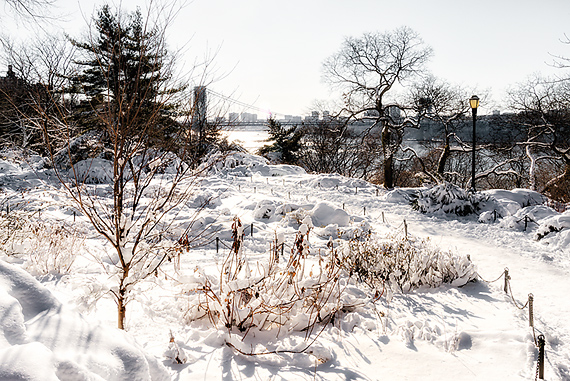 A view towards the George Washington Bridge

We had been heading for Inwood, topmost corner of the island, but made a split decision to stop short of it by two subway stops and climbed up to Fort Tryon Park instead. It was a smart move. The park was stunning and the views wide open onto the Hudson River and across to New Jersey. People were happy, taking pictures of their own town like tourists at a landmark. Kids were sculpting snowmen and other lifeforms with the diligent help of adults, snow fights were erupting, every slight topographical hiccup was turned into a run and sleds were improvised. Peace, it seemed, had fallen upon the world.

Next I will post pictures of the inside of the Cloisters… 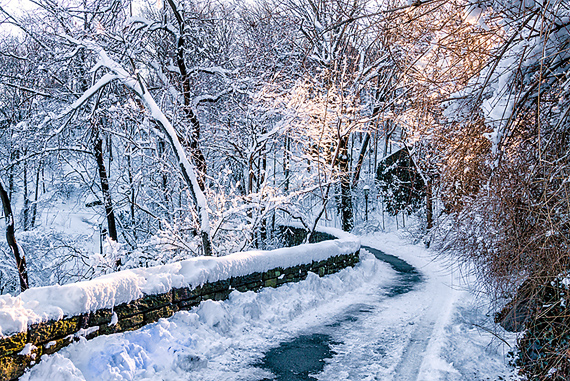 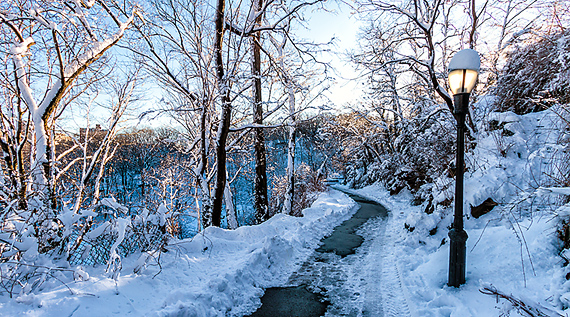 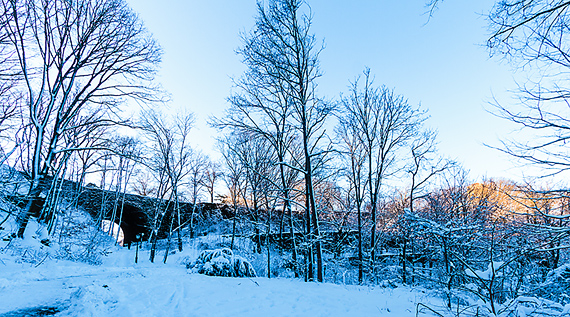 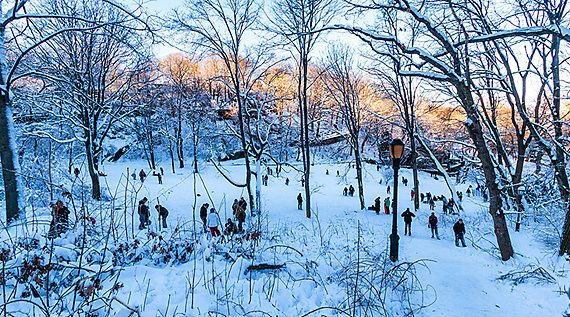 People were enjoying the snow 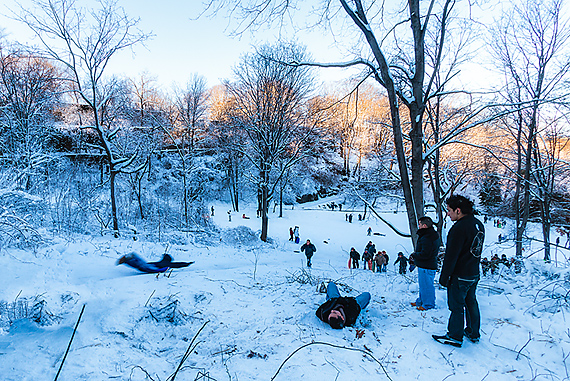 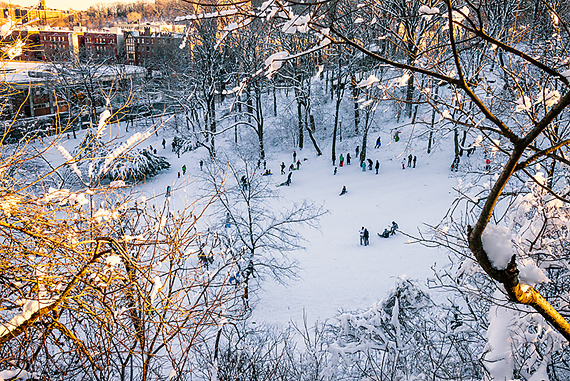 A Brueghel painting as Marie described it 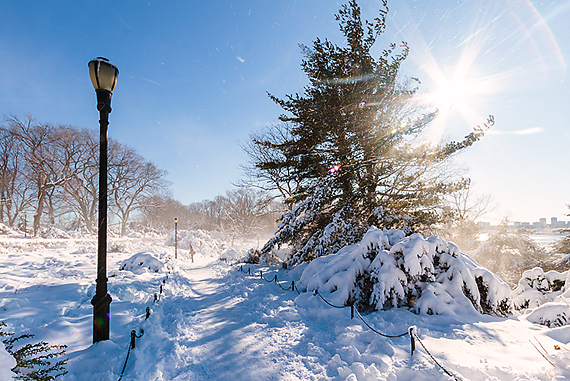 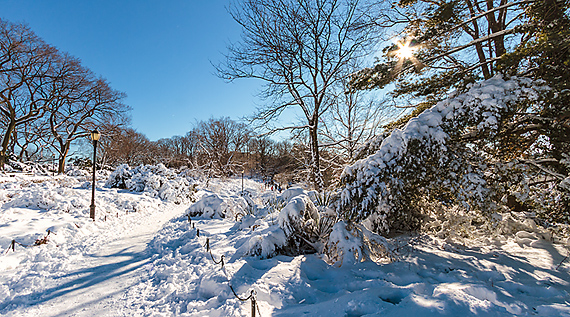 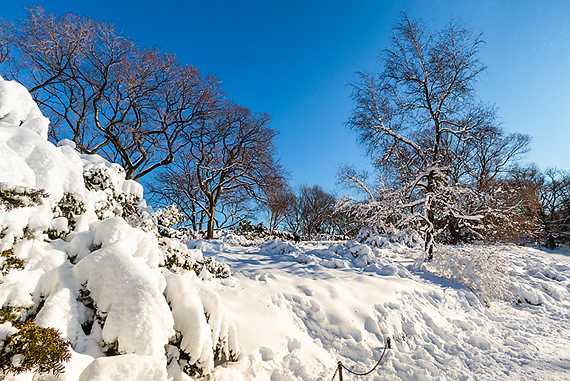 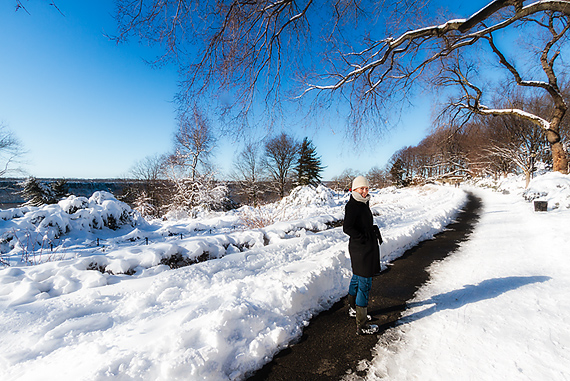 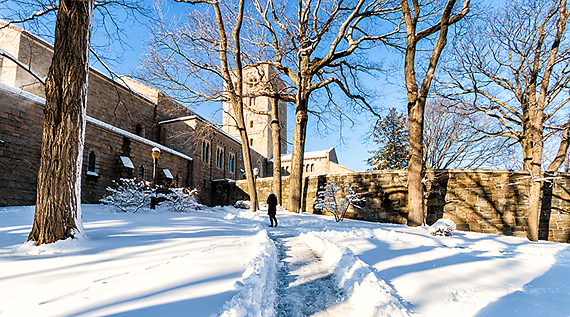 Walking up to the Cloisters 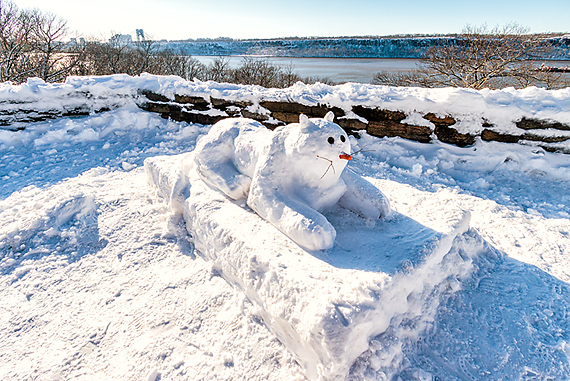 In the background, the New Jersey Palisades 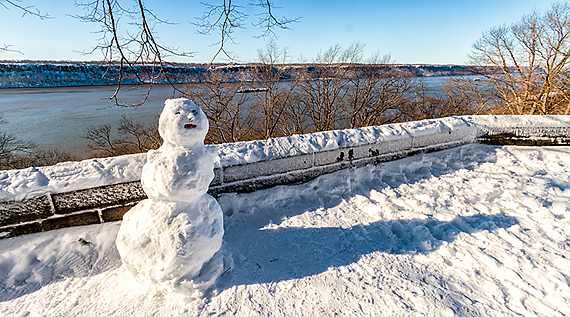