Eight million New Yorkers were deprived of their morning commute for less than a foot of sheer winter beauty
New York, Photoblogs, Schtroumpfissime

Well, as far as New York City is concerned, this was mostly media frenzy. I walked to work this morning, some nine kilometers on perfectly scraped sidewalks. The snow had stopped and apart from a few short gusts, an eerie lack of storm floated in the air. Streets were empty, clean, and a mere ten inches of snow covered Central Park in an all too light blanket of soft cleanliness. I shot a few JPEG images – could not process RAW – they are as-is.

As I walked past Columbus Circle, and again at Times Square, news anchors were hovering, preparing a smile stiffened by the wind, mentally rehearsing the weather report that would tune down all the hype. They looked disappointed or maybe hungry, like too many vultures watching the death of too little meat. The local incarnation of Juno, it turns out for NYC, was stillborn. The news will have to come up, by afternoon at the latest, with more wars to distract people with. There is no business like snow business. Except today. 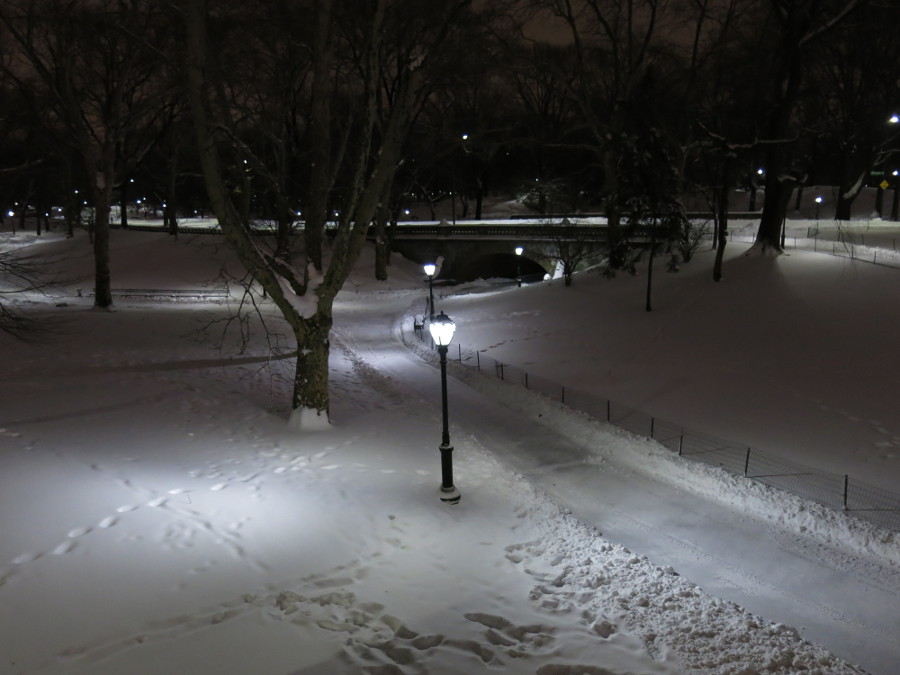 6:33 AM – Central Park with a light snow cover. Did someone say blizzard? 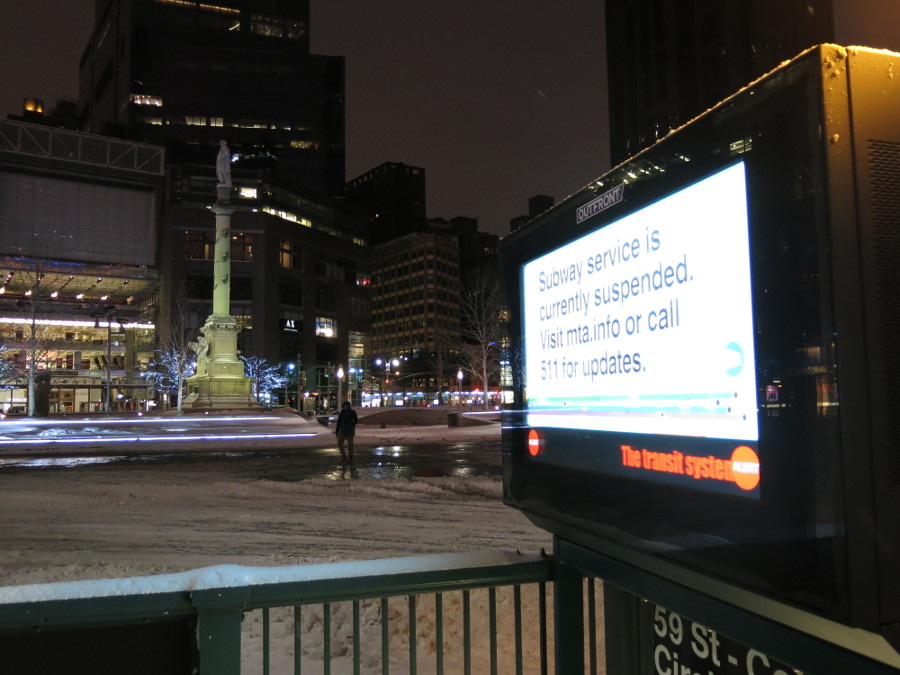 6:36 AM – MTA service has been suspended all night and this is what the streets look like. Yes, I do see traces of snow. 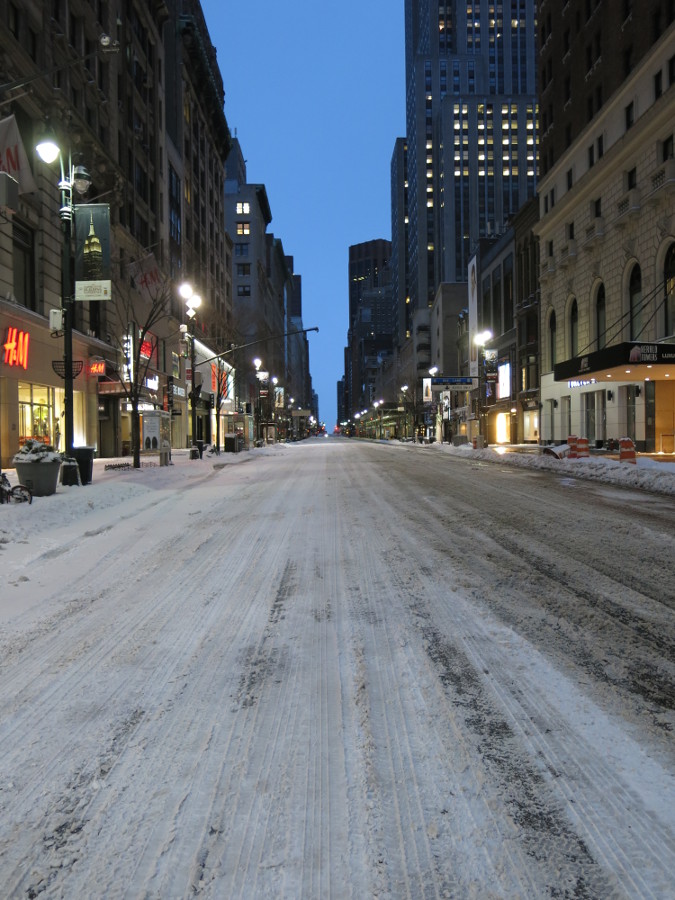