New Yorker Fix: When Desperate for the Ocean, Head for the Rockaways

So we did. Marie had just come back from two months in stunningly gorgeous South Africa’s Western Cape, and I had just gotten over not coming back from anywhere. Needless to say, we were both thirsty for a sea breeze and a limitless horizon. 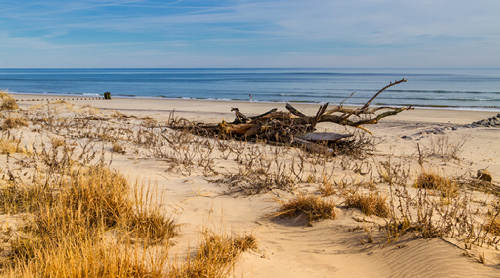 So we crawled like ants under the Brooklyn maze and then emerged and bounced a few times on a bus until we were ejected a stone’s throw from our destination. The beach held had a surprise for us. It was dead calm. Patches of oil-like water offshore would have let us spot dolphins miles away, had they chosen to visit.

Seas this flat always remind me of a blessed day of the last century, circa 1992, when rounding the northern tip of Australia aboard the largest sailing vessel ever built my our race, we were greeted into the Torres Strait by a sea so incredibly still it acted as a mirror and revealed turtles surfacing as far as a mile off. 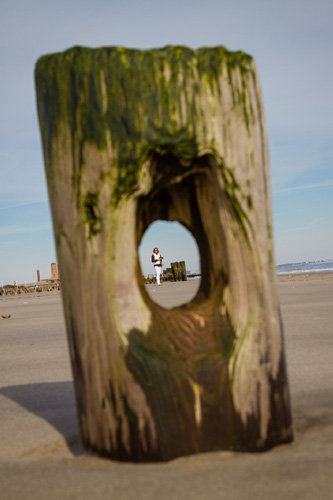 The beaches around Fort Tilden were deserted by all but a couple of fellow photographers. We sat on a kikoi and ate our picnic, marveling at the lack of noise, movement or crowd. Seagulls paid us a visit, attracted as they should be by saucisson and wine. 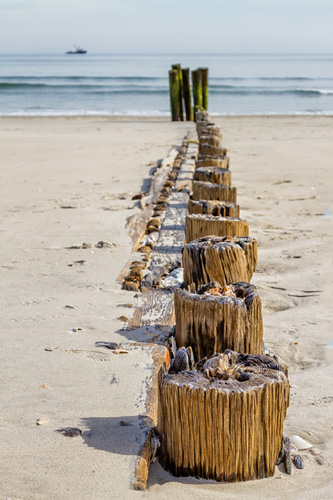 This post illustrates the multifaceted Rockaways on a late winter day. The next post will exclusively feature seagulls in close action. I know, how low must one sink ’til they start shooting seagulls for lack of any other bird-proper candidates? But these were cute, clean and close.