Of skies and a runaway sun

When seeking peace inside and longing to settle the chaos outside, a 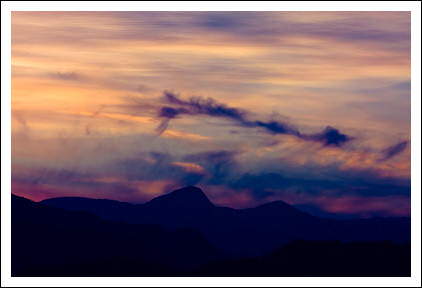 West-Ender needs look no further than the Seawall. (I sound like a bloody advertisement, but it’s true.) Flowers greet me at the bottom of the tower and follow me down a quarter of a block to Alexandra Park where the wooden gazebo thrones over a parterre of green grass and a neat row of more flowers lined up against Beach Avenue, which I cross and arrive on the Seawall, 3 minutes and 23 seconds after leaving home.

A few things become instantly apparent, as I shed my urban burden and leave my worries behind, jumping in stride with passers by, rollerbladers, runners, bikers and other nondescript visitors. They have all come to do the same. They all seem to appreciate the beauty around them. They are not nearly as aggressive to my system as a normal crowd would be. I seem to become instantly more tolerant. 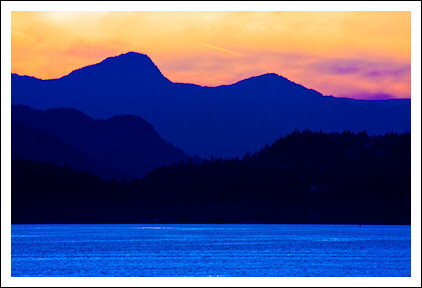 typically abates at night and late afternoons often feature calming seas and gentle sunsets. My senses tune into the environment and I listen to the sounds of joyful living by the shore. Kids are laughing and chasing each other on the beach, while a few hardcore volleyball players are still smashing at their ball in the fleeting light. Small birds are chirping behind me in the trees and larger seabirds laugh by the water and in mid-air. The muffled sounds of a cheaply amplified microphone wander in waves from across the bottom of Denman where street performers usually set camp. I hear laughter and people clapping and cheering. The guy must have burnt himself voluntarily with the flaming rods I see flying over gathered heads.

Many have settled on the beach with towels or even chairs, picnics and cameras. They are waiting for sunset. Watching sunset is an institution in a 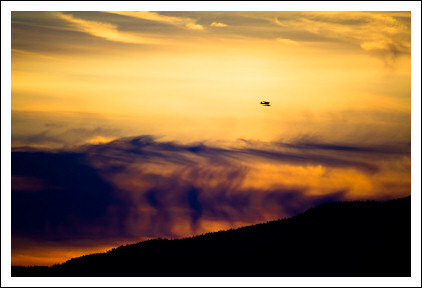 land of westward shorelines and friendly public spaces. I know I will join them, at some point, but I haven’t really decided where and when yet. I’ll stroll until a spot or a scene catch my fancy, or until maybe the sky does one of its tricks and intimates me to stop and shoot immediately.

For now, I walk slowly, looking around, taking in the many scents, flowers, various plants, ocean, hotdogs, pot. Minuscule waves are licking at the shore, ever so softly cleaning it up, willingly manipulated by a rising tide. A lonely raccoon crosses the path before me, on its way to Raccoon City further towards Lost Lagoon. A couple of dogs do see it and show immense interest, but they are half its size and their leashes are held firmly by worried hands.

Some people informally salute each other on the Seawall, nodding in a friendly way or smiling as you pass by and therefore labeling themselves as locals. It’s a 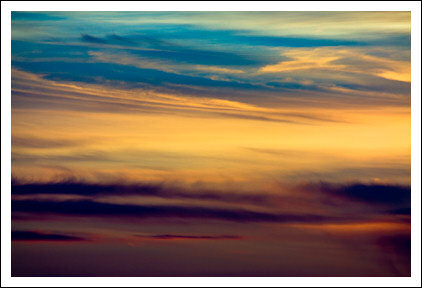 beautiful custom that reminds me of another highly civilized and respectful scene where saying hi to everybody is common practice, the mountains. My stress level is falling by the minute. The Seawall is creeping back under my skin, a welcome invasion that should be daily and weather-independent.

Eventually, I settle for my own share of picture folly, staying well into darkness, watching the city lights come alive behind me and the ocean go to sleep in front, as the night approaches from both sides and closes in on the brighter line that still links me to a now disappeared sun rushing forward around the globe to go greet an angel, far behind me, in a new dawn on a tiny terrace. It could all be confusing, but the peace around me so blissfully seeps in that in the end, it all makes sense. We are just so very lucky.