Once Upon a Time, Rockport

In October of 1991, the quaint little town of Gloucester, MA, was put on the map at the epicenter of a highly mediatized maritime drama when one of the strongest extratropical cyclones in Eastern Seaboard history, fed by the 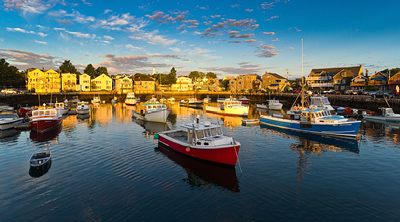 remnants of hurricane Grace, unleashed its fury at coastlines and scrambled open seas, engulfing boats and randomly taking lives. It was a "Perfect Storm" that sunk the Andrea Gail and lifted Sebastian Junger to the top of charts.

Yet all things weather-wise are rarely that intense around Gloucester and casual summertime visitors would never know the region hides such a terrible temper under its clever cover as a touristic but pleasantly quiet coast. There are many gems to be discovered, neat little places that seem to have avoided the pitfalls of over-development and remain as they were five decades ago, tranquil, well-behaved and picturesque.

One such rarity is Rockport. Located 15 minutes north of her big sister Gloucester at the northeastern tip of Cape Ann, Rockport could easily be missed as one takes a sharp left towards Essex Bay and pushes on to New Hampshire. The town bears its name well, consisting of little more than a small harbor nestled within a cove between natural rock formations and a man-made breakwater. Leading out along the port is the Bearskin 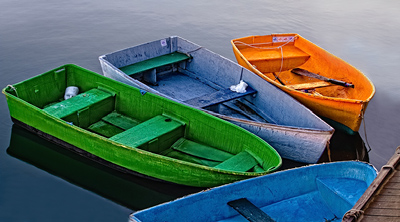 By some twist of fate – or maybe the actions of a smart town council – Rockport has thus far skipped the typically North American infestation of fast-food chains and strip malls. The town seems to be 95% residential and obviously survives from tourism alone as a seasonal industry. There are plenty of options for those seeking summer accommodation and although it gets pretty busy during the warmer months, crowds never seem to be out of control and decibel levels remain acceptable. The fact is that one doesn’t come to Rockport to party, but rather to relax.

A series of beaches interlaced with rocky shores gives Cape Ann a moody character. While nearby Gloucester charges a whopping $25 for parking at its two main sand strips, the beaches of Rockport are free and less crowded. Whether it is at the sandy downtown Back and Front beaches or further south at the long mix of pebbles and sand of Cape Edge, the summer ocean remains chilly all year-round. It smells fresh and pungent and is usually clear and inviting. Locals are nice, too, smiling a lot and greeting 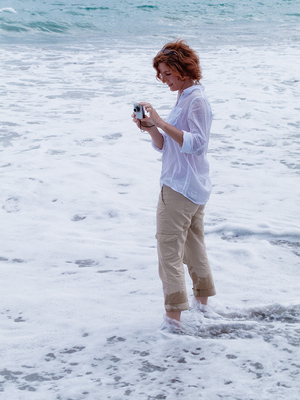 everyone, and once behind the wheel they respect pedestrians in a very West-Coastedly manner. In a word, Rockport… rocks.

So Marie and I decided to escape the Big Apple frenzy for a few days and hook up with a few of my relatives who ritually spend a couple of weeks by the sea. Car rental rates being outrageous in New York, we opted for the trusted Amtrak train that took us to Boston in 4:30 hrs. There, we hopped on the subway, crawled stealthily underneath the city and emerged at the North Station where we caught a wi-fi equipped commuter train to Cape Ann. We were stepping down onto the Rockport station dock at 3:30 PM.

I had messed up our arrival time notification and no one had come, so we did what most people do all day around there, we walked. Our guesthouse was located about a half-kilometer away but not having visited the town in at least 20 years, I took us on the long way home, suitcases in trail and photo gear on my back.

But Rockport is a small place and it wasn’t long before I spotted a cousin walking towards us with a welcoming smile. We were escorted to our shelter where more 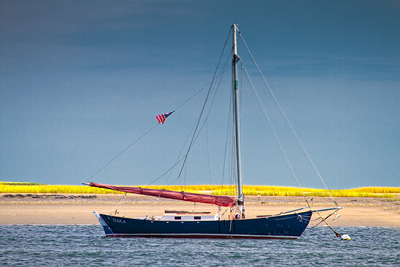 welcoming notes awaited with explanations of everyone’s current location, mainly the beach (mom), taking naps (undisclosed) or playing PSi (my nephew Yann.) Word of mouth was in full swing and with family members staying all over town, it was going to be a fun week of friendly gatherings here and there, the older children roaming freely between houses and beaches and everybody maintaining an deliciously independent schedule within the general momentum.

Lazy days were spent perfecting the sacred art of doing nothing. Marie and I stayed in a charming small room right across the road from Back Beach at the Beach Knoll. In the morning, we had breakfast on the porch looking at the sea, coffee in hand, feet up, analyzing tides, watching divers on their check-out dives, counting cormorants and letting our thoughts drift and our hearts calm down.

There were various daily beach rendez-vous, there were games of pétanque, there were swims in the cold water and wild body-surfing 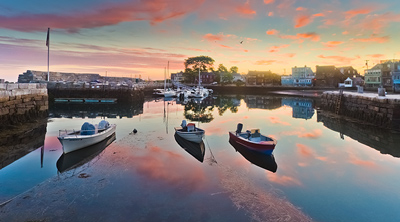 sessions, and lobster picnics with Gitte, and pizzas and fudge sampling and ice cream extravaganzas. There was a proper meal with my adorable mom at My Place By the Sea, sitting outside at the very end of the Bearskin Neck as the sun went down, and it was almost like sitting at Harbour House in Kalk Bay with our other adorable mom, half-a-world away in the southern hemisphere.

There were drives out of town to Gloucester and the marshy estuary of the Essex River. There were sunrises and sunsets – and pitiful attempts on my part at recording them, as I succumbed to the seaside town’s incredibly slow rhythm and began to replenish my soul with peace and laziness turned wisdom.

Then all-to-soon we were on a train again, and as we left the ocean behind and rolled rapidly towards 8 million of our fellow New-Yorkers and a 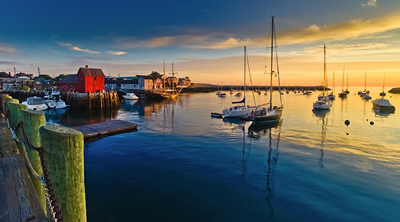 single black cat, my blood pressure rose a bit and my heart sank. Just as Da Vinci said it so well for the skies and love of flying, so it goes for one’s attraction to the sea: once you have slept for a while in salty air, rocked by the gentle sound of waves flirting with their beach, the ocean will flow in your veins forever. It never gets out. Your blood becomes salty and when stranded far inland or near dirty water, you can only lick your lips and remember the taste of everything maritime, the motion of swells, the cry of sea birds and the eternal cycle of tides.

The ocean might have given birth to life itself but if we do not take care of it, it will take life back. For now, though, it keeps sustaining my dreams.