It was winter and I had itchy feet
New York, On the road, Photoblogs, Stories

A few months ago, while a moody winter hiccuped erratically across the Eastern Seaboard, I blew the proverbial fuse and blasted off our Brooklyn island and unto uncharted territory at the wheel of a Zipcar. Poor Marie was tied up to her computer by aggressively lively deadlines, and I just had to see the world. Any world. Fast.

Willingly lured by the artistically carved, delicately etched and forever lacquered and polished memories of my dear tropics, I was weak and went south. Well, southeast, as it turned out, since I crossed the magnificent Verrazzano Narrows Bridge, skidded onto Staten Island, hopped over the crowded waterway of Arthur Kill, and landed in Jersey.

I settled on the New Jersey Turnpike, the largest highway I know in this part of the world. It is fourteen lanes wide through four separate roadways in some places, a nightmare of futuristic proportions, funneling the short-sighted and self-preoccupied mass of our human efforts from A to B and back, day-in day-out, a perpetual bi-directional flow that barely knows flood and ebb.

Not much to see on that stretch of course, but watching out for other traffic and spacing myself evenly from all threats kept me occupied and focused. A tad under two hours after departure, I reached my destination and decided to rely entirely on Google to negotiate Philly’s morning traffic. Heather* did a good job, steering me to the right over the Betsy Ross Bridge across the Delaware, and onto a northern downtown approach. 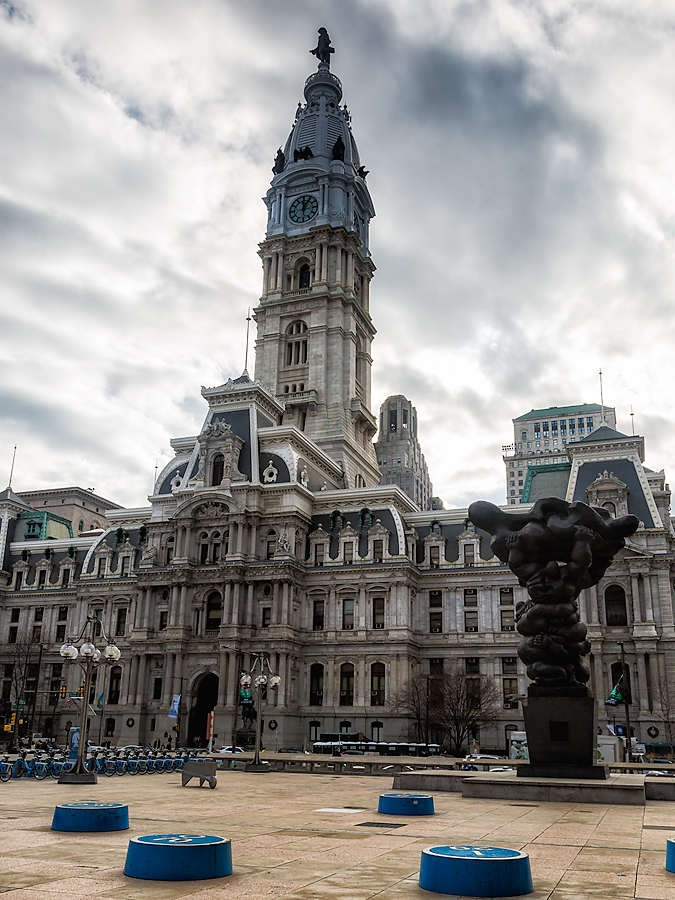 I had never visited Philadelphia. There is actually a big gap in my East Coast knowledge as I had never been until that day anywhere north of Fort Lauderdale and south of the infamous Jersey beaches – with the exception of a mad dash, decades ago, from Montreal to somewhere in North Carolina in a rental car to rescue a friend who had become stranded out of gas and money on the side of the road, while driving his family up from Central America in a second-hand Bell van that carried everything they owned. I had driven some twenty-four hours pretty much non-stop, back and forth, and never found them. Yes, that was before cell phones.

Parking not far from the city center in Philly, I shouldered my camera backpack and eagerly slipped into a temporary tourist skin, chameleon on the hunt for a scene, isolated among thousands of peers by the sheer volume of my camera setup but letting curiosity steer me the way it does all wanderers, right and left, and back, slowly, tentatively.

The city had attracted me not only with its novelty value, but because it had seemed more deeply rooted in history, and belonging to the Commonwealth of Pennsylvania had an interesting ring to it. I found old stones, cinematic statues, plaques and monuments cohabiting with modern architecture throughout the downtown core. Somewhere nearby, both the Declaration of Independence and the Constitution had been drafted. There was much history around me. And by that I refer to “modern history” since the New World was crafted and chiseled at warp speed in the last six centuries only. Before that, natives had lived in harmony with nature for ages without evolving much, because there was no need to. When the bigger predator arrived, their time was over.

That’s not to say that the predator had an easy time building itself a new home. Opportunists, megalomaniacs, murderers, idealists, some great leaders and the masses that hypnotically migrate along with those, like a school of pilot fish their shark—not piloting at all—they all fought and worked hard to build something new. That day in Philly, I was given a chance to drive my eco-friendlier car, whip my top-of-the-line digital camera around, and order a tall, skim milk, double-shot, medium roast, latte-to-go with a straight face, bitching inwardly about how slow the service was—because many had fought so hard for a better life.

After walking around City Hall for a while and finding a blue Opinel for Marie in a funky shop—sure I could probably have found it in New York too, but it is well know that a tourist’s compulsive buying instincts are boosted by the foreign factor—I fetched the car and drove slowly to the Delaware waterfront, parking again to go investigate an ice skating rink and look at the river. 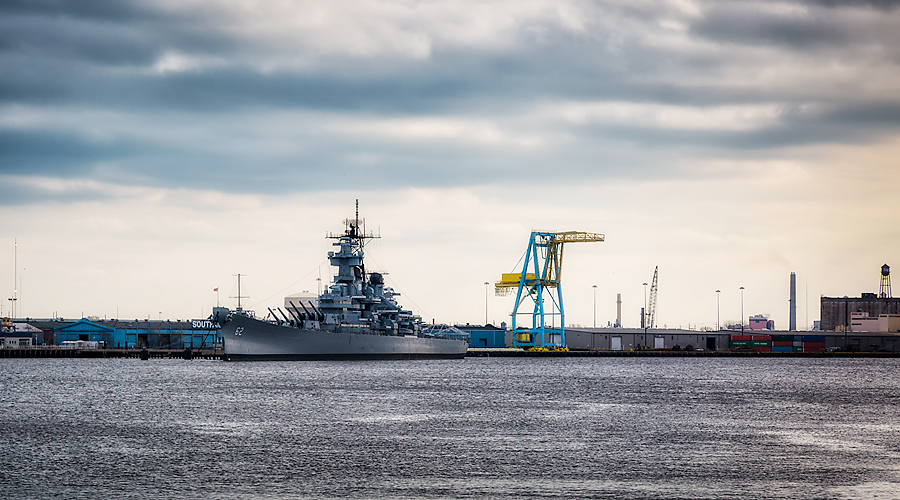 Staring at water has been a deeply rooted habit of mine for as long as I can remember. I think the scale, relative lack of detail and yet utterly complex nature of large water bodies yields a circular though pattern, where the mind escapes, drifting away along currents and wave sets, traveling far, at random, but eventually seeming to come back and then introspection sets in.

Whether lost in thoughts on my back porch in Little Cayman, facing an endless ocean and blazing sunset, or leaning on a sailing ship’s upper deck railing under a perfect moonlight, somewhere in the middle of the Atlantic Ocean, or watching freighters crawl in to the docks of Trois-Rivières, the St. Lawrence River flowing steadily around them to the sea, or scanning a glassy horizon where water and sky melted into one another for the infamous appearance of modern-day pirates in the Strait of Timor, or stalking the elusive tucuxi dolphins off a beach in Talamanca, Costa Rica, howler monkeys unleashing their cacophony in the thick jungle behind me, or standing at the southernmost tip of Africa with Marie, imagining the mighty clash of the Benguela and Agulhas currents, or even sitting on cold sand at night on a Côte d’Azur beach back in the seventies, watching adults playfully run naked to the dark water and wondering why the ocean I loved had to be so blasphemed, I have always cherished the moments of insight and peace, and the many questions that followed.

So leaving Philly behind, I hit the road and in a spur of the moment, angled east rather than north. The ocean, the true ocean was calling, and along with it, my curiosity lobbied for an out-of-character visit. I steered towards Atlantic City. I knew I would likely regret it, but like a kid not really believing that the jalapeño will burn, I was willing to stick my tongue out and taste. There really is not nothing appealing to me in that city, other than a “been there, done that” check on the worldwide list. In other words, my answer to the righteous question “Why on Earth did you go to Atlantic City?” would be akin to Mallory’s when asked about his reasons for climbing Everest: because it’s there. Picture, if you can, a cross between Miami Beach, Biloxi, MS and Coney Island; you’ve got Atlantic City pegged.

Home to enormous casinos and the strange crowd that inhabits them either perpetually or occasionally, the coastal city harbors a rich fauna of picturesque lifeforms. My target was the waterfront, of course, so I parked and walked along the colorful boardwalk, taking in the extravagant people, motley stack of shops, ocean views and the awkwardness of it all.

A sign educated passers-by to a local wild kitty protection program and I mellowed for a while, letting the sun warm my back and listening to the ocean’s soft purr. 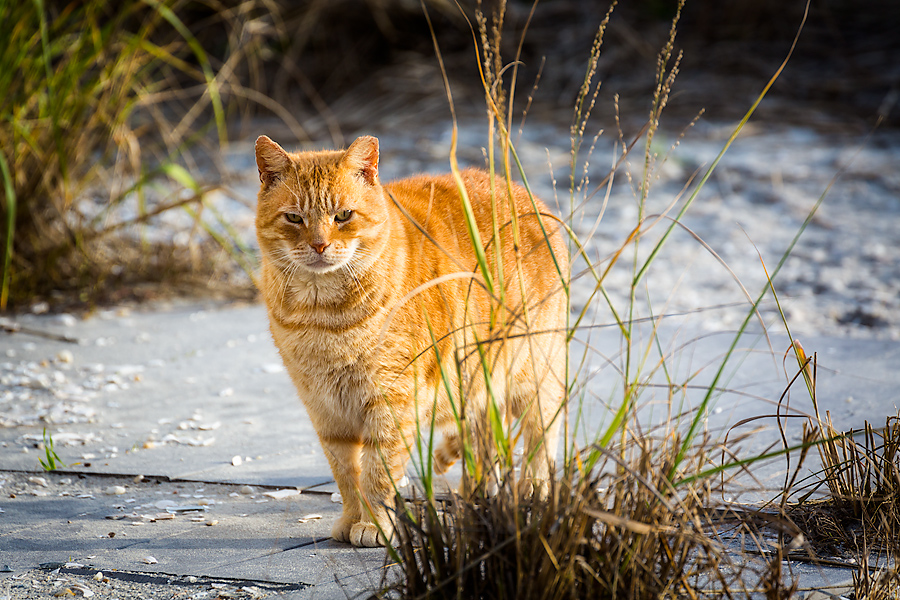 And then it was all over. Long drive north in a winter evening’s failing light, negotiating a dark highway where head and tail lights provided the only reference points, drivers getting nervous and aggressive as the day faded and time escaped, through Jersey, across Staten Island, the mighty bridge, and I was back in Brooklyn running home to an adored writer. My highway toll bill, facilitated by Zipcar’s E-ZPass dashboard chip which meant I never had to stop, would be in excess of $50 USD.

I had gone through all this and come back with a longing for solitude and beauty, for faraway beaches and the chirping of a mountain stream in the crisp air of high altitude. But as I reinserted myself into the borough, raising my shields against noise and frenzy, clenching my jaws not to start screaming at others as they did one another, I was reminded once again that the Rolling Stones were right. Somehow, I had needed this, and now I got it.

The question is, what will I do with it, and how well will I do it?

*That is the name we have given the voice on Google Navigation.