In February of 2008, on my first visit to South Africa, Marie and I took off from Cape Town for a short road trip along the Garden Route and into the Little Karoo. Our wedding had been unconventional and delightfully private, under the watchful eye of Table Mountain. We were already on a larger journey so the expedition to Knysna and into the Karoo was a honeymoon inside of a honeymoon. We were like astronauts, off-planet for sure but doing a short EVA to take in the views.

So last December while in Cape Town for a great celebration under a white tent, we set out to Knysna once again using my paraglider’s call as an excuse. Wilderness where I had flown once before is a mere 30 minutes away from Knysna and would allow me, Aeolus willing, to stretch my wings. 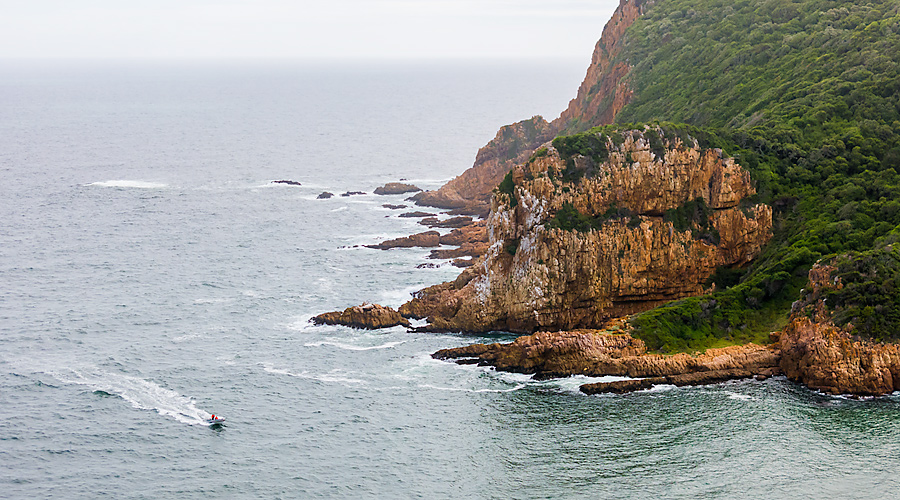 Knysna is located some 500 kilometers east of Cape Town, in a coastal section that was named “Garden Route” because of its lush and ecologically diverse vegetation. Interestingly, the Garden Route’s oceanic climate is rated second mildest in the world, behind Hawaii. An hour further east is the Tsitsikamma National Park where we had camped on our way back from Lesotho.

This trip was different though. We still drove the valiant Landcruiser that has taken us without flinching to Namibia’s Namib Desert and South Africa’s share of the Kalahari Desert, and through the Mountain Kingdom of Lesotho – and also with just a small hiccup to the Kruger Park – but this time we had a guest of honor. Marie’s lovely mother Maureen, having spent many summers in Knysna, came along for a long overdue pilgrimage.

The six hour drive through rolling fields was like a long tour among a series of impressionist paintings. We kept our eyes peeled for white storks, which we knew would have left their faraway northern chimneys for the winter.

We ritualistically stayed at the Knysna Belle B&B on Leisure isle, with the lagoon a stone throw away. And I did something funny. So that my fellow travelers wouldn’t have to tend to my mad flying dashes, I rented a car. That way, I would chase the wind and they could relax. 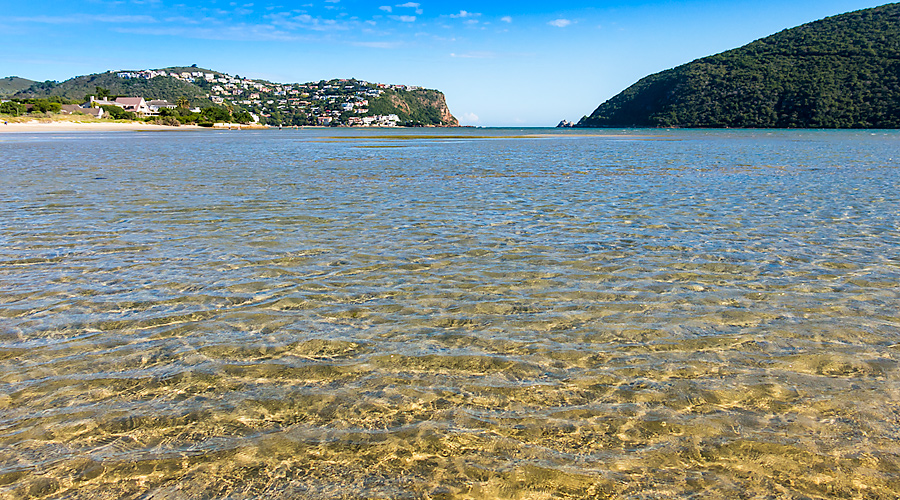 The wind turned out to be lousy. Sedgefield was no good and the Map of Africa above Wilderness barely opened up for a few hours. The Western Cape is prone to very distinct wind patterns in the summer (yes, that is our winter) that don’t necessarily favor soaring. I ended up getting airborne twice, no soaring involved, and catching a sled ride down to the beach. It’s more than I had done in a long time and I wouldn’t dare complain. Then the strong southeasterlies picked up again, we could see a line of white caps on the ocean approaching from miles away. And just like that, the window closed. Flying was over.

Before leaving, Marie and I paid the Heads a visit. A very narrow channel guards the entrance of the Knysna Lagoon. Rocky and traitorous, it has claimed many a ship’s life.

Knysna doesn’t offer much in terms of restaurants. We ended up eating at a nearby hotel twice for convenience, but did pay the Firefly a visit. A very strange place to say the least, atypical of a touristic seaside town. Intense red walls and dim lighting make for a unique atmosphere and seemed to perfectly match the homemade curries, boboties and mostly eastern-inspired foods.

We also had oysters for lunch by the lagoon, and I bravely tasted my first South African “Dom Pedro”, vanilla ice cream and whiskey. Not half bad, really.

And then we were back in Constantia. The Corg rejoiced. I re-folded my canopy neatly and packed it up well for the trip back to the US. It has been sleeping in the Southern Hemisphere without me for too long, and I hope to change that.

What does one do when back from the road in South Africa? One braais, of course. Yes, it could be argued that it’s exactly what one does when on the road too.