Short Quest for the Snowy Owl

A touch jealous about Marie’s colorful reports of the Constantia garden birds, including a juvenile amethyst sunbird, I decided yesterday that South Africa would not monopolize the bird scene.

Over the years, North America has yielded quite a few amazing feathered encounters, from New York’s hummingbirds and horned owls to Vancouver’s congregations of bald eagles. How could I top these?

Easy. Find a snowy owl. Neither Marie nor I had ever been lucky enough to see one. The problem is, one does not exactly pull an owl out of a hat. 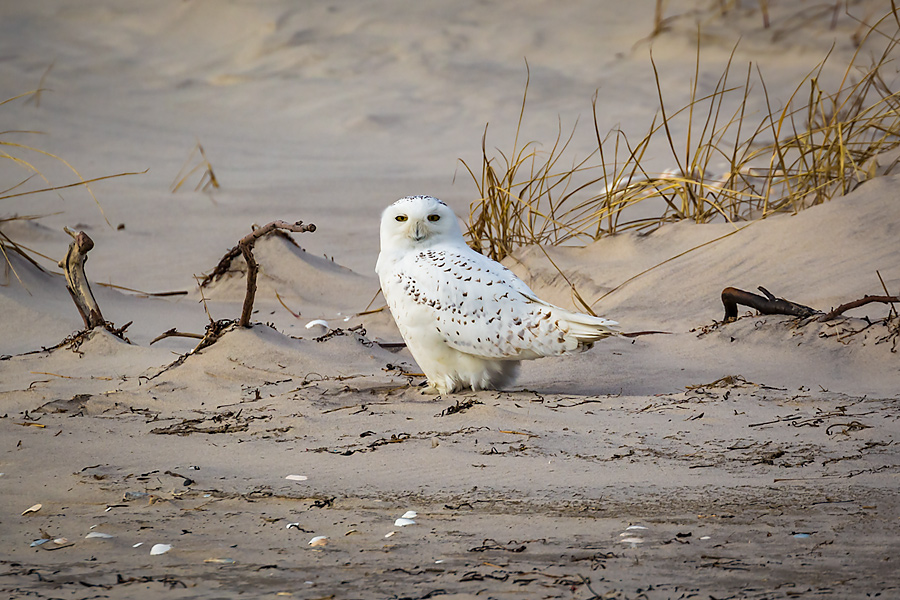 So I went online and reviewed recent sightings. The birder community is obsessed enough with its hobby that it keeps accurate records for all to consult. There were more reports of snowy owls being spotted over the last week than I had expected. I sifted through nationwide locations and three sites ended up being within reach: one deep down along the Jersey beaches, and two on Long Island, to the northeast.

I opted for the closest Long Island spot and drove out with my camera bag and warm clothes. My objective was the Smith Point County Park, on a fringe island along Long Island’s southern coast that used to be part of Fire Island, but claimed its independence during hurricane Sandy when a breach cut it off from the main stretch.

Traffic was not bad but people drove like maniacs, even more than usual, as though the holidays had been fueling lunacy and irresponsibility. A bit under two hours later, I crossed a short bridge and hopped from the big island onto a very small one. A pale winter sun was playing hide and seek through high clouds, and even in the early afternoon, shadows were long and tired.

Parking in an immense empty lot the size of multiple sports fields, I was greeted at the open gate by a crew of deer attendants, completely unfazed by the cars and actually seeming attracted. Someone must be feeding them. I hope at least their ticks were frozen solid. 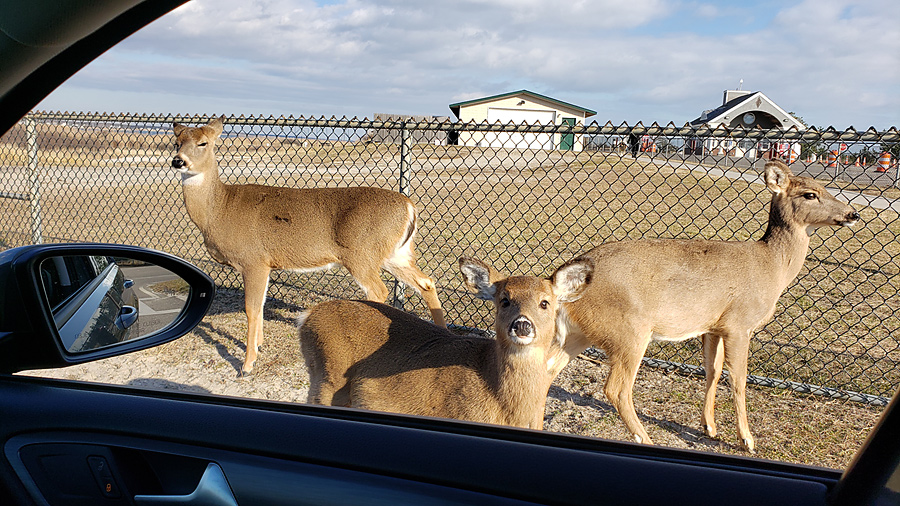 Venturing into the dunes on a wooden boardwalk, I steered away from the road and towards the sandy tip of the island. Soon the path ended and I had to walk on the beach, staying close to the vegetation’s edge, scanning the tall grass and low trees for a wishful speck of white.

Some three kilometers down the beach, approaching the opening through which Sandy’s storm surge breached over the island, having almost given up and yet feeling quite happy about the walk, I suddenly stopped. Squinted.

Yes, there was my speck. I had driven two hours and walked for another based on sighting reports a few days old and which had only pointed to a broad area a few square miles wide, and yet I had come straight to this point, improvising, and I had just found my owl. 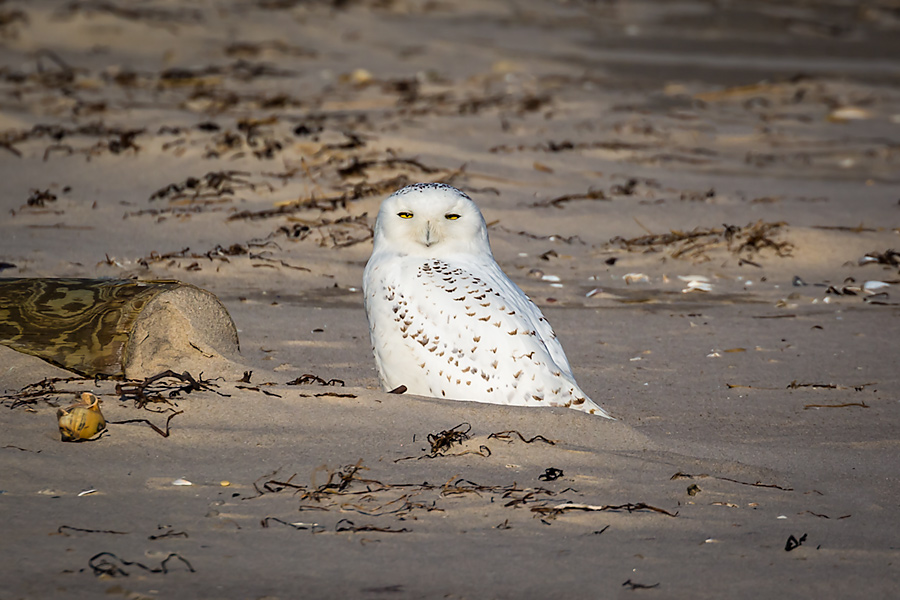 This has got to be the coolest bird I have ever seen. Snow-white, fluffy, proudly wearing a little moustache, it looked both commanding and vulnerable. The cute bird of prey changed spots a few times, and I slowly caught up with it, trying hard to be perceived as an admirer but not quite a groupie.

The golden hour happens early in winter and the light shone warmly—if intermittently—despite temperatures only a bit above freezing. 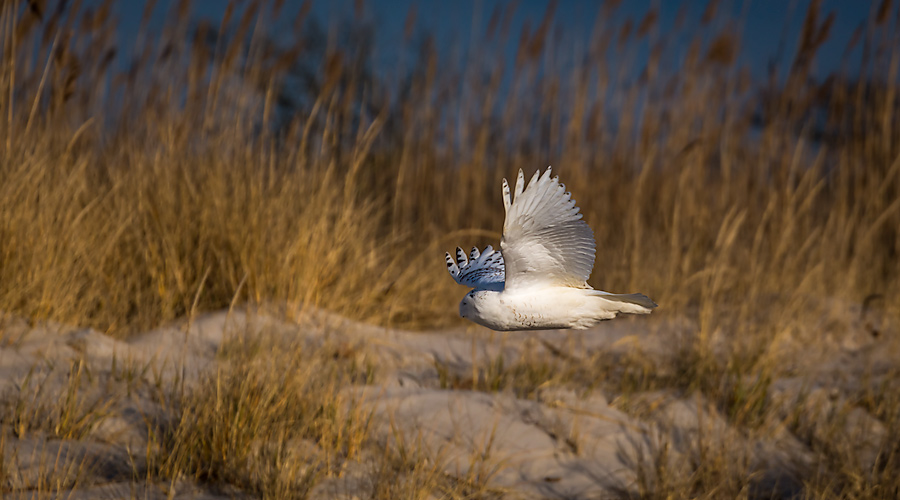 Eventually, I bid farewell and headed back up the beach, smiling broadly. Lucky day.