South Africa From The Air

Glimpses of poverty and a harsh, beautiful land seen from the coziness of an Airbus in cruise
Airborne, Schtroumpfissime, South Africa

The images below are set in a pre-pandemic world, or rather, in hindsight, an early pandemic stage since the giant was already slowly but surely awakening and taking its first baby steps, soon to become devastating leaps. I had met Marie for a week in Cape Town, a last-minute trip decided after my May business travel plans had been canceled and future escapes seemed doomed.

Marie had arrived early and was staying behind a while longer, and when I got back to the States and recommended that she bought hand sanitizer to bring back home—a treasure which had already disappeared off U.S. shelves—while she could find it in a country that was for the moment ignoring the virus craze, she had a hard time grasping the urgency and ended up leaving the gel supply behind in exchange for (exceptionally delicious as always) South African wine. Little did we know that gel would soon be sold exclusively by thieves at the price of gold. 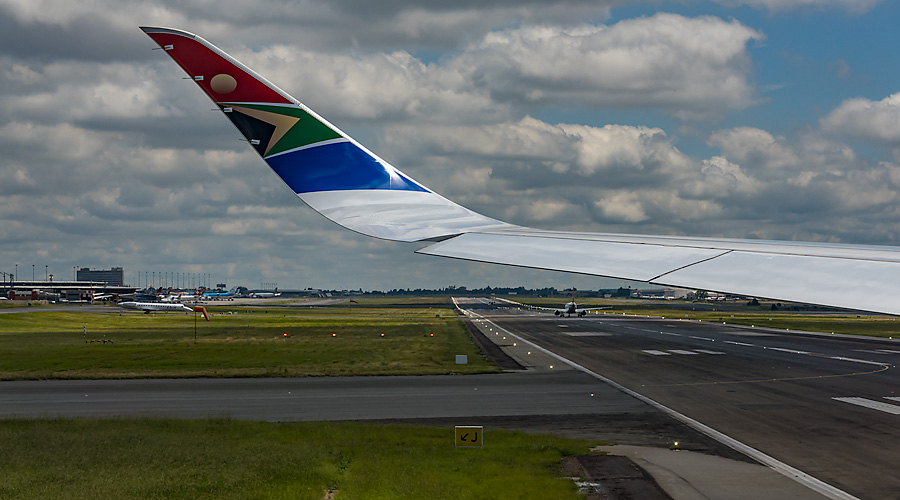 But back to our elevated view. Despite a very precarious financial situation dating from well before the pandemic first reared its ugly head, South African Airways has begun replacing some of its aging A340 fleet with much newer leased A350’s. The A350 is Airbus’ response to Boeing’s B787 Dreamliner, a return to the twin-engine configuration supported by new composite materials and exceptional fuel consumption.

Luckily for me, the new SAA planes have been assigned to the Johannesburg-New York route so I was given the opportunity to check the last box on my aircraft wish list. Comfortable, quiet, better pressurized and featuring state-of-the-art entertainment, the A350 does not disappoint and is a very good match for the 787.

On my two-hour domestic leg down to Cape Town, I was able to score a row of three seats and spent the flight glued to the window like a kid watching a parade. 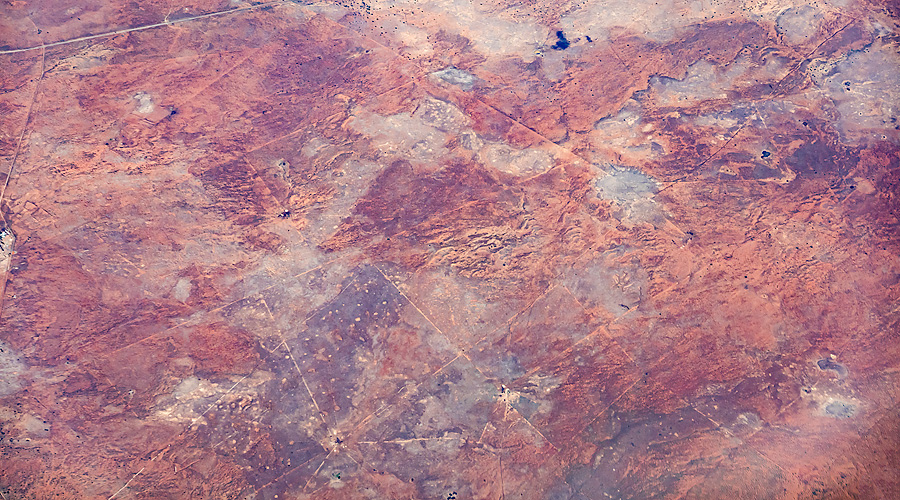 The world below blew past in a mesmerizing kaleidoscope of human endeavor mixed with overwhelming natural harshness. Between the shantytowns of the Johannesburg suburbs and those of Khayelitsha in Cape Town, agricultural land eventually gave way to the Karoo’s unflinching dryness and tones of rural green were replaced by mineral shades of ocre and red.

Convective clouds were towering powerfully to the south but the flight was decently smooth. 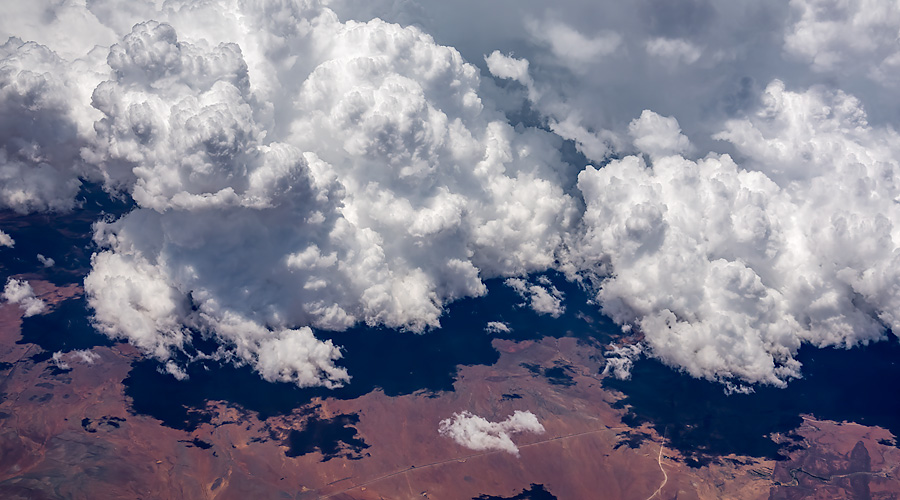 Heavy convective activity in the Karoo

These images, mind you, are plagued by the blur of jet exhaust and the murkiness of aircraft windows, so a touch of tolerance is needed to appreciate them as always. That being said, I think our planet seen from far above is intricately chiseled and beautifully carved. Whether the landscape reflects humankind’s relentless and overconfident assault, or nature’s longer-lasting resolve to nullify the progress of human abuse and restore order, once airborne I am held as captive an audience as there could ever be.

Today, immersed in the present, my thoughts go out to every single person struggling through the crisis, and that is most of us. Yet some have it easier than others. The South African population is dominated by utmost poverty, systematically exacerbating any problem at hand. The South African government can be commanded for acting early—only few cases are reported at this time—and enacting lockdown measures that are far more draconian than ours: they have closed national and provincial borders, prohibited the walking of dogs, exercising, jogging and cycling, and even shut down alcohol sales. But make no mistake about it, if the curve does not flatten fast enough this is going to be much tougher than we can even imagine for those living in townships.

In those parts, social distancing is but a concept, and gel, masks, soap, wipes and hope are mostly, I would assume, fantasies. The consecrated six foot distance we stagger ourselves by in the First World represents in the Third the living space many have to share year-round. I cannot imagine people who queue up daily for drinking water understanding the need for social distancing, plagued as they are already by tuberculosis, malnutrition and a myriad of other calamities my mind refuses to focus on right now. 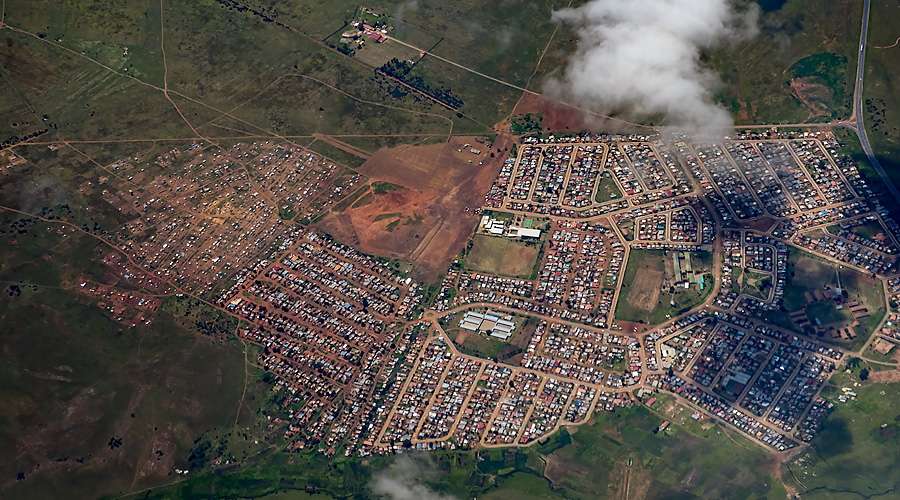 The slices of poverty, hardship increasing here from right to left

So I have included quite a few shots of the townships from the air, even when blurry, for the pondering they yield if nothing else.

As for the Earth, the skies and my planes, they are eternally marvelous.

Stay safe everyone, and as it was said by someone infinitely wiser than I am:

“I wish it need not have happened in my time,” said Frodo. “So do I,” said Gandalf, “and so do all who live to see such times. But that is not for them to decide. All we have to decide is what to do with the time that is given us.”

J.R.R Tolkien – The Lord of the Rings