Fauna, Hydrosphere, On the road

These were not your typical birdwatcher’s delight. I did spot a couple of kingfisher and a night heron, but truly, it was the swans and the cormorants that shone by their 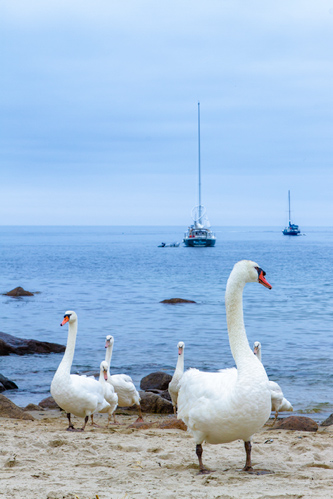 Swans, in my mind, are fresh water birds. But the fact is they live in salt water too and here, they managed to distill into Rockport’s maritime mood a touch of Swiss mountain lake.

But of all unlikely sea birds, is it the cormorants that steal the limelight of this post. The dark and rather boring looking birds are normally seen alone, flying low in the ground effect of the sea’s surface. Not this time. They were hanging out inside the harbor, swimming in compact flocks, moving in perfect sync, waiting for a feast.

A local fisherman headed to his boat told me one morning that this had been going on for two weeks and the cormorants were herding schools of a specie of baitfish called menhaden into the confinement of the harbor to easily catch them. 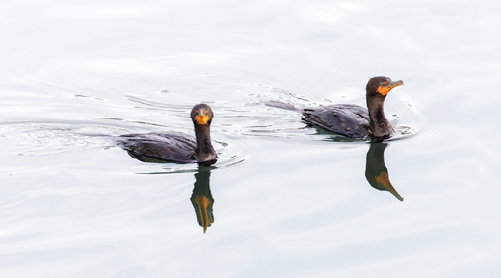 When the birds had a school pinned, almost all dives were a kill. It was a carnage. The cormorants would dive down a few feet and come up with a fish, swallow it and dive again. I wonder how many had indigestion. 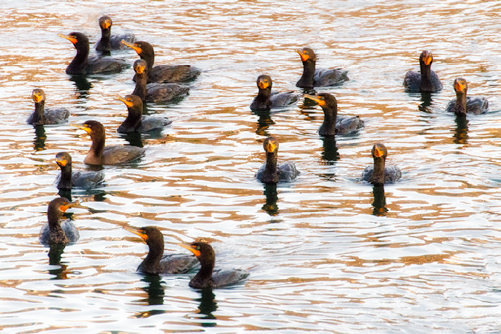 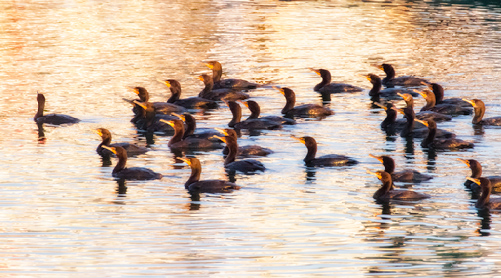