We spotted this impressively colored specimen of puff adder, called pofadder in Afrikaans, during a drive through Cape Point last December. Indiana Jones’ heart would have skipped a bit. Marie stepped on the breaks and I ran out with the camera. 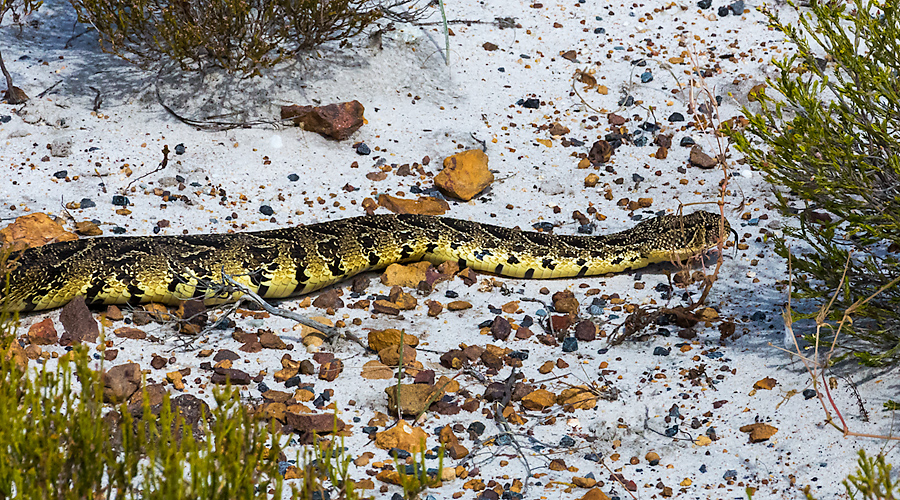 One of the most common venomous snakes in Africa, the puff adder is typically dully colored, except for this rare bright yellow and black variation of males in the Western Cape. At the thickest, its belly would fit my wrist. The puff adder’s cytotoxic venom is responsible for more fatalities than any other African snake, making it one of the most dangerous of vipers.

But truth be told, the pofadder is said to be rather slow and sluggish, and to get bitten one has to surprise or step on the poor animal. Regardless, we made a point to be noisy around our De Mond cottage where we had been warned they were common, and I do watch my path carefully on trail runs and was rather nervous running through the Mpumalanga wilderness despite the late hour.