The Tourism Challenge kicked in Friday and since then, Vancouver has been blessed with gorgeous weather.

Yesterday after work, we hopped on the SeaBus and headed up for Grouse Mountain. The late afternoon sun was warm, the light bright and the sky, perfectly clear.

After an almost vertical 900 meter climb, the Blue Skyride cable-car dropped us off at the alpine station, 1128m, and we were granted a magnificent view of the Lower Mainland and surrounding islands. A sweeping look from left to right revealed Mount Baker in the State of Washington, the Orcas Island and other San Juan Islands, the Gulf Islands and finally the Vancouver Island, blocking by itself 90 degrees of the horizon. And far in the distance due south stood the snow capped Olympic Mountain Range, west of Seattle.

We walked in the snow, fooling around with the huge carved wooden sculptures and getting our feet wet, then watched sunset over a hot coffee and marveled at the thought that we had been wearing t-shirts downtown only a couple of hours ago and were now in the snow zone nearing subzero temperatures.

And the most amazing view was the final one of the city by night as seen from the descending cable-car. Darkness and motion prevented any pictures but the scenery was simply breathtaking. One stamp but hard to beat. 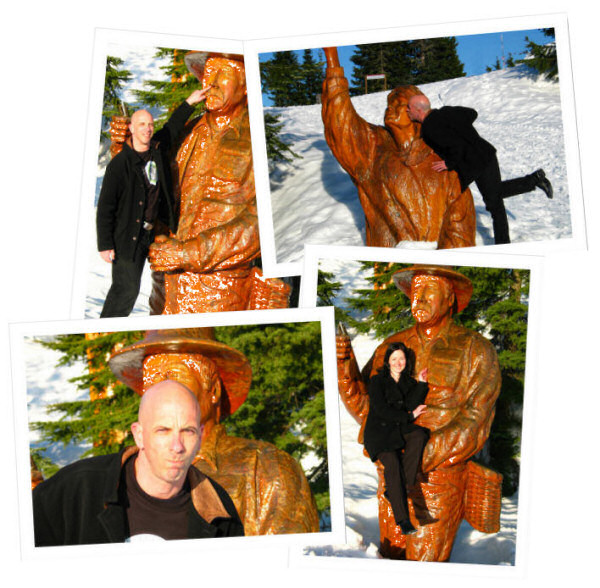 [Silvia expertly captures me making a fool of myself, as usual] 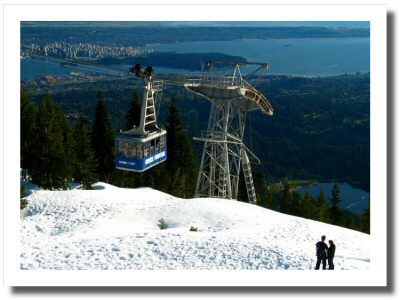 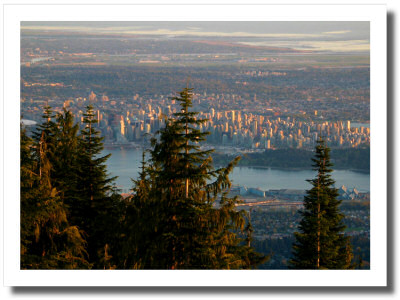 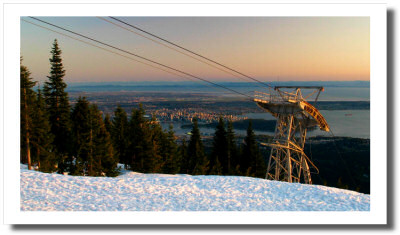 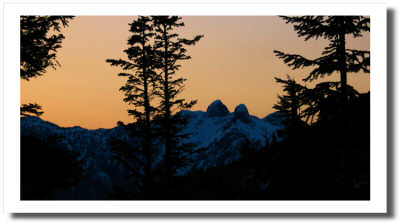 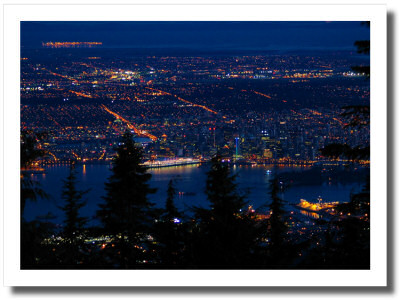