In northern Manhattan, next to the Fort Tryon Park and right below Inwood, sit the Cloisters.

Make no mistake about it, despite the medieval looks and religious silence within, this is not a historical building whatsoever. Built in the 30’s, The Cloisters is a branch of the Metropolitan Museum of Art, and thus, a business. Cleverly, a donation is requested at the door, as if this was a poor man’s refuge. The amount suggested for two people was a whopping $50 USD. We declined and left half.

Most of the art in there is arguably beyond the scope of my appreciation, focusing on 12th to 15th century pieces. Heck, I wasn’t even born then! But as photographer Vincent Versace was appropriately reminding me today in a book of his:

Art, and being called an artist, are social terms. You do not create art by deciding that this is what you are going to do today, and you do not become an artist by proclaiming yourself one. In my eyes, nothing I do is art. For me, it is expression. It becomes art when other people call it so.

And the problem is that other people call it so for emotional and cultural reasons, not to mention social acceptance and snobbishness. This is a complicated field I do not pretend to understand. Art often eludes me and I don’t assume I can do any better. But that won’t stop me from expressing myself. 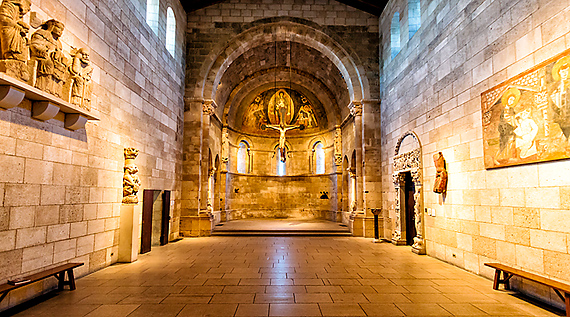 We had been denied entrance a few years ago because I had a sacrilegious tripod with me, and this time around, tripod-less, I received a special pass to carry in my photo bag, on one shoulder Vassili, one shoulder only, and after careful inspection. What did they fear, that I was going to steal one of the walls brick by brick? Modern paranoia and control-mania are reaching a paroxysm that really pushes my buttons. So I ignored most of the content, photographed the container, enjoyed the light and shadows, and we were in and out in thirty minutes flat.

I won’t go back. The park around the fake old building is pretty enough and was gorgeous in the snow. See for yourself if you haven’t yet. 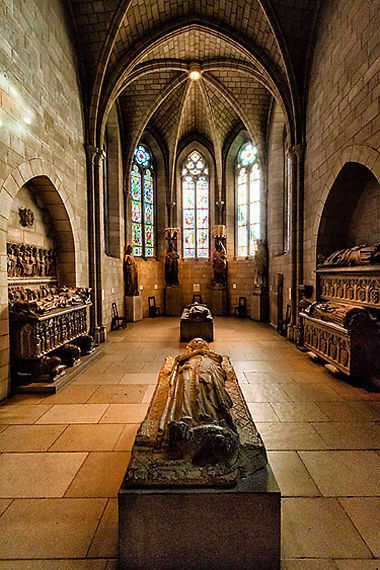 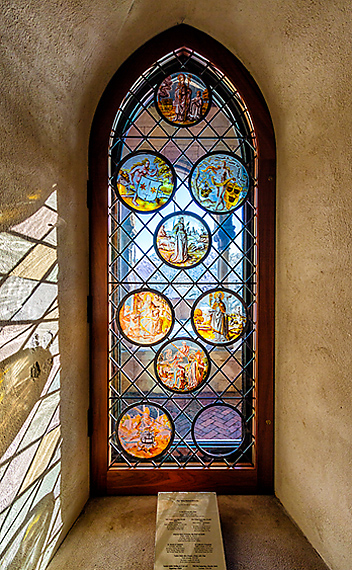 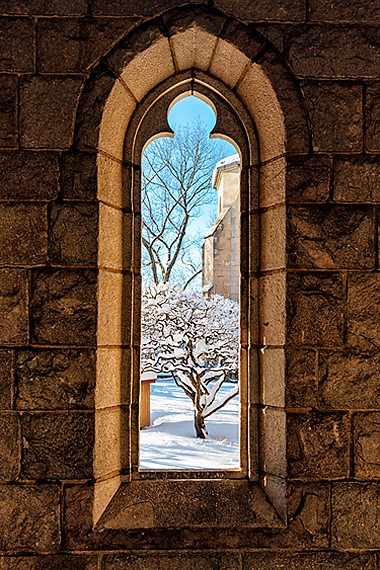 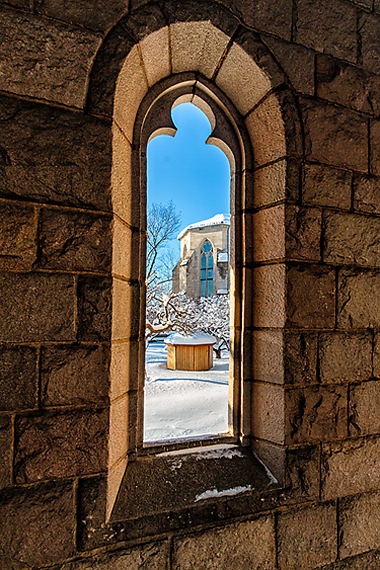