The Eagles Are Coming!

Out on Staten Island recently, we spotted a pair of juvenile bald eagles, not quite bold yet and their heads still dark, later joined by a parent.

Mt Loretto, as often said here, is special. It is probably the only park in the five boroughs that is not packed on a summer weekend. Almost alone, we had our picnic on a favorite bench facing the ocean and watched large ships cruising by a stone’s throw away. Happy birds were everywhere, a groundhog scuttled as if we had been Balrogs. In its nth iteration, that outing remains a perfect escape. 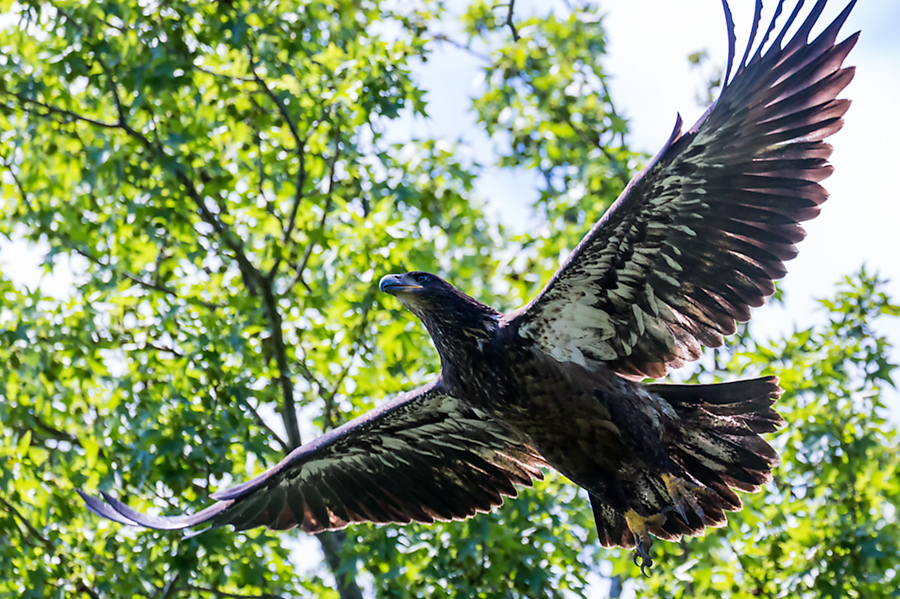 May the wind under your wings bear you where the sun sails and the moon walks.

Gandalf to the eagles – J.R.R. Tolkien