When post-processing becomes a photographic endeavor of its own
Airborne, Bits and pieces, Photography

Once upon a time—so long ago that in those days, fresh out of my diapers, I was learning to dive and to fly airplanes—I would set out with my beloved Minolta X-700 SLR and a few Vivitar Series 1 lenses, Kodachrome or Fujichrome film duly loaded, and go shoot through the Québec countryside.

The X-700 had been my first SLR, in an age of printed catalogs and advertising brochures, booklets and pamphlets. While the internet was already taking baby steps, manufacturers relied mostly on brochures to sell their goods and cameras being the makers of visual wonders, the printed marketing support was dizzyingly magnificent.

I had collected the brochures of a few competing models, of which I remember the Nikon EM/FG, the Canon AE-1 and the Olympus OM-2. Their advertising materials were also bright and colorful, at times as tall as a magazine and thick enough to keep one enthralled for a while. They featured almost obscene close-ups of slick black bodies and thick lenses, and delivered theater-like declamation about state-of-the-art new technology such as programmed exposure and TTL, intent on causing serious reader drooling by the time the last page was turned. In my case they succeeded. I had absorbed the data, compared the features, analyzed my finances and taken the Minolta plunge.

My photo outings with the X-700 to shoot color film or slides were self-contained events. They involved planning, at times scouting, some longing and trepidation, finally a departure, much time on site shooting, and a return home. Nothing remained after that. The film would be sent to a lab and come back as developed slides, or once in a while actual prints. From the moment I had pressed the shutter, it was “in the can”. A done deal. For better or for worse, the pictures were taken and final. A good lab technician might have used a bit of savvy tweaking to rectify a poorly exposed lot, or a major color cast, as lab machines were becoming quite sophisticated and offered guidance, but my input was neither needed nor sought.

I later would sit somewhere with my plastic box of slides, unfold a portable viewer, aim it towards the light and assess my results, admitting mistakes, commanding success when met, and taking notes for next time. Photography was a trial and error game, a long term commitment with a slow and costly learning curve, and patience was even more important than skill. 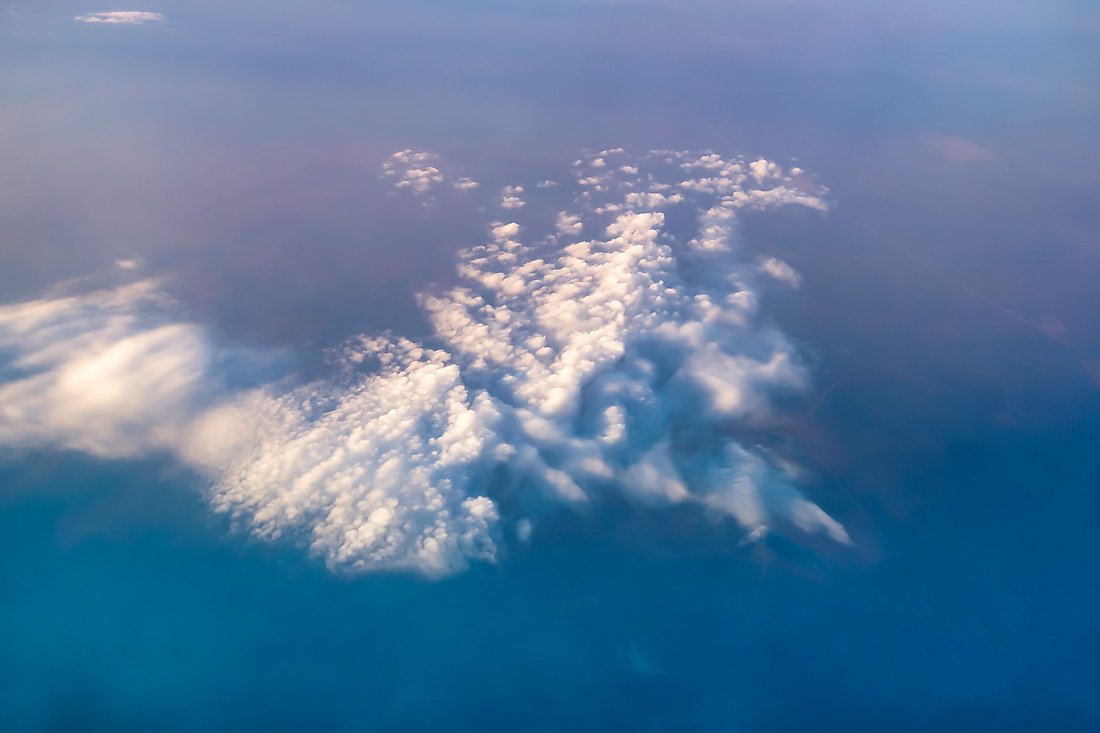 Fast forward almost four decades, past the dawn of our twenty-first century, and everything has changed. Photography as I still adore it, has morphed into an entirely different art, so remote from its predecessor that I almost resent using the same word. Other than a viewfinder, lenses and the good old relationship between ISO, aperture and shutter speed, lines have been cast and we are worlds apart.

As it evolves, photography stays on an exponential spontaneity curve. Notwithstanding the fact that we now always have a phone with us, and are thus equipped 24/7 to snap at reality whenever it catches our fancy—this again would be a new art, instant, volatile and socially driven—when I go out with my DSLR, it is usually a last minute decision. I don’t scout, I don’t plan, I don’t dream in advance. I just go.

The reason for this is simple. While photography used to start and end in the field, today it only begins there. Composition, settings adjustment and shutter press are only the very beginning, the tip of a creative iceberg whose submerged mass now resides on a computer. I might record raw data in the field, but it will not come fully to life until it has gone through my personal computer lab.

Computer post-processing is much more than the development of old film was; it is the realization of a vision, or the invention of one if none existed. It is the final and most important step in modern photography. So much for all the credit taken for having had such an eye, and so much skill, and talent. Well the talent might remain, as I must know when to press the shutter and how to change a battery.

Shooting the world helps me amass content in the form of pixels, raw data representing a scene but untouched and unspoiled, anonymous. Where a masterpiece once had to be conceived and delivered entirely in the field, it often these days is not born until long after I have returned, and sometimes forgotten about the original location or conditions.

I shoot now and create later. 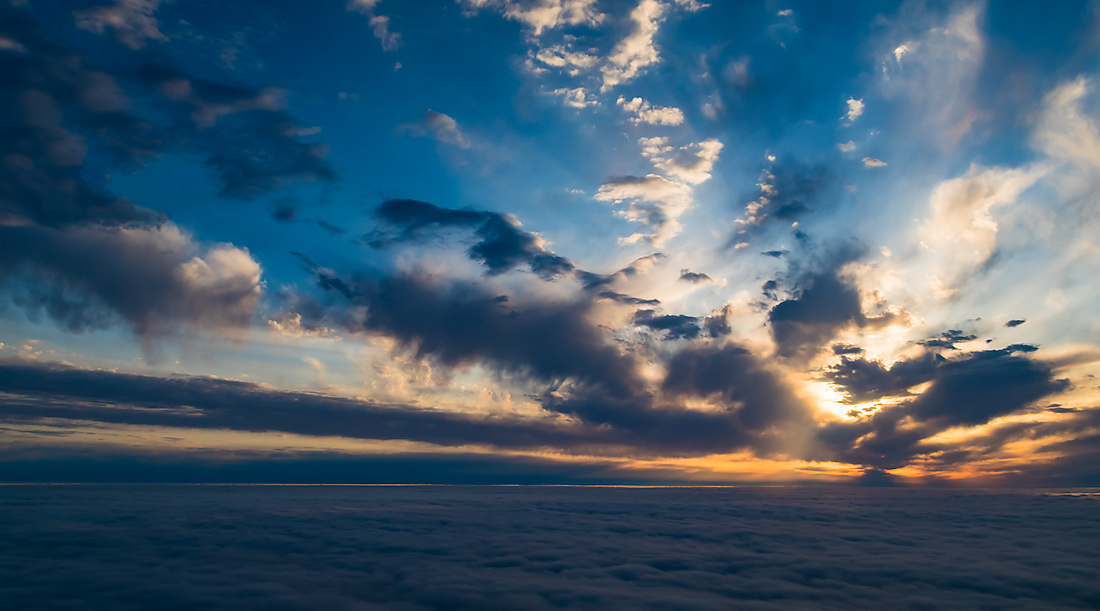 My post-processing lab is Adobe Lightroom (Classic CC version). There are many other programs out there, and I have tried most, but Lightroom remains my all-time favorite. I have childishly customized the top-left plate which now reads “Here There Be Magic”. That is the way I feel when working in Lightroom.

Processing the large RAW files of a full-frame DSLR, the quantity of information I have brought back from the outside world is staggering. The amount of pixels, tonal range and possibilities embedded into a single file are enormous. A RAW file is a canvas waiting to be exploited, except that instead of pure white, nature has given me a basic but nuanced representation of itself.

The once sealed in-camera operations of color balance, ISO, metering, exposure, composition, cropping, leveling and zooming in are now delayed as long as I want them to be, and I can still, within reason, change them months after having taken a picture.

Better yet, I can process an image today according to my vision of the moment, and re-process it next year in a different frame of mind, and come up with a picture so diametrically opposed to the first, it might not be recognizable.

The old classic pillars of field mastery have become feeble. The rule of thirds, exposing to the right, reciprocity failure, as many concepts that remain valid but no longer support the vault of an impeccable shot. They are on their way to becoming curiosities at best while software sliders and mathematics-based masks replace them.

Even if the automatic highlighting of blown out areas was turned off on my DSLR, I probably would no longer look at my LCD histogram out there. Lightroom is now where the histogram lives, and while nothing will ever correct a bad or boring picture, all others offer extraordinary potential and a substantial elasticity and error-resistance. Not a single day of working in Lightroom goes by without a sense of wonder lifting me up.

I call it my Lightroom dopamine.

And this is not a figure of speech. Dopamine, a neurotransmitter, is a hormone released by the brain in response to pleasure or reward. It is also involved in drug and other addictions, for the same reason.

So I guess one could say I am a Lightroom junkie. Enjoy. 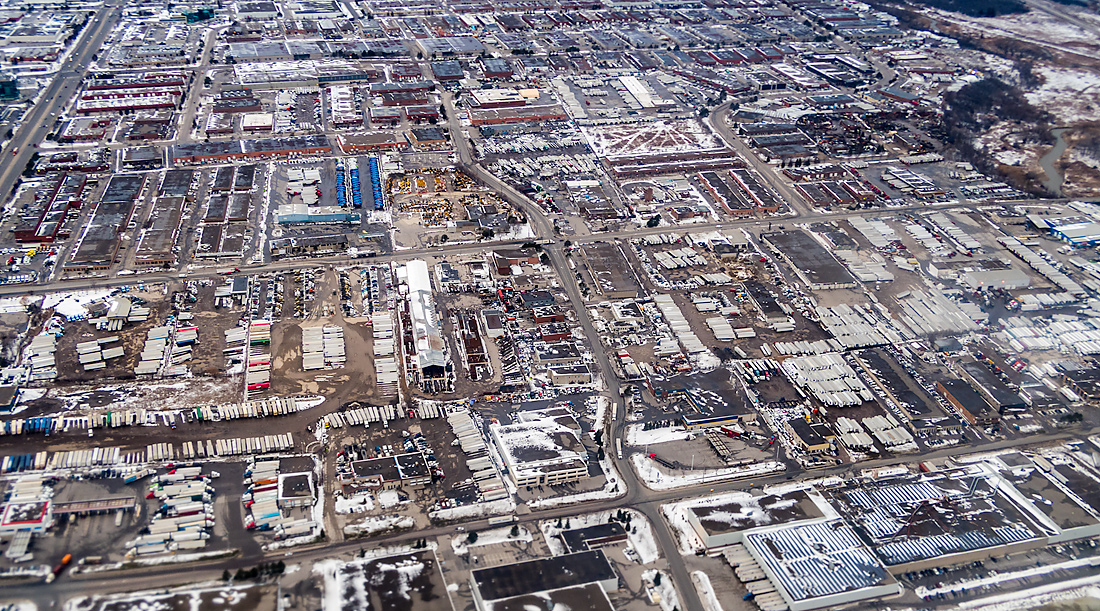 The pictures above are previews of a series of aerial shots I am working on and which, shot in RAW format with a pocket camera, illustrate perfectly the immense power of post-processing in the recovery of very average images shot through multiple layers of plexiglas and jet exhaust blur, on manual focus and initially showing extremely poor contrast, saturation and sharpness.