I’m now entering Battery Park and go past the World Financial Center, along North Cove Marina. Runners had been casually showing up around me since Brooklyn, now they congregate; I have merged into a high traffic, trendy lane and late afternoon on a beautiful weekend is exercise rush hour. The sun is shining low on the Hudson River, a warm afternoon glow that is pleasing and welcomed as I am finally wearing shorts after a long winter.

The Statue of statues waves at the world but it feels personal: “You can get on a cruise with hundreds of others and come see me up close. Special price for you my friend.” She is her own scalper. 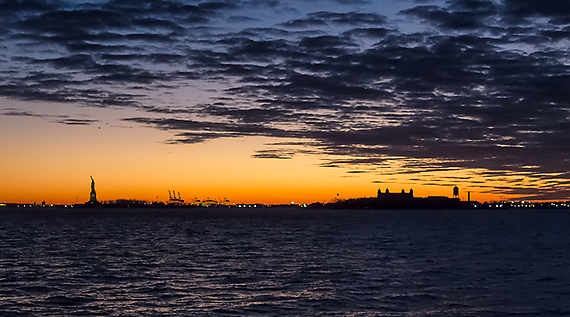 A cheat, this was taken on another run in wintertime

Further down, I ignore the hordes of tourists boarding said cruises, bounce off the Staten Island Ferry terminal, last free public transport in New York, and glance at a little church, squeezed and gasping for air between skyscrapers. I start up the East River, following the FDR highway. Some heavy pumping machinery sits there, probable vestige of hurricane Sandy’s flooding fury.

Helicopters are buzzing around the heliport, most of them hushing more tourists towards the statue on a short aeronautical leash, low altitude, pilots hidden behind aviator sunglasses, one hand on the cyclic, the other in turn holding the collective and hiding a yawn, back and forth, all day.

I smile again remembering a scene where famous comic character Tanguy, played in the French Movie Les chevaliers du ciel by Benoît Maginel, fighter pilot confined to civilian flying jobs, puts his Pilatus into a steep dive as he follows the free-falling skydiver he just dropped, and yawns in boredom… 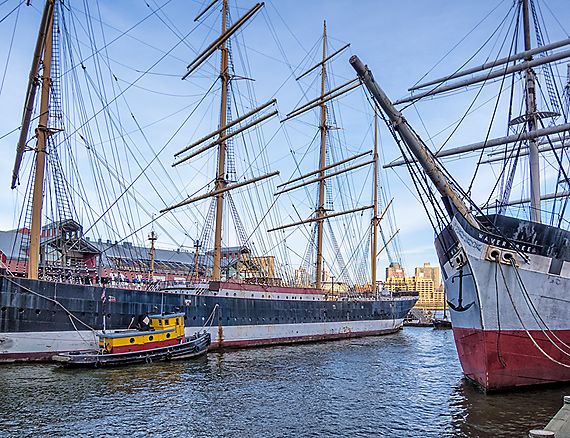 I run in the shadow of the FDR for a while, old ships to my right, Wall Street to my left, tall Manhattan stretching far ahead and calling me softly. Not this time, I would not make it. I have seen better running days.

A sharp left just before the Brooklyn Bridge and I creep up an obscure stairwell, to the bridge’s pedestrian lane. Very often when I head towards the stairs, I pass a few tourists looking for the shortcut. They watch me in disbelief as I disappear into the dark, smelly, disgusting, soiled passage, and finding the courage, they follow my lead since the crazy local dude must know what he is doing. Recently, I saw a couple of frenchies looking down into the darkness as I came up, and he said to her: “Ça doit être les chiottes”. I’ll let you google that. He wasn’t so far off. 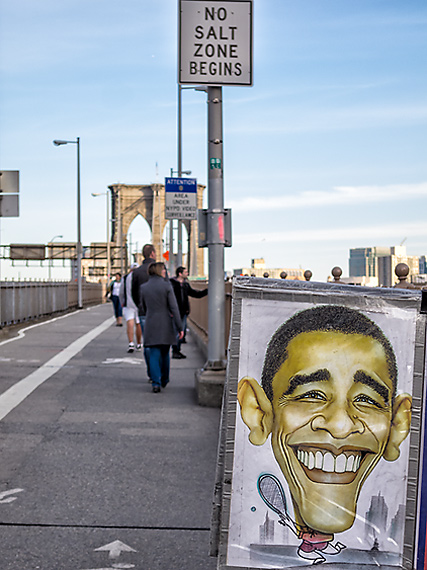 To be taken with a grain of salt, while there is time

The Bridge is true to itself, busy, crowded even. An overwhelming majority of walkers competes for space with rare bicycles. Cyclists whistle and yell furiously at the clueless cameras that stand in their way, flashes firing pointlessly. On the Brooklyn side, at right shoulder height, a massive group of buildings, atop which a sign reads Watchtower. Worldwide headquarters.  144,000 very puzzling examples of irrational faith. But do I know any better?

I leave the bridge on the Brooklyn side through another stairwell, run up the Plaza, work my way to Henry Street, down a few blocks, the trees are white with flowers, and I am done. I clock out and the GPS drops a handful of satellites.

Truth be told, where else could one have seen so much on a single run? 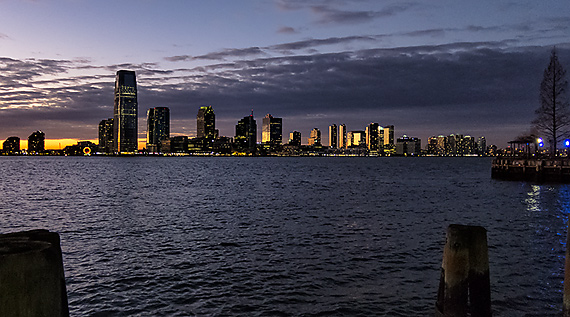 Jersey City across the Hudson (on a different day) 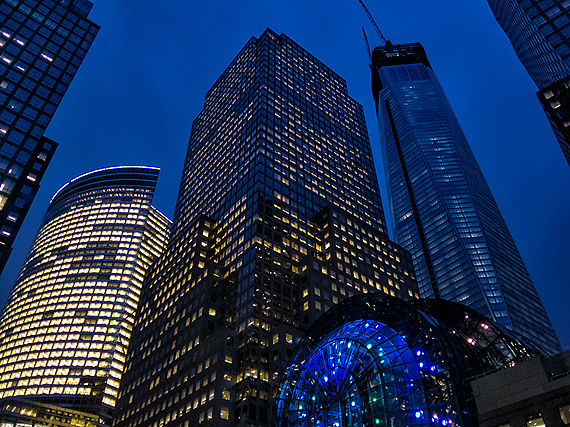 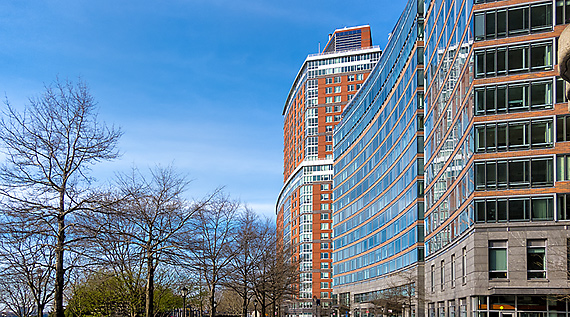 It could be Vancouver 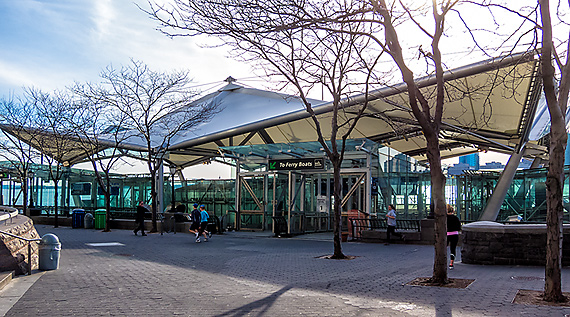 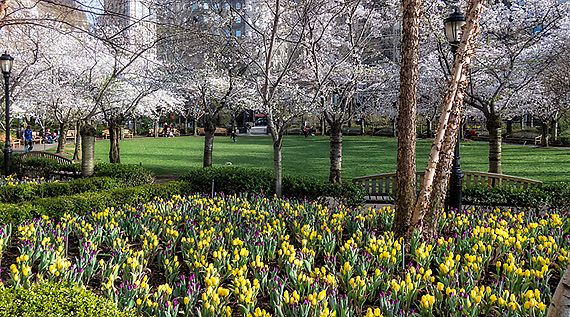 It took me years to find those tulips, out of sight behind a hedge and slightly higher than the waterfront 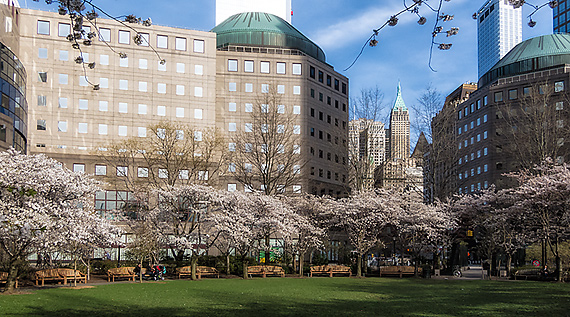 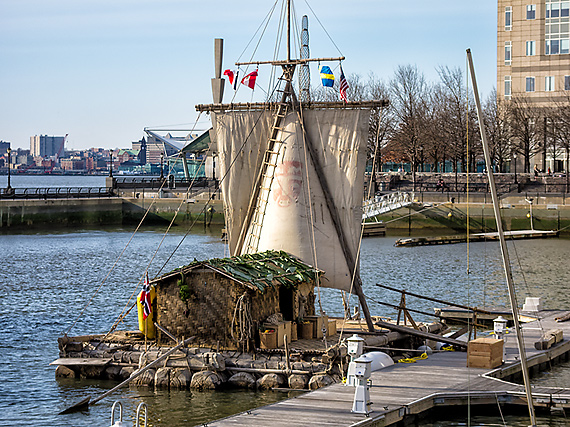 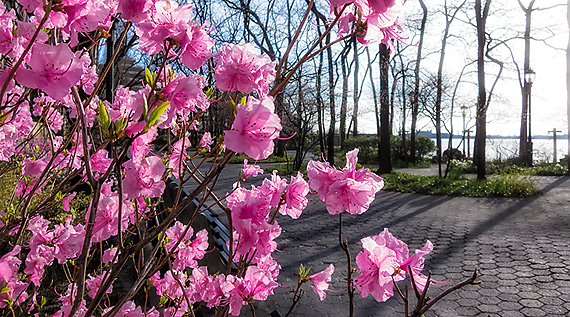 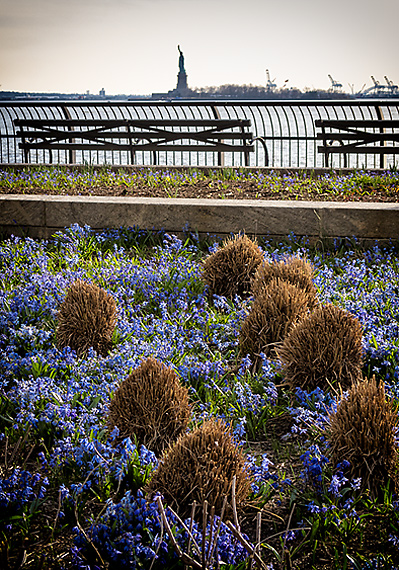 Hmm, funny vision on the horizon of a preacher and her followers… 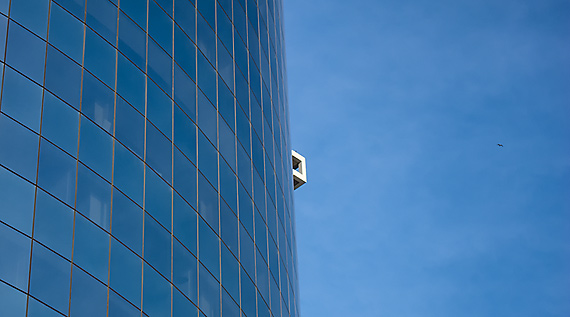 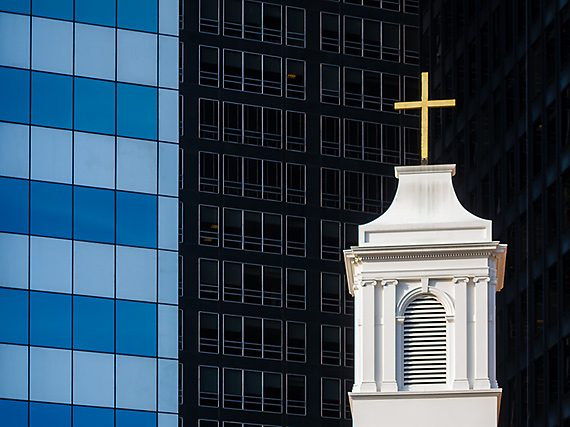 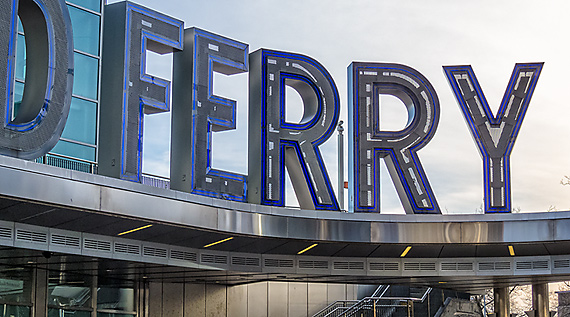 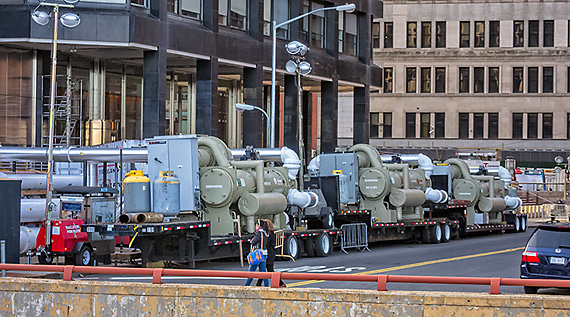 These might have been used to empty the tunnel 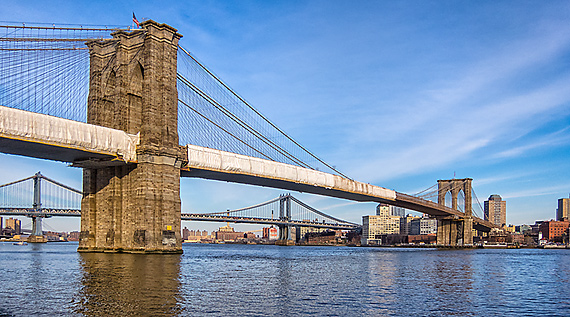 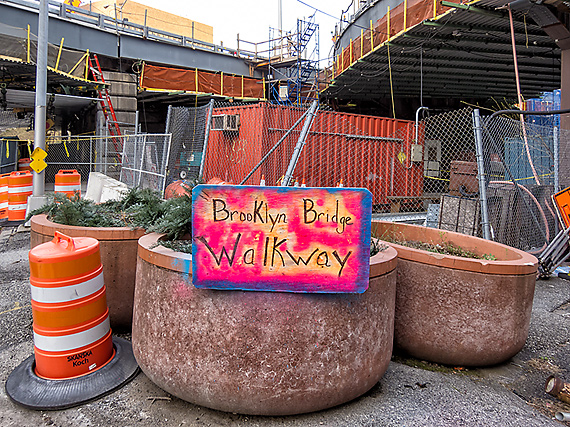 No wonder tourists are hesitant 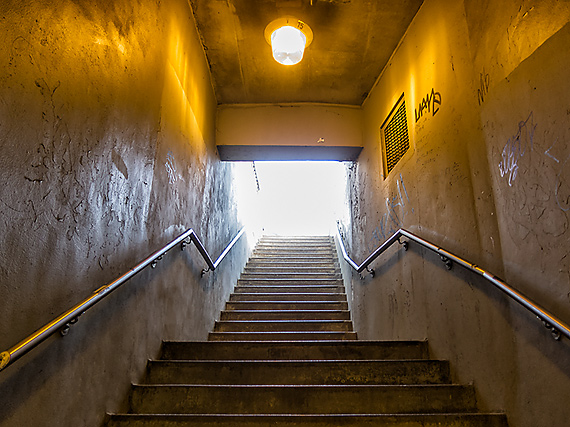 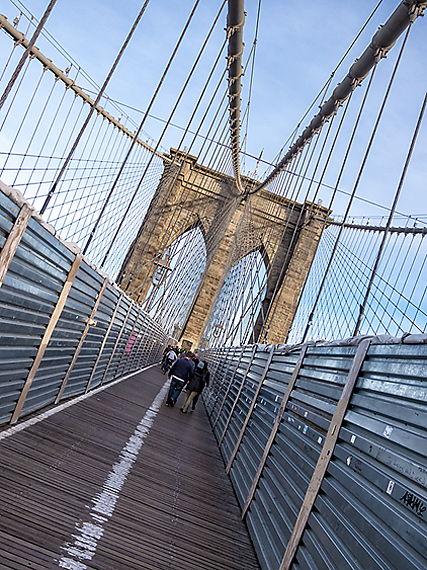 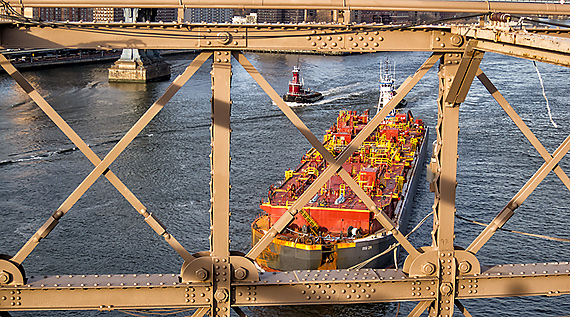 A glance to the left… 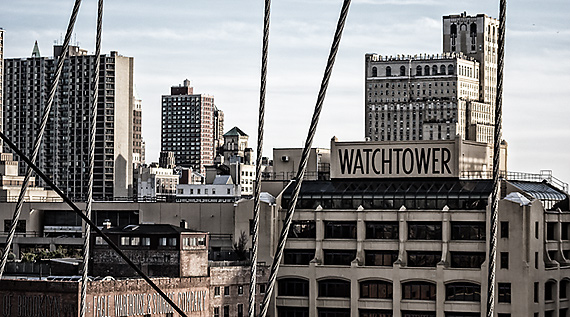 And one to the right 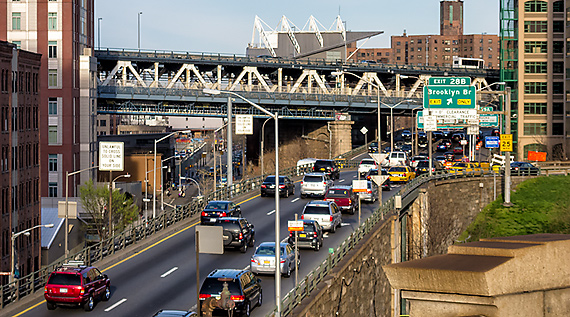 The bridges almost touch on their Brooklyn end

Back in the ‘hood 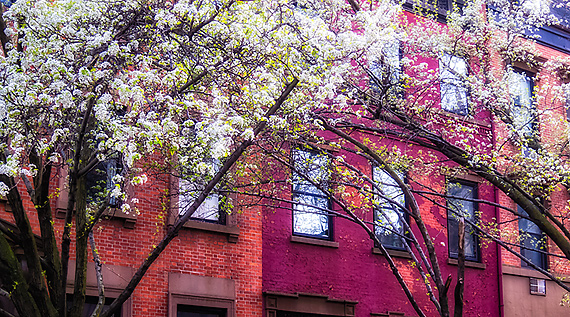