Transhumance to the Jersey Beaches

One gets desperate. With New York City waters looking mostly like cold, milked-down coffee, the need for cleaner ocean eventually reaches a tipping point and drastic solutions are sought.

One of these, draconian yet logical, is a trip to the infamous New Jersey beaches. Having researched the topic and asked around, you might decide to launch into such an expedition and set your sights on the Manasquan station, three stops north of Bay End, southern extremity of the North Jersey Coast Line.

Some 60 kilometers from home as the crow tiredly flaps its wings, Manasquan is located due south of Brooklyn, across the gaping mouth of the New York Harbor and much beyond its thin lower jaw called Sandy Hook. All and all, the train ride will be over 100 km long. 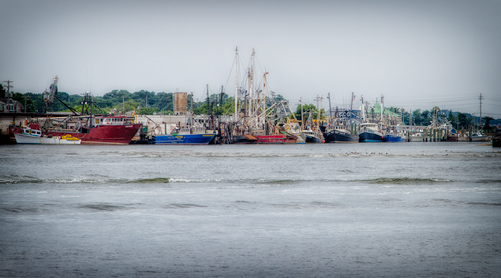 A double-decker New Jersey Transit train takes you there in a little over two hours. Even on cloudy summer Saturdays, transit is packed. From New York’s Penn Station, the train crawls under the Hudson River into Jersey, takes a sharp left south, rides past Newark Liberty Airport, around Staten Island and then cuts eastward, sea-bound, and reaches the Atlantic below Sandy Hook to keep going south to destination. Well, it doesn’t actually reach the ocean and rather skirts through endless seaside suburbs.

Once in Manasquan, a 20 minute walk through town from the main street and into a residential area leads you to shore. Taxis are waiting at the station for lazy travelers but the walk is pleasant and the streets quiet, lined with decent houses, not-too-ugly, not-too-fancy, just right if one can bear with the Jersey myth.

However having arrived in spitting distance of the beach, everything changes. The Fisherman’s Cove Conservation Area reveals no wildlife and no easy view of the marshes. Then you get to the dog-friendly beach. The quadrupeds are running all over the place and the bipeds are applauding. A family drags a long fishing net across the shallow waters of the inlet to catch everything alive, throwing away the crabs but keeping small fish for bait, including the very unlucky pipefish I can’t imagine anybody seriously sticking on a hook. 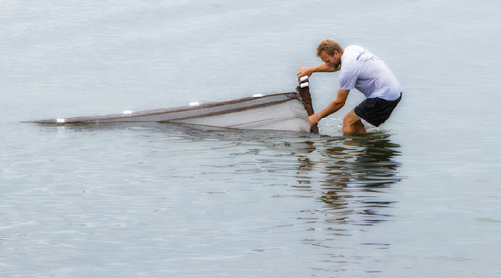 You keep walking east along the inlet shore and reach the foot of a long jetty. Boats are oozing in and out – pleasure crafts, fishing vessels and tourist traps. A noise and money-driven parasailer goes by and makes you think of the opening scene of the brilliant French comedy “La chèvre”.

From the jetty, a beach stretches north as far as the eye can see. It is not Cannes during the festival, but busy enough to be unpleasant to anyone who has lived for seven years on a 12-mile long Caribbean island with a population of 150 souls. Very dedicated beach-goers are challenging ridiculously small waves with surf boards. Idiots are spearfishing along the rocks in full snorkel gear and camo-colored wet suits, and to your delight walk out of the water empty-handed, useless but flashy free-diving fins in hand and the spear-gun still cocked.

You sit on the jetty for a while, letting the ocean talk to you, taking the scene in, looking for anomalies, concluding that they are the norm, glad you are not piled between towel and umbrella on the beach, deciding to leave soon.

On your way out, you walk through houses surrounding the beach and hear loud music, see lots of empty beer and liquor bottles left by doors and in gardens the night before, and hear more twisting off and popping open. You’re not unhappy to be leaving. The camera didn’t really get a workout. Neither did your dreamy mind.

As Astérix and Obélix agreed in a movie, “C’est une autre culture.” 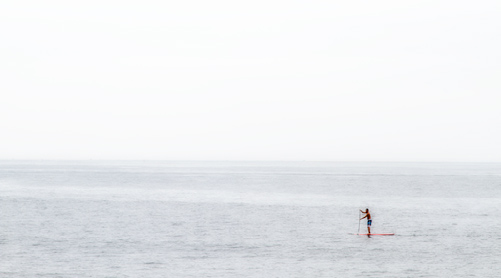 Out for a paddle 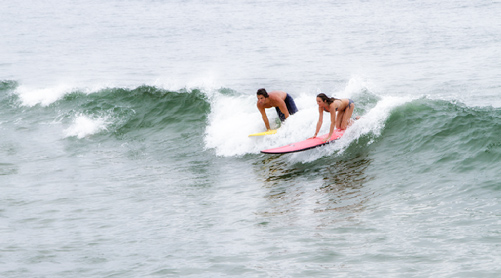 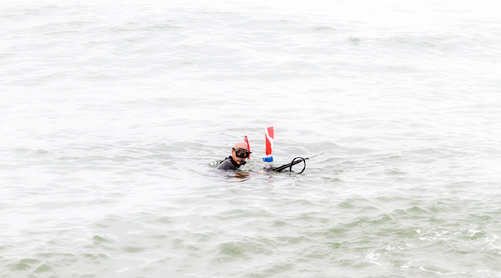 Back from abusing nature for fun

(The shots are a little soft and high key; this is due to my inner vision taking over my journalistic side. These are the pictures I wanted to see, rather than the ones I took.)