Abe was my first DSLR. She was a Canon Digital Rebel XTi (or 400D). Her name was a short for "Aberration chromatique", the French for, yes, you guessed it, chromatic aberration. Of which she didn’t suffer that much, but wasn’t totally free either. She succeeded to 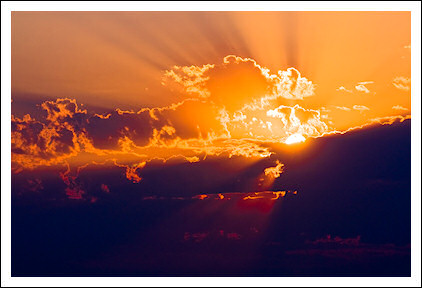 my trusted Canon G3 and has taken amazing pictures. For reference, Utah was shot with the G3, South Africa and most of my HDR with Abe. I loved them dearly.

A month ago, on a plane from Newark to Vancouver, a ride from here to there, a trip between longing and belonging, I had bought two photography magazines and spent most of the night – I was on a red-eye – reading about this year’s top-rated cameras and lenses. To my childishly excited surprise, the XTi had a new sibling, called the XSi, or 450D. Both magazines were reviewing it, and I soon realized that both reviewers had been charmed. My ears rose, my eyes watered and my tail wagged. So to speak.

I looked at prices. As it is happening in the computer field, camera designers these days are caught in a maelstrom of technological breakthroughs and exponential competition increase. 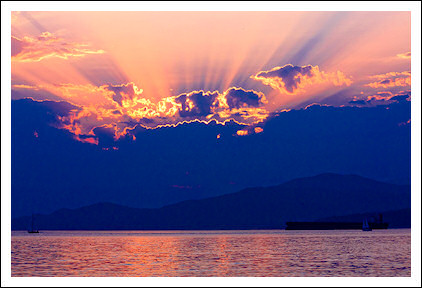 As a result, prices are dropping like pigeon poo out of the sky while the technology gets better and more incredible every year. I soon figured I actually had a chance to upgrade to the new model for a minimal expense. I was hooked.

Less than a month later, I am sitting at home with Abetoo throning on the table next to me while Abe is on her way to Southeast Asia with some dude. Such is life. Abetoo is a black body Canon XSi with the 18-55 IS kit lens, and I’ve switched my old Sigma 18-125mm DC lens for a Canon EF-S 55-250mm IS. Now let me get something straight: I am a poor photographer, as in broke, and these are a poor photographer’s tools. I am very aware of this and remain humble about the distance that separates my gear from that of professionals. But I afford what I can

and try to make the smartest moves possible, and I must say that this was a very sweet move indeed. Let me explain.

The XSi is the fourth generation of its kind. When Canon launched the first Digital Rebel, the 300D, it innovated by leaps and bounds and brought for the first time a reasonably priced DSLR to entry-level photographers. Since then, the market has gotten much more competitive with Nikon, Sony, Fujifilm, Pentax and Olympus all competing hard to appropriate their share of a very lucrative realm. The subsequent releases by Canon of the 350D and the 400D were received with mixed reviews, improvements having been modest and indecisive. The 400D was, however, one of the best selling DSLR’s of all times. 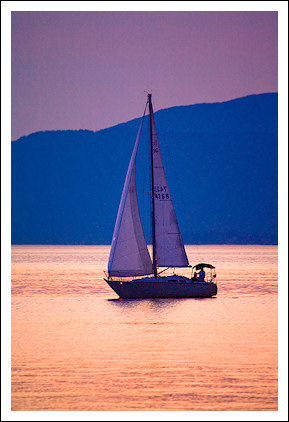 recent release of its 450D, Canon set the mark up once again and blurred the boundary between professional and entry-level cameras. Rather than cut their costs to a minimum, they decided to adopt many features available on their much pricier models in order to appeal to a more mature group of photographers. It has paid off.

The XSi is a little gem. It rivals its bigger and more expensive cousin the 40D in many areas and even beats it at times. Blessed by a new 12.2 megapixel CMOS sensor and the DIGIC III image processor, the new comer has already topped the 40D’s resolution. Its Live View modes have also been improved, and while the technology has by no means reached maturity, it’s quite a welcome and encouraging start. If you’re wondering what Live View is, it’s the ability for a DSLR to offer a live preview of the scene on-screen, the way all digicams do. For the longest time, I stayed away from DSLR’s for that very reason. I was so used to my G3’s rotating LCD screen that I couldn’t even remember the old days of framing through a viewfinder.

The XSi’s Live View is still raw and imperfect and yet was very much worth the wait. It offers a manual and two different autofocus modes. It’s not a feature I would use all the time, but it will, in some cases, prove to be invaluable.

Being equipped with an APS-C sensor (smaller than a full-frame sensor the size of 35mm film, compromising image quality slightly in exchange for space and cost reductions, and multiplying lenses’ focal range by about 1.6x), the XTi comes with an EF-S 18-55mm f3.5-5.6 IS lens that equals a 28-88mm on a full-frame camera. That’s ok. What’s really cool is the IS, Image Stabilization. Granted, it’s not top-of-the-line optics, but compared to the old kit lens, it seems to be better and most of all, the IS gains you up to 4 stops of usable speed!

The EF-S 55-250mm f4-5.6 IS (equivalent to a 88-400mm on a full-frame!) is even more remarkable for someone like me who had never used IS lenses before. It focuses faster and more accurately than my

Sigma did (which isn’t surprising since it is a Canon lens on a Canon camera) and a few nights ago, while shooting test pictures of boats on English Bay, I suddenly realized it was a half hour past sunset and I was still shooting hand held, full zoom, very acceptably sharp pictures (on the Auto ISO setting, which meant 200 to 800 ISO in the dim remaining light). Now that’s cool! So the EF-S 55-250 IS is just a very, very neat, extremely affordable lens.

What else? The XSi features many other new refinements, like 14 bits A/D image conversion, a larger 3.0 inch LCD with 170 degrees viewing angle, a dedicated ISO button on top of the body as well as in-view finder ISO reading, Tone Highlight and High ISO Noise Reduction, fast 3.5 frames a second shooting speed, auto ISO mode (not as perfect as Nikon’s but better than none), a revised, clearer and even more customizable menu display, a larger viewfinder, slightly improved ergonomics, spot metering, much improved battery life and excellent

The downsides are few; Canon has decided to switch to SD and SDHS from the original Rebel

line CompactFlash format, which means that upgrading implies new memory cards too. However with the rate at which prices are falling on these too, one can hardly complain. Same thing with the grip. Different solution. Mine hails from Honk Kong, but one gets what one pays for…

Also, the XSi is definitely built much, much less sturdy than the 40D. That’s both a blessing and a curse. If you are planning on abusing and banging your camera around, the 40D would be a better bet. However if traveling and mobility are your main concerns, then the XSi will shine. It’s incredibly light even with the 55-250mm and the grip mounted and will travel on your shoulder or in your bag barely noticed.

So for more pictures with the new gear, stay tuned.