Less than 2 weeks ago, Mozilla released its latest marvel, Firefox 3. The new browser is sleeker than most and includes exciting new features like the Smart Location Bar and Color Management support. However an exhaustive list of all the cool features would take pages and I’ll leave it up to you to do your research. 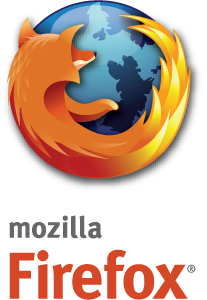 One thing I can tell you: if and when you switch to Firefox, you won’t come back, even if only because of its fantastic add-on architecture.

I’ve been having fun analyzing users habits and browser trends. It seems that Firefox users are generally much more aware of their browser’s capabilities and released updates, and to me that implies a different approach to the web and surfing. In other words, suddenly, I am thinking about tailoring my web design according to browsers in order to please a more targeted audience – and forgetting about the sacred rules of cross-browser compatibility, as it was suggested here. I wouldn’t go as far as dropping the ball completely for IE users and merely providing them with a laconic message like "Sorry. This site has been optimized for Firefox. Please switch browsers and come back later." That would be fun, though. But I must admit that the bulk of my efforts with CSS and scripting is beginning to focus on Mozilla and forget about IE.

Let me throw a few figures at you to illustrate my point. Internet Explorer 6 was released in 2001, buggy and messing with standard compliance; it was simply a bad browser and soon started losing ground to the new comer Firefox. 5 years later, in 2006, Microsoft unleashed IE7, hoping to stop the fall of its Windows-native browser. It failed. IE7 still cannot compete with Firefox, even if it did manage to regain some lost ground. But what’s interesting to me is that according to Google Analytics stats, 38% of my Internet Explorer visitors are still on IE6, 7 years after it was released and 2 years after a newer and better version came out.

Let’s look at Firefox. Version 2 rolled out in 2006. On June 17th, 2008, Firefox 3 was released in its final version. Yet, my stats show that 36% of my visitors are already using version 3, less than 2 weeks after its release. What does that say to me? They know what they want. They know what they don’t want. They’ll do something about it. My web site had better be polished otherwise they’ll go somewhere else.

"Well, but Firefox users probably do not yet represent such a large share of the crowd," you might think. Think again. As of today, 45% of my visitors are using IE, 42% are on Firefox, 8% on Safari and the rest is negligible. Wow. The gap has been bridged.

Watching the web evolve these days is plain and simple fascinating. You need to be alert. Things are changing so fast blinking at the wrong time will make you miss a supernova. I can’t wait to see what unfolds next. And all isn’t pretty on that front. A US telecommunications policy debate is raging about the future of Net Neutrality. Now that’s scary.

But then again, there is no doubt that the internet is the next Superpower, and Superpowers will fight to death to control it.